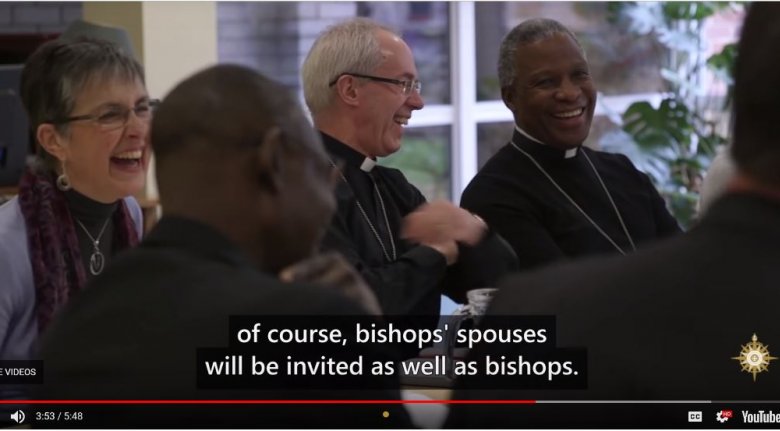 When the boundary markers of biblical and apostolic faith are set aside, confusion enters the Church.

The Secretary General of the Anglican Consultative Council has recently issued a statement about Lambeth 2020 to address what is described  as:

‘a misunderstanding that has emerged in some online blogs’ and announces that that ‘it would be inappropriate for same-sex spouses to be invited to the conference.’

However, to suggest there has been a ‘misunderstanding’ looks like an attempt  to deflect attention from the facts.  The Archbishop of Canterbury has changed the long-established convention that spouses are invited to Lambeth Conferences and contradicted the blanket statement he made in a recent video when he affirmed “of course, bishops’ spouses will be invited as well as bishops.”

The reason for this change in policy follows from another, which was to include for the first time at Lambeth 2020 same-sex partnered bishops in contrast to the policy of his predecessor, Archbishop Rowan Williams, who did not invite Bishop Gene Robinson and his same-sex partner to Lambeth 2008.

The depth of theological confusion is revealed by the fact that Dr Idowu-Fearon defends the decision to disinvite spouses in same-sex marriages on the grounds that such relationships are contrary to Lambeth Resolution I.10, while at the same time making it clear that the bishops who have contracted such unions will be invited.

On what possible moral or Scriptural grounds can such discrimination be practiced? The bishops who are being invited share the same lifestyle and the same beliefs about marriage as their spouses. And it is surely wrong to imply that their presence is somehow less of a problem than that of their spouses when, as supposed guardians of the faith, they are flouting the teaching of their Communion in one of the most personal ways possible.

Basic consistency clearly means that both partners should be invited or neither, and this is recognized on both sides of the argument. For example, Canon Jeremy Pemberton, a Church of England priest married to his same-sex partner, has commented “There is no sense to it. The basic problem is they don’t understand hospitality. The same-sex partners should be invited…it is not complicated.”

However, biblical consistency must go further. It does not focus simply on the lifestyle adopted, but is concerned with the bishops’ role as a guardian and a teacher of the faith. The only consistent way to uphold the teaching of the 1998 Lambeth Conference Resolution I.10 is to go beyond questions about individuals’ behaviour to focus on teaching, which is the position set out in Gafcon’s ‘Letter to the Churches’ of June 2018.

The ones who should be disinvited are those who fail to uphold the biblical standard, in word or deed, while those who do uphold it, but have not been invited, should be included. Instead, we have a token acknowledgment of Lambeth I.10 which is shamelessly used to exclude a few same-sex spouses while bishops from five provinces which have formally recognized such same-sex marriages are welcomed.

As the boundary markers of apostolic faith are being progressively removed, the need for the godly order which Gafcon brings, based on the doctrinal standard of the Jerusalem Statement and Declaration, becomes ever more necessary if the Anglican Communion is to fulfil its great purpose of giving clear and certain witness to Jesus Christ.