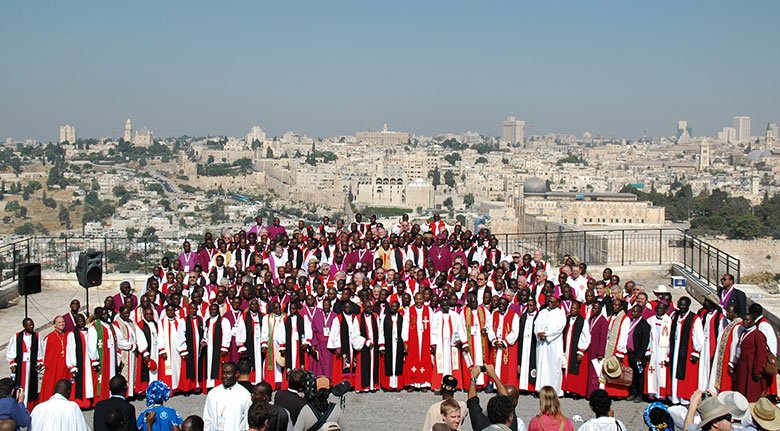 The origins of Anglicanism

Although Christianity arrived in Britain in Roman times, Anglicanism traces its roots to St Augustine’s mission to England in 597 AD.  At that time the church in England came under the authority of the Pope but in 1534 Henry VIII split the church from Rome.  In the period that followed known as the English Reformation, which was associated with the Protestant Reformation in Europe, the Church of England was formally inaugurated as the nation’s established church and has been ever since.

The spread of Anglicanism

Anglicans began to worship outside Britain as early as 1578 but the worldwide network grew vigorously during the 18th and 19th centuries through mission organisations sending workers throughout the globe, particularly to British colonies.  Soon bishops from the British Isles were leading dioceses in national churches and over time these became autonomous member churches united in one Anglican Communion.

GAFCON is steadfastly orthodox.  We stand by the founding principles and doctrines of the church which are rooted in Scripture as affirmed in the Jerusalem Statement and Declaration which states: “The doctrine of the Church is grounded in the Holy Scriptures and in such teachings of the ancient Fathers and Councils of the Church as are agreeable to the said Scriptures. In particular, such doctrine is to be found in the Thirty-nine Articles of Religion, the Book of Common Prayer and the Ordinal”.

Revisionists within the Communion would have the church move away from its Bible-based orthodox roots. They have ignored Paul’s warning not “not conform to the pattern of this world” (Romans 12:2) and have allowed western secularism to dominate their world view.  GAFCON is here to gather faithful Anglicans around the world to contend for the truth as passed down from the apostles.

Anglican faithfulness to our apostolic inheritance is symbolised by the practice of the laying on of hands by bishops at the consecration of a new bishop.  This practice is claimed to be in continuation of a line of apostolic succession going back to the earliest days of the Church, but it does not establish an unqualified right to recognition and spiritual authority. It is an empty symbol if bishops fail to be faithful successors of the apostles in their teaching.

The Apostle Paul sets out what is required of a faithful episcopate as with all ministers of the gospel, when he instructs Titus that an overseer ‘must hold firm to the trustworthy word as taught, so that he may be able to give instruction in sound doctrine and also to rebuke those who contradict it’ (Titus 1:9).