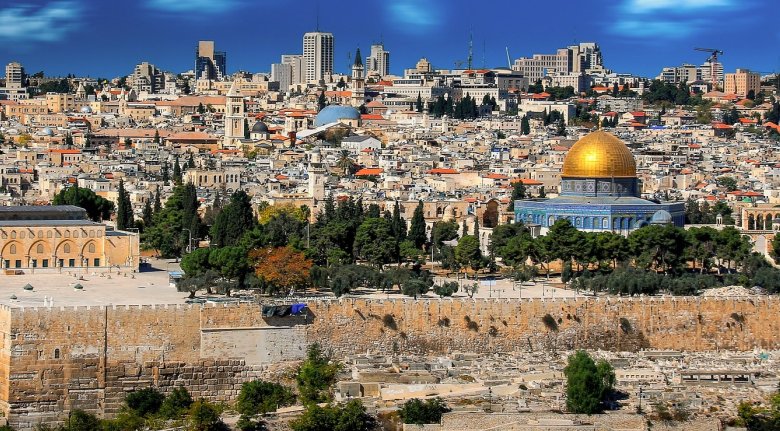 Jerusalem has a special place in the hearts of the GAFCON movement as it was the location of our very first conference back in 2008. The city stands as a constant reminder of the birth of the Gospel and the movement’s determination to remain true to the teachings of our Lord and his Word.

The old forms of governance within the Anglican Communion – the Primates Meeting, the Anglican Consultative Council and the Lambeth Conference of bishops, all of which the Archbishop of Canterbury is central in - are becoming increasingly compromised.

Looking back, it is clear that Archbishop Justin Welby’s apparent success in gathering nearly all the Primates of the Communion in Canterbury in 2016 was short lived.

The measures agreed by the Primates to distance The Episcopal Church (TEC) from Communion decision-making were completely undermined by TEC’s full participation in the Lusaka meeting of the Anglican Consultative Council just three months later. It is not therefore surprising that the Global South Primates have concluded that the old governance structures are ‘unable to sustain the common life and unity of the Anglican Churches worldwide’, as they stated in the communiqué from their Cairo conference in October 2016.

2. Change the communion from within

GAFCON’s work is growing, including its: online presence and resources, training initiatives, standing with orthodox Anglicans marginalised in their own provinces and dioceses, pioneering mission and building global networks. Our expanded 2018 meeting in Jerusalem has added further to this momentum.

People asked if we were meeting in Jerusalem to declare a break with Canterbury. The answer was emphatically “No.” That would be declaring an unnecessary war. Right now, many of the leaders in the developed industrial Provinces in the Anglican Communion have abandoned Gospel ministry in favor of falling in step with the surrounding culture. That decision cannot bear fruit. In GAFCON, we have the Gospel, and the Gospel is life. Rather than declaring war, we need to build the structures and relational networks that can move Gospel ministry forward to do evangelism, discipleship, church planting, and business as mission.

As we do that, what we do will prosper because it is based on the Gospel. Those within the Anglican Communion who try to move forward without life-giving Biblical Gospel mission will wither. Before long, we will see them shrinking to nothing, while the Bible based Gospel ministry that GAFCON engages, will bear more and more fruit. Eventually, it will be obvious even to the causal observer which path is life-giving.

Jerusalem 2018 was another great assembly where the Anglican Communion was free to truly experience communion, speaking and acting as a united family of Churches centred on the biblical Gospel rather than a theologically confused institution which can find little common ground.

In Jerusalem, we built networks of relationships, and worked on structures that will advance Gospel ministry around the world. In some places, there are terrible obstacles, but the Gospel will still prevail. GAFCON 2018 in Jerusalem has provided an opportunity to discern in concrete terms, how we are to carry the Gospel into the world. It has been one of the most exciting and fulfilling gatherings ever held in contemporary Anglicanism.

Here we have seen the vision of the Jerusalem Statement, formulated back in 2008 continue to unfold. As we stated then: ‘The primary reason we have come to Jerusalem and issued this declaration is to free our churches to give clear and certain witness to Jesus Christ.’