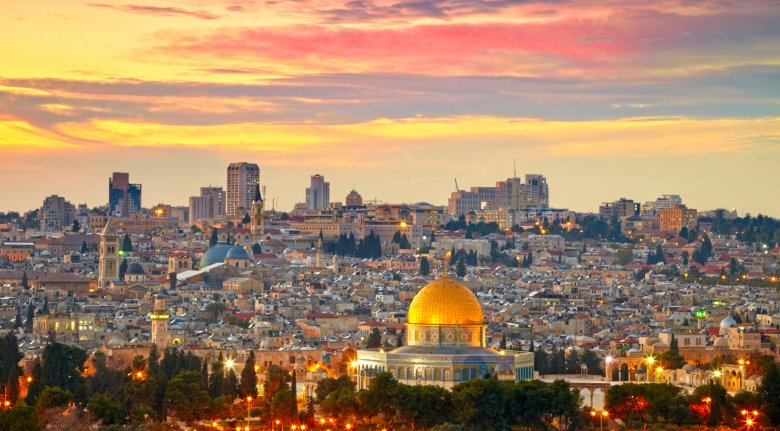 Praise the LORD!
It is good to sing praises to our God; for he is gracious, and a song of praise is fitting.

The LORD builds up Jerusalem; he gathers the outcasts of Israel. (Psalm 147:1-2)

Brothers and Sisters in Christ: We, the participants in the Global Anglican Future Conference, send you greetings from Jerusalem!

The Global Anglican Future Conference (GAFCON), which was held in Jerusalem from 22-29 June 2008, is a spiritual movement to preserve and promote the truth and power of the gospel of salvation in Jesus Christ as we Anglicans have received it. The movement is global: it has mobilised Anglicans from around the world. We are Anglican: 1148 lay and clergy participants, including 291 bishops representing millions of faithful Anglican Christians. We cherish our Anglican heritage and the Anglican Communion and have no intention of departing from it. And we believe that, in God’s providence, Anglicanism has a bright future in obedience to our Lord’s Great Commission to make disciples of all nations and to build up the church on the foundation of biblical truth (Matthew 28:18-20; Ephesians 2:20).

GAFCON is not just a moment in time, but a movement in the Spirit, and we hereby:

launch the GAFCON movement as a fellowship of confessing Anglicans
publish the Jerusalem Declaration as the basis of the fellowship
encourage GAFCON Primates to form a Council.

The future of the Anglican Communion is but a piece of the wider scenario of opportunities and challenges for the gospel in 21st century global culture. We rejoice in the way God has opened doors for gospel mission among many peoples, but we grieve for the spiritual decline in the most economically developed nations, where the forces of militant secularism and pluralism are eating away the fabric of society and churches are compromised and enfeebled in their witness. The vacuum left by them is readily filled by other faiths and deceptive cults. To meet these challenges will require Christians to work together to understand and oppose these forces and to liberate those under their sway. It will entail the planting of new churches among unreached peoples and also committed action to restore authentic Christianity to compromised churches.

The first fact is the acceptance and promotion within the provinces of the Anglican Communion of a different ‘gospel’ (cf. Galatians 1:6-8) which is contrary to the apostolic gospel. This false gospel undermines the authority of God’s Word written and the uniqueness of Jesus Christ as the author of salvation from sin, death and judgement. Many of its proponents claim that all religions offer equal access to God and that Jesus is only a way, not the way, the truth and the life. It promotes a variety of sexual preferences and immoral behaviour as a universal human right. It claims God’s blessing for same-sex unions over against the biblical teaching on holy matrimony. In 2003 this false gospel led to the consecration of a bishop living in a homosexual relationship.

The second fact is the declaration by provincial bodies in the Global South that they are out of communion with bishops and churches that promote this false gospel. These declarations have resulted in a realignment whereby faithful Anglican Christians have left existing territorial parishes, dioceses and provinces in certain Western churches and become members of other dioceses and provinces, all within the Anglican Communion. These actions have also led to the appointment of new Anglican bishops set over geographic areas already occupied by other Anglican bishops. A major realignment has occurred and will continue to unfold.

The third fact is the manifest failure of the Communion Instruments to exercise discipline in the face of overt heterodoxy. The Episcopal Church USA and the Anglican Church of Canada, in proclaiming this false gospel, have consistently defied the 1998 Lambeth statement of biblical moral principle (Resolution 1.10). Despite numerous meetings and reports to and from the ‘Instruments of Unity,’ no effective action has been taken, and the bishops of these unrepentant churches are welcomed to Lambeth 2008. To make matters worse, there has been a failure to honour promises of discipline, the authority of the Primates’ Meeting has been undermined and the Lambeth Conference has been structured so as to avoid any hard decisions. We can only come to the devastating conclusion that ‘we are a global Communion with a colonial structure’.

Sadly, this crisis has torn the fabric of the Communion in such a way that it cannot simply be patched back together. At the same time, it has brought together many Anglicans across the globe into personal and pastoral relationships in a fellowship which is faithful to biblical teaching, more representative of the demographic distribution of global Anglicanism today and stronger as an instrument of effective mission, ministry and social involvement.

A Fellowship of Confessing Anglicans

We, the participants in the Global Anglican Future Conference, are a fellowship of confessing Anglicans for the benefit of the Church and the furtherance of its mission. We are a fellowship of people united in the communion (koinonia) of the one Spirit and committed to work and pray together in the common mission of Christ. It is a confessing fellowship in that its members confess the faith of Christ crucified, stand firm for the gospel in the global and Anglican context, and affirm a contemporary rule, the Jerusalem Declaration, to guide the movement for the future. We are a fellowship of Anglicans, including provinces, dioceses, churches, missionary jurisdictions, para-church organisations and individual Anglican Christians whose goal is to reform, heal and revitalise the Anglican Communion and expand its mission to the world.

Our fellowship is not breaking away from the Anglican Communion. We, together with many other faithful Anglicans throughout the world, believe the doctrinal foundation of Anglicanism, which defines our core identity as Anglicans, is expressed in these words: The doctrine of the Church is grounded in the Holy Scriptures and in such teachings of the ancient Fathers and Councils of the Church as are agreeable to the said Scriptures. In particular, such doctrine is to be found in the Thirty-nine Articles of Religion, the Book of Common Prayer and the Ordinal. We intend to remain faithful to this standard, and we call on others in the Communion to reaffirm and return to it. While acknowledging the nature of Canterbury as an historic see, we do not accept that Anglican identity is determined necessarily through recognition by the Archbishop of Canterbury. Building on the above doctrinal foundation of Anglican identity, we hereby publish the Jerusalem Declaration as the basis of our fellowship.

We believe the Holy Spirit has led us during this week in Jerusalem to begin a new work. There are many important decisions for the development of this fellowship which will take more time, prayer and deliberation. Among other matters, we shall seek to expand participation in this fellowship beyond those who have come to Jerusalem, including cooperation with the Global South and the Council of Anglican Provinces in Africa. We can, however, discern certain milestones on the road ahead.

We, the participants in the Global Anglican Future Conference, do hereby acknowledge the participating Primates of GAFCON who have called us together, and encourage them to form the initial Council of the GAFCON movement. We look forward to the enlargement of the Council and entreat the Primates to organise and expand the fellowship of confessing Anglicans.

We urge the Primates’ Council to authenticate and recognise confessing Anglican jurisdictions, clergy and congregations and to encourage all Anglicans to promote the gospel and defend the faith.

We recognise the desirability of territorial jurisdiction for provinces and dioceses of the Anglican Communion, except in those areas where churches and leaders are denying the orthodox faith or are preventing its spread, and in a few areas for which overlapping jurisdictions are beneficial for historical or cultural reasons.

We thank God for the courageous actions of those Primates and provinces who have offered orthodox oversight to churches under false leadership, especially in North and South America. The actions of these Primates have been a positive response to pastoral necessities and mission opportunities. We believe that such actions will continue to be necessary and we support them in offering help around the world.

We, the participants in the Global Anglican Future Conference, were summoned by the Primates’ leadership team to Jerusalem in June 2008 to deliberate on the crisis that has divided the Anglican Communion for the past decade and to seek direction for the future. We have visited holy sites, prayed together, listened to God’s Word preached and expounded, learned from various speakers and teachers, and shared our thoughts and hopes with each other.

The meeting in Jerusalem this week was called in a sense of urgency that a false gospel has so paralysed the Anglican Communion that this crisis must be addressed. The chief threat of this dispute involves the compromising of the integrity of the church’s worldwide mission. The primary reason we have come to Jerusalem and issued this declaration is to free our churches to give clear and certain witness to Jesus Christ.

It is our hope that this Statement on the Global Anglican Future will be received with comfort and joy by many Anglicans around the world who have been distressed about the direction of the Communion. We believe the Anglican Communion should and will be reformed around the biblical gospel and mandate to go into all the world and present Christ to the nations.