The Blessings of the Global Church 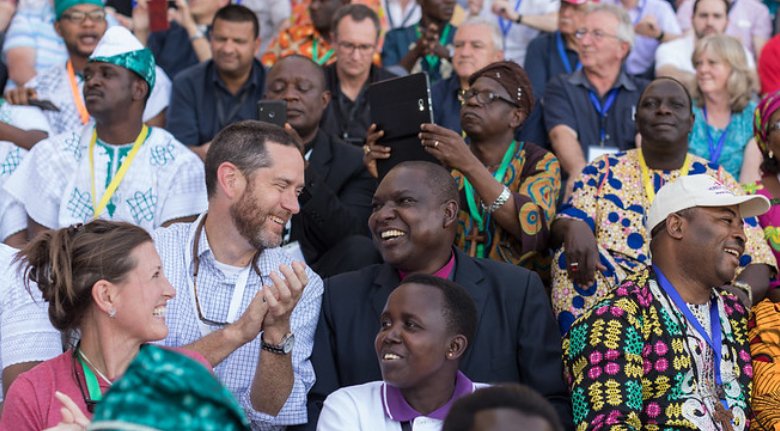 In August 2008 the Rt Revd Gavin Reid, former Bishop of Maidstone and leading evangelical, wrote an article for the Church of England Newspaper entitled ‘Why I am no longer an Anglican’.

Was he then withdrawing from the Church of England? No, far from it, but he had run out of patience with the Anglican Communion. Writing just after the first Gafcon conference had met in Jerusalem to launch a movement of Confessing Anglicans, he wrote ‘The crucial issue for us in England is how much we should allow ourselves to be driven by a controversy that basically belongs to the non-English provinces and is not, therefore, "Church of England"’ and ‘the Church of England is its own animal, and not just a local branch of Anglicanism Inc.’

For Reid, the Communion had become a threat to the ‘Englishness’ of the English Church; and such sentiments may have a renewed appeal in a post-Covid world. It is quite obvious that globalisation is going into reverse as national borders harden, international travel shrinks and nations look to be more economically self-sufficient.

So now seems to be a good time to remind ourselves of the blessings that flow from belonging to a global Church. This should not be strange to us. With the Reformers, we honour the early centuries of the undivided Church and, more importantly, we acknowledge that the Church is a creature of the unchanging Word with all that entails, including the expectation of a common life in the Spirit through space and time which anticipates, however imperfectly, the day when every tribe and nation will worship before the Lamb (Rev.7:9)

Of course, through time we have seen the Church fragmented as it has tried to take on a life and unity of its own making rather than the creaturely unity bestowed by God, but a response that honours Scripture and Anglican tradition is surely not to despair and withdraw, but to reform, which is of course what the Gafcon project seeks to do.

So what are the blessings that can come from being a global Communion? Firstly, since the Church is the creature of the Word, the coming together of brothers and sisters in Christ from widely different cultures is a means by which it may grow in holiness. As we come together in mutual accountability, our blind spots are revealed so that we can see the point where cultural adaptation crosses the line to become cultural compromise.  Without such mutual submission to the authority of Scripture the culture wars enter the Church, as the history of the Anglican Communion since 1998 illustrates so tragically.

The Word of God, secondly, is the Word of the universal Christ and the Church it brings into being is catholic because it is for the whole world, not to be appropriated by any one culture, even Englishness! If holiness is about a right control over culture, catholicity recognises the right freedom for cultural expression (as Article 34 hints). This mutuality has other very practical implications. For example, just as the Corinthian church gave generously to their brothers and sisters in Jerusalem, whom they had in all likelihood never met (Acts 11:29,30) so a global church should enable the blessing of material support for the impoverished.

Thirdly, the Church as the creature of the Word is to proclaim that Word. It is apostolic. This, for example, is what energises Gafcon as a global movement. Its vision is simply stated: ‘To see the Anglican Communion become a mighty instrument of God for the faithful proclamation  of the Gospel worldwide’. At its heart are Provinces formed through sacrificial missionary endeavour and a missionary Church cannot help but be global in its reach as that endeavour continues.

Historically, the Anglican Communion was something of an abstraction for all but a privileged few who could travel, but the rise of internet based communication, accelerating even more during the current pandemic, means that if we have the will to resist the temptation to retreat into our little worlds and the imagination to use the tools God has given us, the blessings of being a global Church can be experienced as never before.

Originally published for The Latimer Trust