The Integrity of the Anglican Church 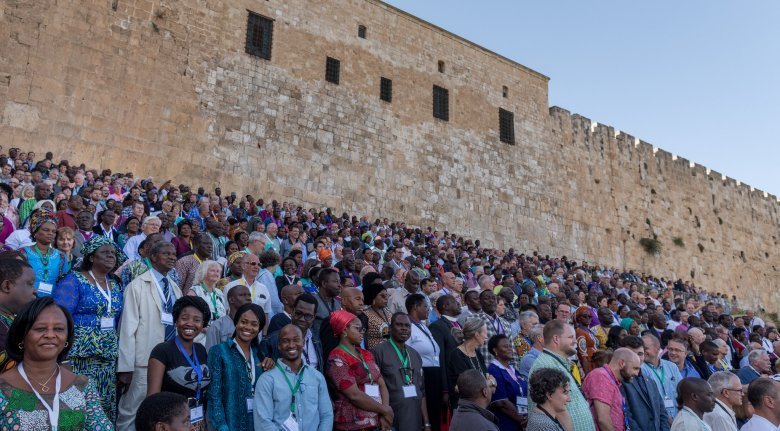 What gives Anglicanism its integrity? In this article, Charles Raven shows that this is ultimately a question of where we look for authority.

Sin and human frailty make it inevitable that any Church will have its failures of integrity in the latter sense, but Anglicanism has had a particularly contested history with regard to the former, from the Roman Catholic and Puritan critics of the sixteenth century, through the Commonwealth and disestablishment in the seventeenth century, the rise of both rationalism and Methodism in the eighteenth century to the early nineteenth century Tractarian critique of a Church which in their view had become little more than a branch of government.

The habitual ambiguity necessitated by containing these challenges led to a further question about the integrity of Anglicanism which surfaced in the mid twentieth century and is still very much with us today. It is the question of authority. In Report IV of the 1948 Lambeth Conference, ‘The Anglican Communion’, this highly prescient question was addressed, “Is Anglicanism based on a sufficiently coherent form of authority to form the nucleus of a world-wide fellowship of Churches, or does its comprehensiveness conceal internal divisions which may cause its disruption?”

The answer was to claim that Anglicanism has ‘a dispersed rather than centralized authority’ which is ‘distributed among Scripture, Tradition, Creeds, the Ministry of the Word and Sacrament, the witness of saints, and the consensus fidelium’. This concept of dispersed authority was later developed by Prof. Stephen Sykes in his book ‘The Integrity of Anglicanism’ to advocate the claim that authority is only ‘discovered’ rather than actually embodied in one clear reference point.

But how, exactly, do we recognise authority when we see it? The substance of Anglicanism is being reduced to an open ended quest rather than a body of doctrine, but a basic coherence will be maintained, he believes, based on liturgy and canon law which are held in common even when there are deep differences.

Anglican theology for Sykes is therefore ultimately a matter of judgement, but he seeks to rescue this from being hopelessly subjective by arguing that this judgement operates in a similar way to that of the novelist creating a convincing character for their chosen context. So even if we are actually making things up as we go along, there is still something recognisably Anglican because the creative process is drawing on the dispersed sources of authority.

As an account of Anglicanism at the time of writing in the late 1970’s this might have been just about plausible, but any such integrity has since been shredded by the experience of Anglicanism in the twenty-first century. What happens when novelists are captured by secular ideologies and lose the plot? The revisionist Provinces of the Communion are busy rewriting the Christian faith and tearing the fabric of the Communion. Liturgy, in which Sykes put so much hope, turns out to be mere window dressing. Dispersed authority was just an illusion, sustained by the dwindling spiritual capital of the past, which hid the reality of spiritual decay.

So where should we look to recover the integrity of Anglicanism? The response of one of its most prominent first defenders is instructive. Bishop John Jewel’s retort to a Roman Catholic critic who said, ‘Where was your Church before 1534?’ was ‘The church has been washed clean by its return to Scripture. After all, where was your face before you washed it this morning.’

In our day the Church needs again to be ‘washed clean by its return to Scripture’. This means recovering the Reformers’ understanding of Scripture. Gafcon, as a movement of Confessing Anglicans, is committed to precisely this. The reason why sophisticated programmes like that of Prof Sykes fail, and why the Archbishop of Canterbury’s much less sophisticated ‘good disagreement’ and ‘walking together’ strategy will fail, is that they take the institutional practices of the Church as a given and then seek to establish its integrity.

In contrast, the formative Gafcon Jerusalem Statement and Declaration takes the wording of the Church of England’s own Canon A5 and affirms its clear commitment to biblical authority in these words,

‘We, together with many other faithful Anglicans throughout the world, believe the doctrinal foundation of Anglicanism, which defines our core identity as Anglicans, is expressed in these words: The doctrine of the Church is grounded in the Holy Scriptures and in such teachings of the ancient Fathers and Councils of the Church as are agreeable to the said Scriptures. In particular, such doctrine is to be found in the Thirty-nine Articles of Religion, the Book of Common Prayer and the Ordinal. We intend to remain faithful to this standard, and we call on others in the Communion to reaffirm and return to it.’

Here we have the real source of the integrity of Anglicanism in an unabashed statement of what defines Anglican identity. Holy Scripture is the ground and standard of all authority in the Church and only when it occupies this role can the Church be washed clean. If it is relegated to just one source of ‘dispersed authority’ we are likely to be left with whitewash.