Warning from the Chairman 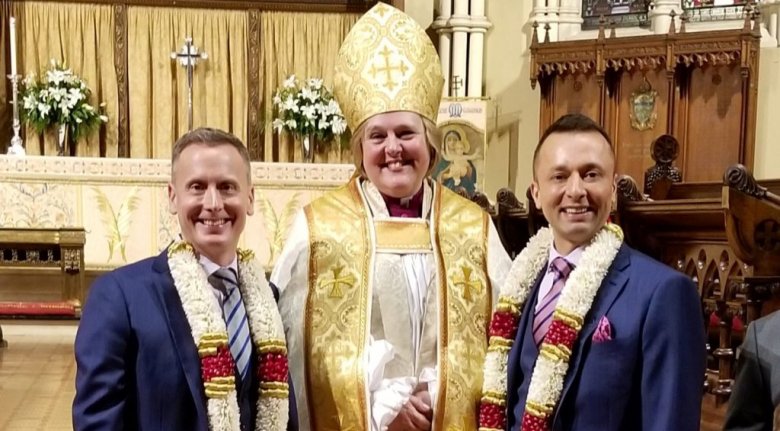 ‘We endure anything rather than put an obstacle in the way of the gospel of Christ’
1 Corinthians 9:12

Later this month I shall be travelling to Dubai for Gafcon 2019 to share fellowship with faithful brothers and sisters, many of whom will be coming from contexts where restrictions are imposed on Christian witness and faithful discipleship can be costly in many ways.

But I know that despite these hardships, our time together will be joyful because the gospel of God, the good news of our salvation and eternal life in Jesus Christ, will be at the centre of all that we do. I will never forget the moment when the Jerusalem Statement and Declaration was read at our first great assembly in 2008. There was an eruption of joy and thanksgiving such as many of us had never experienced before because we knew that our longing to see the biblical gospel restored in our beloved Communion was being fulfilled.

It came to light last month that the Archbishop of Canterbury’s newly appointed envoy to the Vatican had a history of disputing core Christian doctrine, including a widely circulated video in which he calls for people to be ‘set free’ from belief in a physical resurrection. Dr John Shepherd has responded by issuing a statement which apparently affirms belief that Jesus was raised bodily, but has not repudiated his previous statements to the contrary. Such confusion is itself an obstacle to the gospel.

We have also learned with deep concern that the Assistant Bishop of Toronto, Kevin Robertson, entered into a same sex union using the marriage service in St James’ Cathedral, Toronto. This step by the Anglican Church of Canada underlines the urgency of our advice in the Jerusalem 2018 ‘Letter to the Churches’ warning against attending the 2020 Lambeth Conference as currently constituted. For the first time assistant bishops and their spouses will be invited, so we can expect that Bishop Robertson and his partner will be attending and received in good standing.

Over two hundred bishops did not come to Lambeth 2008 as a matter of conscience because Archbishop Rowan Williams invited the TEC bishops who had approved the consecration in 2003 of Gene Robinson, a man in a same sex partnership, against the clearly stated mind of the 1998 Lambeth Conference, but even Archbishop Williams did not invite Gene Robinson himself on the grounds that he reserved the right not to invite bishops who had caused very serious division or scandal. But now it seems to be considered that a bishop can be married to a same-sex partner in a cathedral, by another bishop, and yet remain in good standing. I strongly commend Professor Stephen Noll’s article ‘Taking Sweet Counsel Together’ in which he shows how true Christian fellowship is not only a joy, but also a responsibility and must be based on true doctrine. Without that discipline, the Church is prey to the ‘fierce wolves’ St Paul warns the   Ephesian elders to beware of, even those who arise from within the Church and speak ‘twisted things’ (Acts 20:29,30).

With great sadness we therefore have to conclude that the Lambeth Conference of 2020 will itself be an obstacle to the gospel by embracing teaching and a pattern of life which are profoundly at odds with the biblical witness and the apostolic Christianity through the ages.

St Paul was prepared to ‘endure anything rather than put an obstacle in the way of the gospel of Christ’. Not only did he face great persecution, but he also gave up his rights to be accompanied by a wife and to legitimate remuneration. Let us likewise have the same determination and courage so we will not take part in anything that makes our Anglican Communion an obstacle to the gospel. Instead, let us press forward to fulfil the great aim we affirmed at the first GAFCON in 2008, to give clear and certain witness to Jesus Christ.

The Most Rev’d Nicholas D. Okoh
Archbishop, Metropolitan and Primate of All Nigeria and Chairman, the Gafcon Primates Council