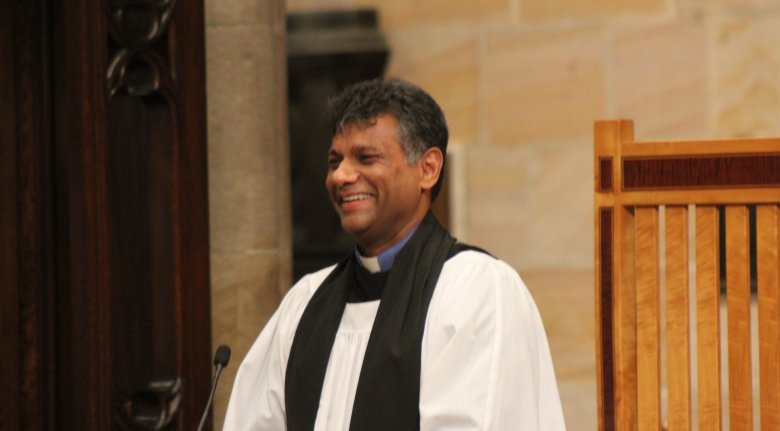 An open letter to the members of the Fellowship of Confessing Anglicans – Australia:

Grace and peace to you in the name of our dear Saviour Jesus.

I am writing to you on behalf of the Board of FCA Australia following the recent consecration of Canon Andy Lines as a missionary bishop to Europe, which took place in Wheaton Illinois, USA on Friday 30 June 2017.

FCA Australia Chairman, Dr Richard Condie, Bishop of Tasmania participated in the consecration, along with Board member, Dr Glenn Davies, Archbishop of Sydney and Bishop Gary Nelson of the Diocese of North West Australia. The consecration took place under the auspices of the Province of the Anglican Church in North America at the request of the GAFCON Primates, and the Australian bishops joined more than 50 other bishops including 11 Primates (presiding bishops within Anglican Provinces).

The Board of FCA Australia warmly and unanimously commends and supports the participation of the Australian bishops in the consecration of Bishop Andy Lines.

At the second Global Anglican Future Conference in Nairobi in 2013, the GAFCON Primates declared their intention to assist Anglicans whose dioceses or provinces departed from the teaching of Christ and his apostles, as set forth in Scripture, in relation to faith or ethics, including human sexuality and marriage.

In April of this year, the GAFCON Primates met in Lagos, Nigeria and announced that in light of appeals from former members of the Scottish Episcopal Church (SEC), they would consecrate a new missionary bishop to provide episcopal leadership for those outside the structures of any Anglican Province, especially in Europe.

On 8 June 2017, the Scottish Episcopal Church voted to change the definition of marriage to include couples of the same sex. Tragically, they join The Episcopal Church (USA) and the Anglican Church of Canada as the third of the Anglican Communion’s 38 Provinces to depart from the doctrine of Christ in this way. This is a clear departure from the teaching of Scripture and from the historic Anglican understanding of human sexuality and marriage, reaffirmed by Lambeth Resolution 1.10. Please pray for their repentance. The doctrine of marriage cannot be considered a subject on which faithful Christians can ‘agree to disagree’. The Apostle Paul includes same sex practice, along with heterosexual sexual immorality, theft, greed, drunkenness and slander as imperilling the eternal destiny of people. We fail to honour and obey the Lord Jesus Christ, and we fail to love same-sex attracted people when we content ourselves that this issue, upon which Scripture speaks so clearly is a matter of indifference. It is, on the contrary, a matter of salvation, and the Kingdom of God.

The Board of FCA Australia gives thanks to God for the provision of an experienced, godly and gospel-minded undershepherd, in the person of Bishop Andy Lines to provide encouragement and oversight to former members of the Scottish Episcopal Church, as well as churches that have been planted in England outside the structures of the Church of England, under the auspices of Anglican Mission in England. Allegations have been made that this step involves ‘cross border interventions’. This is misconceived. Bishop Lines’ ministry is to those who can no longer remain within Anglican Communion structures because of their own dioceses or provinces abandoning historic Anglican commitments to the rule of Christ through the Scriptures. Nevertheless, the seriousness of the issues involved may, in other circumstances, require even the extreme measure of ‘cross border’ responses. Do pray that such circumstances do not arise, and that rather, Anglicans will gladly welcome God’s good word about ourselves and our sexuality, marriage and family.

Following the consecration of Bishop Lines, the Australian Primate, Dr Philip Freier released a letter expressing concern over the participation of Archbishop Davies and Bishop Condie, both of whom informed him of their intentions and wrote to all Australian bishops to explain their reasons for attending. Links to all three letters are below.

The Primate’s letter is disappointing. First, he does not express any concern about the decision of the Scottish Episcopal Church to abandon the teaching of Christ and his apostles with regard to marriage. This is deeply disturbing, and an omission that the Board of FCA Australia finds inexplicable.

Second, the Primate says, “The consecration in the ACNA is not on any view an act in communion with the Anglican Communion and its member churches” (emphasis added). Presumably, the Primate means to say that the ACNA has not been recognised structurally by the instruments of the Anglican Communion. Sadly, this is true, though much to be regretted. However, the consecration of Andy Lines involved 11 Anglican Primates representing the vast majority of Anglicans worldwide. It is hard to see how this fails to be communion ‘on any view’. On the contrary, it might well be said that the consecration expressed the purest and most natural form of communion – the diverse people of God gathered by the gospel under the Lordship of Christ expressed through his Word and bound by his Spirit.

Third, the Primate suggests that the participation of the Australian bishops in the consecration is a matter subject to the National Constitution. On the contrary, the bishops were not obliged to seek the approval of the Primate, or any instrument of the General Synod, nor were they bound by his advice. They did seek and obtain the endorsement of their respective Diocesan councils.

As the Primate says, ‘communion’ is a gift. It is a gift of the gospel. The Lord Jesus reconciles people to one another, as they are reconciled to God the Father through his blood shed on the cross. In this way, there comes into existence a ‘unity in the Spirit’ which the parties did nothing to create, but which they are bound to express. The participation of the Australian bishops in the consecration of Andy Lines was precisely an expression of such fellowship. By sad contrast, the decision of the Scottish Episcopal Church has again ‘torn the fabric’ of the Anglican Communion, by abandoning the gospel rule of Christ that alone unites his people.

The Fellowship of Confessing Anglicans (GAFCON) exists to see the gospel prosper across the globe, and to provide fellowship to Anglicans who remain faithful to the doctrine of Christ in the face of heterodoxy at a diocesan or provincial level. The participation of Archbishop Davies, and Bishops Condie and Nelson in the consecration of Andy Lines as missionary bishop to Europe is entirely consistent with the goals of FCA Australia, and we warmly commend Bishop Lines to your prayers.

Pray too for our own Anglican church in Australia. Pray that Australian Anglicans will unite in guarding the good deposit that has been handed down to us, so that such desperate measures will not be required amongst us. Pray that our nation may be blessed, and the honour of the Lord Jesus Christ may be advanced through the building of his church by the prayerful proclamation of his glorious gospel.

Kanishka Raffel
Dean of Sydney
on behalf of the Board, FCA-Australia
12 July 2017

Neither Archbishop Davies nor Bishop Condie contributed to the composition of this letter.