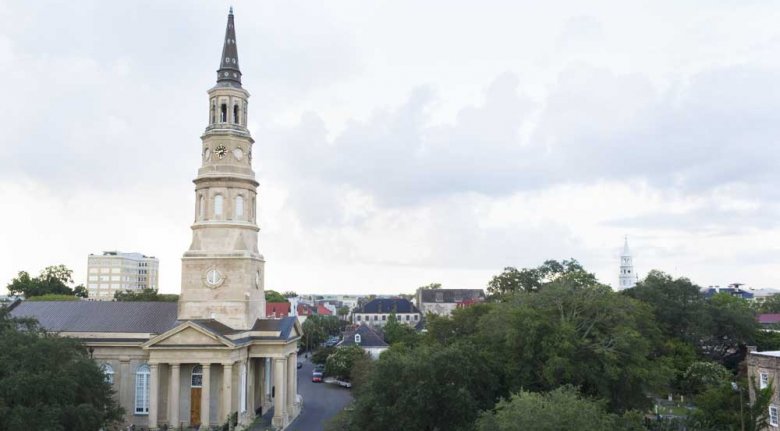 To the Faithful of the Global Fellowship of Confessing Anglicans and friends
from Archbishop Eliud Wabukala, Primate of Kenya
and Chairman of the GAFCON Primates’ Council

‘For what we proclaim is not ourselves, but Jesus Christ as Lord, with ourselves as your servants for Jesus sake.’ 2 Corinthians 4:5

Grace and peace to you in the name of our only Lord and Saviour, Jesus Christ.

The strength of Christian faith has been revealed in a most profound way by members of the Emanuel African Methodist Episcopal Church in Charleston following the shooting of nine of its members during a bible study by a gunman obsessed with white supremacist ideas. The true Christlikeness of this historic church, which has been no stranger to persecution in its past, was summed up by a victim’s relative who faced the gunman in court and said, “I forgive you and my family forgives you. Repent and give your life to Christ”.

In a different way, but also in the face of adversity, Bishop Michael Nazir-Ali has noted the strength of Christians who have gone through terrible suffering at the hands of the Islamic State. During his recent fact finding visit to Iraqi refugee camps at the invitation of the Chaldean Catholic Church he found surprisingly high morale and that, despite great poverty, the church run camps have worship, medical and educational provision and these are open to all.

Let us not neglect to pray for these communities and all our brothers and sisters who are seeking to follow Christ faithfully despite deep trauma.

In contrast, there are too many examples in the Church of weakness in the face of the subtle challenges of cultural and financial pressure. In Africa we are still too dependent in our thinking on outside agencies. This makes us vulnerable to relationships designed to buy influence and damages the integrity of our witness, while in the more economically developed world there is too often a fear of being out of step with secular culture. In this context I cannot avoid mentioning a very disturbing event in England. On Saturday 20th June, a Canon of York Minster blessed a ‘Gay Pride’ march of homosexual activists from the Minster steps, causing a senior clergyman in the Diocese of York to say “York Minster’s leading the way in the Gay Pride march is symbolic of what the Church of England’s leadership is doing generally on this issue – leading people away from the clear teaching of the Bible and the Gospel.”

In the face of such challenges, GAFCON exists to encourage work that will strengthen the Anglican Communion to be true to its biblical calling. One very promising initiative to help restore biblical truth in the life of the Church is the Anglican Church in North America’s recently announced Symposium on the ‘Domestic Church: Family Catechesis in Contemporary Society (October 15-17 2015 at Christ Church, Plano). I am sure they are right in their conviction that the renewal of the Church in the twenty-first century will not be deep and lasting unless the spiritual significance of the family unit is recognized and it is given its proper place as a means of discipleship, teaching and growth in the Christian life.

Also in North America, next month our GAFCON Ambassador Bishop Bill Atwood will be speaking at the International Congress of Catholic Anglicans. The GAFCON leadership is pleased to support this gathering recognizing we all need each other. Our Anglo-Catholic brothers and sisters enrich our fellowship and strengthen our stand.

We too in Kenya are seeking to equip our Christians with another Divine Conference hosted by All Saints Cathedral Nairobi 28th-30th August 2015 taking the theme ‘A Call to Holy Living’ (1 Thessalonians 4:7) and international visitors will be most welcome. One of our main speakers will be fellow GAFCON Primate Archbishop Foley Beach from North America.

GAFCON is also seeking to strengthen the life of its growing number of branches and last week our General Secretary, Archbishop Peter Jensen, was the main speaker at a well attended meeting in Belfast, Northern Ireland at the invitation of Irish members of the Fellowship of Confessing Anglicans in the UK and Ireland. Many present became GAFCON members.

Archbishop Jensen took the theme ‘What GAFCON means to me’. He reminded the meeting of the way that GAFCON had stepped in to stand with orthodox Anglicans as the Communion began to break apart and recognized the sacrifices made by many of those who now form the Anglican Church in North America.

He also praised the Church of Ireland House of Bishops for their courage in reaffirming the biblical teaching that marriage is by definition between a man and a woman, following the referendum result in the Irish Republic in favour of so called ‘gay marriage’. He contrasted their decision with that of the Scottish Episcopal Church’s General Synod earlier this month to remove the biblical definition of marriage from the canons of their Church and added that the cost of trying to hold both views together is to obscure the teaching of the Bible when it is in fact very clear, just at a time when a new spiritual darkness is falling on the Western world.

The partnership and encouragement that GAFCON offers as a global fellowship is therefore going to be needed more than ever as we commit to the re-evangelization of the West and develop new wineskins for the task. So let me give the last words of this letter to an extract from Archbishop Jensen’s address:

“…liberal Christianity has little appeal to non-believers. The ancient world did not heed Christian idol worshippers: it was won over by those who preached and lived the biblical gospel with passion. It was the difference which made a difference; the difference with real content. It was the message that Jesus Christ is Lord and that he rules through the Scriptures, the word of God. The ancient Christians out-lived, out-thought and out-loved their contemporaries. They did not do this by doubting the faith or changing it to suit the times. They did it by confessing the truth, even to death.”