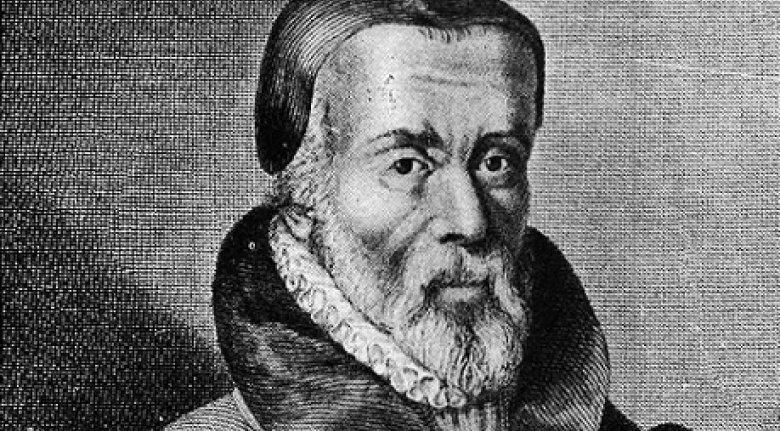 These, of course, were the last reported words of William Tyndale who was strangled and then burnt in 1536.

His crime? Translating the Bible into English.

His prayer? That King Henry VIII would allow the distribution of the English Bible.

Many a person, not least in today’s world, dies on an unrighteous cause. Courage unto death does not make the cause right.

Tyndale was a brilliant scholar. He not only mastered various languages, he was a   master of English. It is possible to produce a plodding and unattractive translation even on the Bible. Tyndale’s translation affected the whole course of English translations down to the present day. Most of the King James or Authorised Version came from him.

He was the Shakespeare of biblical translators.

But was his whole enterprise a folly? To his mind, the Church of his day was keeping back the truth in the cause of a religion which obscured the free grace of the gospel. He believed that the laity deserved to hear and read the Bible for themselves and that when they did so they would hear the gospel and be able to judge for themselves the truth or error in what they were being told.

If we think of the consequences for the Church of England we will see what happened. Think of the Prayer Books produced by Thomas Cranmer. Think of the way in which the Bible in the common language became absolutely central to the worship of the Church, with a lectionary which would take the daily worshipper right through the Bible each year. Indeed the New Testament would be read twice a year and of course – what a priceless gift this – the Book of Psalms was appointed to be read once a month.

Think of the way in which this promoted the truth of the gospel and won many souls for Christ.

Tyndale paved the way for all that.

Last month I read much of Tyndale’s writings. One thing is clear: he himself had encountered the loving God as he had read the word of God. The translation of the Bible was no mere academic exercise.

He spoke of the bible as being Law and Promise: the Law (not just in the Old Testament) awakens the conscience and made us aware of our hopeless state before the judgement of God.  The Promise (not just in the New Testament), centred on Jesus Christ and specifically the blood of Jesus, draws forth our faith by the power of the Spirit and enables us to stand, justified by faith alone before the throne of God.

He called this gospel, ‘good, merry, glad and joyful tidings that maketh a man’s heart glad, and maketh him sing, dance and leap for joy’.  You can tell that he leapt for joy himself.

The whole basis of the Church of England and the Anglican Communion is the Bible, the word of God. Tyndale believed in the clarity of scripture. Through the Bible the Lord rules over us.

Tyndale laid down that the Bible was to be read in its plain sense (not embroidered with allegories and the like), and that it was to be read as a whole, gaining the truth by comparing one part with another. If these rules were followed, then the plough boy could read it as well as the priest.

That is what is at stake in the present controversies. Is the Bible clear?  Is the Bible true? In suggesting that the teaching of the Bible (understood in one way throughout the history of the church, and still read like this by the vast majority of Christians) is confused or unclear, we are undermining the authority of God’s word.

The result is not merely ethical confusion, though that is bad enough. It is that the gospel itself, that which makes the sinner sing and dance and leap for joy, is thoroughly undermined. If sin is no longer sin, how can we call for repentance?

Three years after his martyrdom, the King licensed English Bibles to be placed in the parish churches of England. Praise God!