500 years on - does the reformation still matter? 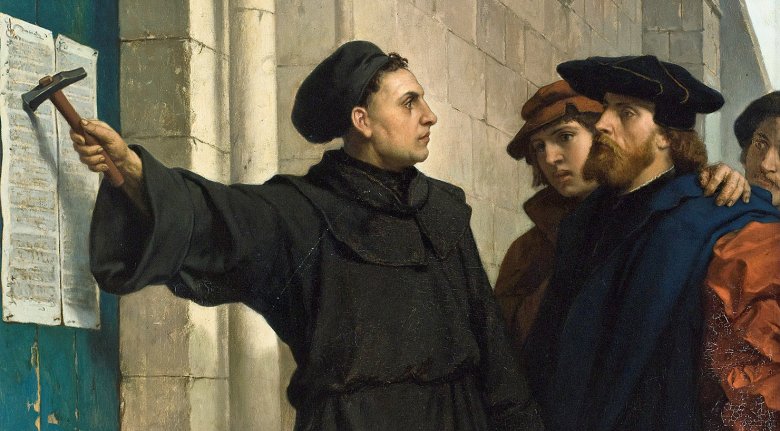 When all is said and done, the fundamental question for every human being is, ‘How can a sinner like me stand before God on the Day of Judgement?’

Does this still matter? There is only one answer.

Our English Bible, our Prayer Book and the Articles of Religion were the product of those who were prepared to lay down their very lives for the truths which had gripped them. As far as they were concerned, the gospel itself was at stake. And that was more important than institutional unity.

We should regret the way in which lives on both sides were taken for the sake of the truth. But this in no way lessens our appreciation of and thankfulness for, those who were martyred for the biblical gospel. Their faithfulness made the gospel available to us.

What did martyrs like Archbishop Thomas Cranmer emphasise? Well, first of all, the sinfulness of sin and the mortal danger of the human soul. How can a sinner stand before the Judgement Seat of God?

They gave a clear and biblical answer.

Down Proud Heart, Down Vile Clay

The first thing they stressed was the sinfulness of the human race.

They stressed that sin is universal. There is only once Person who has lived without sin.

They stressed that sin is deadly. We will be judged by God for our sins and we deserve his condemnation.

They stressed that sin is a transgression of the revealed will of God, especially in his commandments. Sin is an offence against God himself.

They stressed that we are inwardly corrupt. Even the evil desires of the heart are sinful in themselves.

They stressed that we are enslaved by sin. We cannot even begin to turn to God in our own strength.

They stressed that we are helpless to help ourselves. Even our good works are tarnished by sin.

The Church of England produced a set of official sermons, called ‘Homilies’. They were to be read to congregations as setting forth the beliefs of the Church based on Scripture.

In particular, the first five of these are worth our study today, because they set out the nature of the biblical gospel. The first homily is on the place of Scripture. The second homily sets out very clearly, ‘the Misery of all mankind’. Given the teaching outlined above, it is not surprising that the homily says to us:
‘Let us look down upon our feet, and then down peacock’s feathers, down proud heart, down vile clay, frail and brittle vessels.’

Sin constitutes the essence of the human problem and leaves us with no capacity to help ourselves. No amount of human preening and optimism can save us.

Secondly, the human race has an inveterately good opinion of itself. In particular, there have been cultural movement in the last centuries which have rejected the biblical account of our slavery to sin and our deserving of judgement and have inserted instead an optimistic account of human capacity and progress.

Unfortunately even some of the heirs to the Reformers in the Protestant Churches have embraced this unbiblical optimism. There has even been the suggestion that Christians can achieve perfection in this life. Often, too it has been taught that we must choose God and contribute something to our own salvation by good works.

Even more astonishing, we see in such movements as the prosperity gospel the worship of faith itself as though human faith is a power which will move God, instead of seeing it as taking all its strength from Jesus and exalting him alone.

This is all a long way from the Reformation re-statement of the gospel of God’s grace. If you want to see the Anglican teaching, you can study – and pray - the General Confession in the services of the Prayer Book of 1662.  You can also study Articles 9 and 10 of the 39 Articles and the Homily of the Misery of Man.

These sources will give you a very different account of what it is to be human from the optimism of so many in the Church and the world. And they will lay the proper foundation for understanding what God has done for us in Christ.