Ruritania, Authority and the Jerusalem Declaration 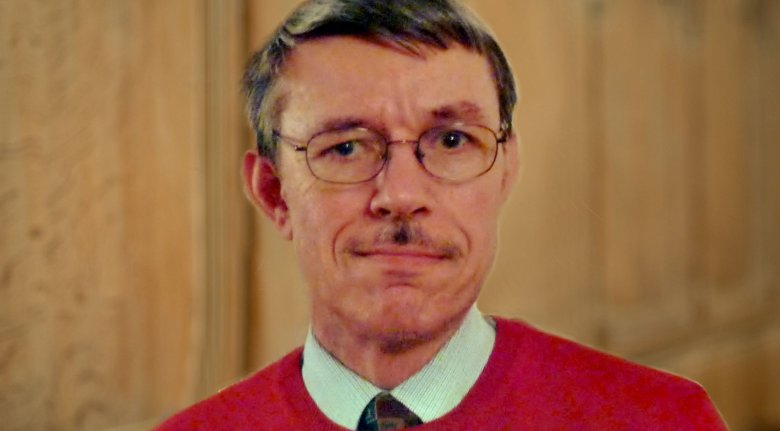 Just before the third GAFCON conference in June this year, Dr Martin Davie explained Clause 13 of the Jerusalem Declaration, and how every Christian ought to be able to sign up to it with a good conscience:

The third global GAFCON conference will be held in Jerusalem next week. Sadly, there are some people who feel that they cannot attend the conference because they cannot sign up to paragraph 13 of the Jerusalem Declaration, GAFCON’s statement of faith.

The paragraph in question runs as follows:

‘We reject the authority of those churches and leaders who have denied the orthodox faith in word or deed. We pray for them and call on them to repent and return to the Lord.’

In this paper I shall look at why this statement is one that every Christian ought to be able to sign up to with a good conscience and therefore should not be an obstacle to people attending the forthcoming meeting in Jerusalem.

What do we mean by authority?

To illustrate this point let’s consider the case of an imaginary country which, for the sake of argument, we shall call Ruritania after the fictional country invented by Anthony Hope.

Ruritania is a monarchy ruled over by a good and wise king. He is a wise and beneficent ruler and his subjects accept that he has the power and right to give orders, make decisions and enforce obedience, because they know that the actions that he takes will always be for their good.

One day, however, there is a rebellion in Ruritania. The king’s ministers depose the king, but they continue to rule in his name. However, the actions they take are ones which they decide and they are not for the good of the inhabitants of Ruritania, but purely for their own personal interests. When the Ruritanians discover what has taken place they deny that the ministers have authority to rule over them because, although they claim to be acting in the king’s name, what they are doing is not according to his will, but their own, and is not for the good of the king’s subjects.

How this relates to paragraph 13 of the Jerusalem declaration?

The example which we have just looked at of nominal as opposed to proper authority relates to what is said in paragraph 13 of the Jerusalem Declaration.

According to the Christian faith, God is the supreme king over all the world. He is ‘King of kings and Lord of lords’ (Revelation 19:16). Because God is infinitely wise, good and powerful and always acts for the good of his creatures, he has proper and universal authority. That is to say, he has the power and right to give orders, make decisions and enforce obedience, not just in relation to particular groups of people, but in relation to all human beings.

Like the ministers of the King of Ruritania, Christian churches and leaders possess a derived authority. They have the power and right in particular circumstances to give orders, make decisions and enforce obedience. As Article XX of the Thirty Nine Articles declares:

‘The Church hath power decree Rites or Ceremonies, and authority in Controversies of Faith.’

Churches and their leaders can rightly say to people what they should believe and what they should do. However, they act in God’s name and can only rightly exercise authority when they act in accordance with God’s will. When they do not do so they may still possess nominal authority, but like the wicked ministers in our fictional story they forfeit proper authority.

A classic biblical example of this distinction between nominal and proper authority can be found in Jeremiah 23:21-22:

‘I did not send the prophets,  yet they ran; I did not speak to them, yet they prophesied. But if they had stood in my council,     then they would have proclaimed my words to my people, and they would have turned them from their evil way,  and from the evil of their doings.’

The prophets whom Jeremiah is denouncing claimed to be acting in God’s name. They claimed to have authority from God to declare that the kingdom of Judah would be protected by God from the onslaught of the Babylonian empire. What Jeremiah is declaring, however, is that the authority they are claiming is purely nominal. They lack proper authority because the message they are giving to the people is not from God but from their own imagination.

A parallel point is being made in paragraph 13 of the Jerusalem Declaration. What it means by the ‘orthodox faith’ is the truth about God and his will that has been made known to us, partly through creation, but primarily through the biblical witness to God’s self-revelation in the history of Israel and in the life, death, resurrection and ascension of Jesus Christ.

What the paragraph is saying is that, however much nominal authority they possess, churches and church leaders lack proper authority when what they teach and what they do is not in accordance with the truth about God and his will that has been made known to us in this way. Like the prophets denounced by Jeremiah, they may claim to be speaking and acting on behalf of God, but their claim is bogus and needs to be rejected.

The paragraph then goes on to say that when people have acted wrongly in this way the demands of Christian charity mean ‘We pray for them and call on them to repent and return to the Lord.’ If we love them as we should, we cannot be content for them to persist in their error, but must rather take action to try to save them from it. Prayer and witness are the two ways in which we can do this.

Throughout the history of the Church both of these points have been accepted by Christians of all traditions. Christians have obviously disagreed in detail about what constitutes the orthodox (or as it has sometimes been called the ‘Catholic’) faith, but there has been general agreement that there is such a thing, that Christians do not have the authority to depart from it in word or deed, and that when people do depart from it Christians should pray for them and call upon them to repent.

The basic theological principles underlying paragraph 13 of the Jerusalem Declaration are thus part of the historic Christian consensus and for the reasons given above they are principles which all Christians should be able to accept.

Have churches and leaders rejected the orthodox faith?

Someone might still argue, however, that although they accept the basic principles underlying paragraph 13 they cannot accept the claim being made in it that there are churches and leaders today who have departed from the orthodox faith in word and deed and whose actions therefore lack authority and should be rejected. However, this claim is justified because there is no question that over the past two decades there have been churches and leaders within the Anglican Communion who have departed from the orthodox faith. They have done this by supporting same-sex sexual relationships and same sex marriages in word and deed and increasingly by also supporting the idea that it is right for people to claim a sexual identity that is at variance with their God given biological sex.

When they have done these things they have gone against the truth revealed to us in nature and Scripture that God has created human beings as male and female, with their sex determined by their biology, and that He has created them to have sexual intercourse with members of the opposite sex solely within the bounds of a permanent and exclusive marital relationship between one man and one woman (see Genesis 1-2 and Matthew 19:3-12, Mark 10:2-12).

It follows that they have acted without proper authority and that therefore, as paragraph 13 says, their claim to have authority to act in this way should be rejected by faithful Christians who should instead pray for them and call on them to repent and return to obedience to God.

What all this means is that there is no good reason for anyone to be unable to sign up to paragraph 13 of the Jerusalem Declaration and to therefore be unable to attend GAFCON.

What should acceptance of paragraph 13 mean in practice?

What it means in practice is first of all being prepared to say ‘no’ to teachings and acts that lack authority for the reasons described above. If a church or a Christian leader says that the Christians should teach things, or do things, or agree to things that go against the orthodox faith then Christians have to refuse to say them, do them, or agree to them. As St. Peter and the other apostles say in Acts 5:29 when ordered by the high priest to stop teaching in the name of Jesus, ‘We must obey God rather than men.’

Secondly, it means being prepared to call on the people responsible to repent. In line with Matthew 18:15-20 we should first of all raise our concerns privately with them, but if they do not respond it may become necessary to make our call for repentance public in order to bear clear witness to the truth which their actions have called into question (see the actions of St. Paul in response to St. Peter’s separation of himself from the Gentiles in Galatians 2:11-14). We should not make personal attacks on the people concerned, but we should be willing to explain courteously and clearly why we believe their actions are wrong and why we believe they need to desist from them.

Thirdly, it means praying for the people concerned. It will in the end be God through the work of the Spirit who will bring people to repentance and we need to pray seriously and persistently for this to happen. It is not enough to remain orthodox ourselves. We need to care for the spiritual well-being of those who have departed from orthodoxy and this means being faithful in prayer for them.

‘But you, beloved, build yourselves up on your most holy faith; pray in the Holy Spirit; keep yourselves in the love of God; wait for the mercy of our Lord Jesus Christ unto eternal life. And convince some, who doubt; save some, by snatching them out of the fire; on some have mercy with fear, hating even the garment spotted by the flesh.’ Jude 20:23.