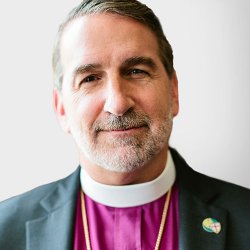 The Most Rev’d Dr. Foley Beach, Archbishop, Anglican Church in North America, Chairman of Gafcon since 2019

The Most Rev. Dr. Foley Beach is a graduate of Gordon-Conwell Theological Seminary, the School of Theology at the University of the South, and Georgia State University.  He has served in ministry with Young Life, the Episcopal Church, and the Anglican Church.  His passion is to share the Word of God in such a way as to help others discover the incredible living Jesus.

Archbishop Beach was the Rector and Pastor of Holy Cross Anglican Church in Loganville, Georgia from its founding in 2004.  In 2010 he was consecrated as the first Bishop of the Anglican Diocese of the South.  After election by the ACNA College of Bishops, he also began serving as Archbishop of the Province in 2014.

He is a regular radio broadcaster and shares years of Biblical and theological study in addition to more than 35 years of ministry experience as he shepherds the Anglican Diocese of the South.  Reaching out through the church, the radio, the internet, and newspaper columns in clear and concise ways, he brings out the principles of the Word of God so that listeners may apply them in their lives.

Married for more than 30 years, he and his wife, Allison, have two grown children.  Archbishop Foley Beach assumed his position as Chairman on 29th April 2019. 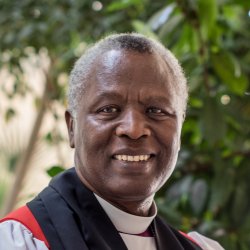 The Most Revd. Dr. Laurent Mbanda, Archbishop of the Anglican Church of Rwanda

Archbishop Laurent Mbanda was born in 1954.

While he was born in Rwanda, he spent a large part of his childhood in Burundi as a refugee. He graduated at the Kenya Highlands Bible College, in Kericho, Kenya, before returning to Burundi, where he was ordained an Anglican priest. He moved to the United States in 1984, where he completed an M.A. in Missiology at the Fuller Seminary's School of World Missions, in Pasadena, USA, an M.A. in Christian Education at Denver Seminary, USA and a PhD at Trinity International University, in Deerfield, Illinois, USA.

He was consecrated Bishop of the Diocese of Shyiria in March 2010. He was then elected the fourth Archbishop and Primate of the Province of the Anglican Church of Rwanda on 17 January 2018. His enthronement took place on 10 June 2018. He is a longtime supporter of GAFCON.

He is the author of the book 'Committed to Conflict: The Destruction of the Church in Rwanda' (1997), co-written with Steve Wamberg, about the Rwandan Genocide. He has also wrriten an autobiography 'From Barefoot to Bishop' (2017). 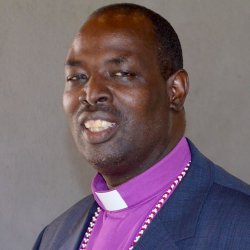 The Most Rev’d Jackson Ole Sapit, Archbishop of the Anglican Church of Kenya

Archbishop Jackson Ole Sapit was born in 1964.  He was converted as a young man while working as a translator for a CMS missionary and was ordained deacon in 1991 and priest in 1992.

After theological study to degree level in Kenya he attended Reading University in England and has an MA in Social Development and Sustainability.  Following his return to Kenya, he was Diocesan Mission and Development Coordinator for the Diocese of Nakuru and then in 2005 he was consecrated as Suffragan Bishop in Kericho Diocese in Western Kenya, becoming the Diocesan Bishop in 2008.

As a bishop, he was particularly concerned for youth outreach while his development interests led to him becoming Chairman of the Anglican Church of Kenyan’s development arm, Anglican Development Services in 2012.  He was consecrated as the sixth Archbishop of Kenya on Sunday 3rd July 2016. The Most Revd. Miguel Uchôa Calvacanti , Archbishop of the Anglican Church in Brazil

He has a post-graduate degree in Theology, and is passionate about the expansion of the Church among the next generation. He has two sons, Gabriel and Matheus, and is married to Juliane. His hobbies include surfing! 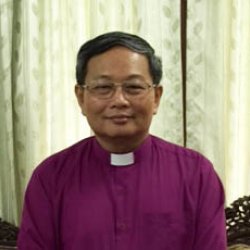 The Most Revd. Stephen Than Myint Oo, Archbishop of the Church of the Province of Myanmar

Stephen Than Myint Oo was born in 1958. He has been the Primate and Archbishop of the Church of the Province of Myanmar and Bishop of Yangon since 2008.

He was elected bishop of the Diocese of Hpa-An in 2005. He was in office until his election as the 6th Archbishop of Myanmar, at the general synod held at Holy Trinity Cathedral in Yangon on 15 January 2008. His enthronement took place on 17 February 2008 when he was also enthroned the 13th Bishop of Yangon.

He is also the global trustee of the Anglican Relief and Development Fund. 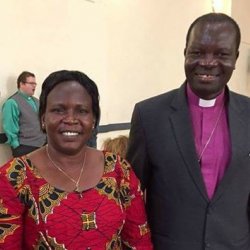 The Most Revd. Justin Badi Arama, Archbishop of the Episcopal Church of South Sudan

He was confirmed in the Anglican faith when was 16 years old and was ordained as an Anglican priest in 1995. He served as Cathedral Dean, Archdeacon and Diocesan Secretary before being elected the second bishop of the Diocese of Maridi in 2001. He was elected Archbishop and Primate of the Province of the Episcopal Church of South Sudan on 20 January 2018. His enthronement took place on 22 April 2018.

He married his wife, Modi Joyice in 1984 and they have four children, two boys and two girls. 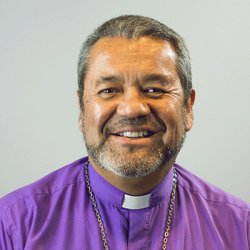 He was raised in a nominal Roman Catholic family but he wasn't particularly religious. He attended a Roman Catholic School and received the sacraments of Baptism and the First Communion. He was 17 years old when a friend invited him to visit an Anglican church, and it was there that he heard the Gospel clearly preached for the first time. He converted to Anglicanism and studied at the Trinity Episcopal School for Ministry, in Pittsburgh, United States. In 2000 he became bishop of the Anglican Diocese of Chile, comprising the entire country of Chile. In November 2010 He was elected unanimously to be the first Latin merican and Chilean Presiding Bishop of the Anglican Church in the Southern Cone of America, at the Synod held in Buenos Aires, Argentina, at their 10th Provincial Meeting. He served for three years and was reelected in 2013.

He has been a keen supporter and member of the Fellowship of Confessing Anglicans and the Global South Primates Council. He attended the GAFCON II meeting, in Nairobi, Kenya, at 21–26 October 2013, and GAFCON III 18th - 22nd June 2018 in Jerusalem. 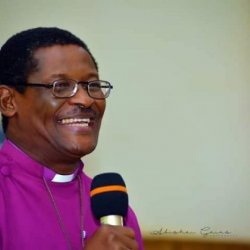 Primate of the Church of Nigeria (Anglican Communion) 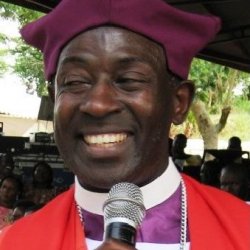 Primate of the Church of Uganda

Kaziimba was ordained in December 1990 by Bishop Livingstone Mpalanyi Nkoyoyo. He served as Assistant Vicar at Nakibizzi Parish, Buikwe District, from 1990 to 1994. He then served as parish priest at Katente Parish from 1997 to 2000. From 2000, he was the Vicar of Mukono Cathedral. On 1st March 2020 he was enthroned as the Primate of the Church of Uganda and Bishop of Kampala. 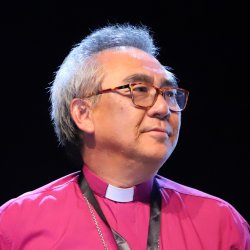 The Most Revd. James Wong Yin Song, Archbishop and Primate of the Anglican Province of the Indian Ocean, and 4th Bishop of The Seychelles

He was previously the Archdeacon of Mauritius and the Rector of St Thomas' Beau Bassin. Wong was granted Seychelles citizenship on 11 May 2017. He was elected Archbishop of the Province of the Indian Ocean on 26 August 2017, assuming office the following day.