Why the Arguments for a Third Way do not Work 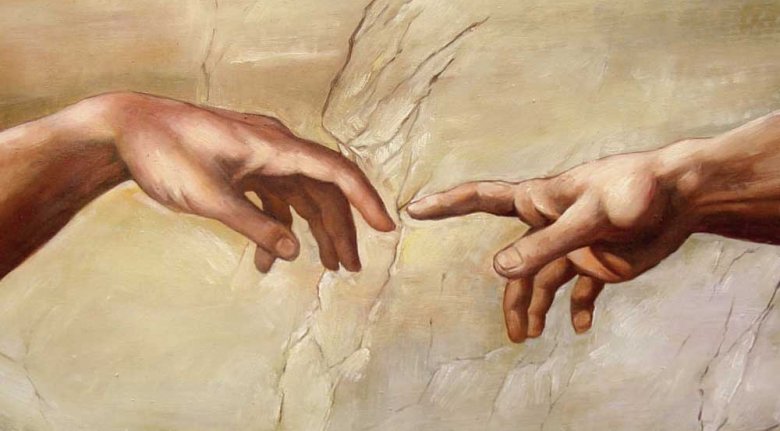 This morning I was listening to a sermon preached recently at an Evangelical Anglican church that argued for a third way between the conservative and liberal approaches to the issue of human sexuality. This third way would consist in being willing to live with difference over this issue in the same way that we manage to live with differences in the church over a whole host of other issues.

In the sermon three grounds were given for taking this approach. Firstly, it would be a manifestation of the combination of grace and truth referred to in John 1:14. Secondly, it would be a recognition that differences about sexuality are not differences about dogma, or about church doctrine, but about matters of opinion. Thirdly, it would be in line with the pattern of behaviour set out by St. Paul in Romans 14 and 15 and summarised by the injunction in Romans 15:7 ‘welcome one another, therefore, as Christ has welcomed you, to the glory of God.’

It seems likely that in the months to come there will be strong pressure on Evangelicals in the Church of England who are not willing to go all the way in accepting same-sex relationships to at least adopt this kind of third way approach and so in this post I want to explain why I think the three arguments for this this approach noted above are mistaken.

The reason that the first argument is mistaken is because it does not do justice to what St. John is saying in John 1:14.

The problem with this argument is that it fails to read John 1:14 against the background of the Old Testament. As a number of commentators have pointed out, the pairing of ‘grace’ and truth’ in John 1:14 is a deliberate echo of the regular pairing of ‘steadfast love’ and ‘faithfulness’ as a description of God in Old Testament passages such as Genesis 24:27, Exodus 34:6 and Psalm 25:10. [1] God’s ‘grace’ is his steadfast and merciful love to his oppressed and disobedient people and God’s ‘truth’ is his faithfulness to his promises to be merciful. Both of these are manifested in Jesus, the person in whom the God of the Old Testament is incarnate, because through his death and resurrection he delivers God’s people from sin and death and thus shows God’s faithfulness to his promises and hence his truthfulness.

The relevance of this to the debate about sexuality is that sexual sin, including the sin of same-sex sexual activity, is part of the life of sin and death from which God in Christ has delivered his people (see 1 Corinthians 6:9-11 and Romans 1-8 throughout) with the corollary that such sin should no longer form part of their lives. As St. Paul puts it in Romans 6:12-14, because the grace of God means that we have died and risen with Christ:

A church, therefore, that is willing to accept same-sex sexual activity (or any other form of sexual sin) is a church that has ceased to truly believe in the grace and truth of God revealed in Jesus Christ.

The reason the second argument is mistaken is because the conservative position on human sexuality is not just a matter of individual opinion, but is a matter of doctrine and dogma.

It is a matter of doctrine because doctrine is what the churches have officially taught and until very recent times all Christian churches have taught that same-sex sexual activity is sinful and to be shunned by God’s people. St. Vincent of Lerins once famously said that Catholic doctrine was that which was believed ‘at all times, everywhere, and by everyone’[2] and the sinfulness of same-sex activity (like that of all forms of sexual activity outside of marriage) comes into this category. As S Donald Fortson and Rollin G Grams put it in their book Unchanging Witness, the study of the relevant texts reveals unequivocally ‘that the Fathers, Reformers, Evangelicals, Pentecostals, Roman Catholics and Orthodox churches are unanimous in their condemnation of homoerotic behaviour among those who profess Christ as Lord.’[3]

It is also a matter of dogma, in the sense of being part of the essential core of orthodox Christianity, because the Church’s historic position about sexuality is part of its fundamental belief in ‘God the Father Almighty, maker of heaven and earth.’ This belief involves accepting the witness borne by Genesis to God’s creation of the world and of the human race and this in turn means accepting what Genesis has to say about God’s creation of humanity and the sexual ethic that follows from this.

According to Genesis, God created humanity as a sexually dimorphic species consisting of male human beings and female human beings (see Genesis 1:26-28, Genesis 2 and Genesis 5:1-2) and that as part of their calling to rule over the world on God’s behalf God’s male and female human creatures are called to ‘be fruitful and multiply’ (Genesis 1:28). Furthermore, the context established by God for this procreation to happen is marriage, a lifelong, exclusive sexual relationship between one man and one woman (Genesis 2:24, see also Matthew 19:3-9).

It is this understanding of God’s creation of humanity and his establishment of marriage as the proper context for sexual activity that provides the framework for the rest of what the Bible has to say about marriage and sexuality and that has formed the basis of what the Christian Church has historically taught about them. The unanimous rejection of same-sex sexual activity noted above has been because it is a form of sexual activity that does not take place between men and women in marriage and is intrinsically closed to the procreation of children. It thus contravenes the way that God has created human beings to be (which is the point that St. Paul makes in Romans 1:26-27).

The reason the third argument is mistaken is that St. Paul’s teaching in Romans 14:1-15:13 is based on the fact that it is possible for Christians not to observe the laws regarding particular foods or particular days and still live a life of obedience to God. This is because the death of Christ abolished those aspects of the Jewish law relating to clean and unclean foods and the observance of particular religious festivals, thus overcoming the division between Jews and Gentiles that these aspects of the Jewish law created (see Ephesians 2:11-22).

This meant that issues about what foods to eat or what festivals to observe (or not observe) were matters on which individuals were free to make their own decisions. However, this did not mean that St. Paul thought that Christians could simply do what they liked on these matters. There were Christians for whom observing Jewish festivals, not eating non-kosher food and not eating food associated with pagan idolatry were matters of religious importance. According to St. Paul their convictions needed to be taken seriously and other Christians who took a more permissive attitude should not abuse their freedom by acting in a way that would cause conscientious difficulties for their more conservative brothers and sisters.

Nowhere in the New Testament, however, is sexual ethics seen as a matter on which there is liberty for Christians to take different approaches. In the New Testament the Old Testament laws regarding sexual conduct are seen as still in place and applicable to all Christians (see Matthew 5:27-30, Acts 15:29, 1 Thessalonians 4:1-8). Transgression of them is seen as a matter which needs to entail the transgressor being subject to disciplinary exclusion from membership of God’s people in this life (1 Corinthians 5) and which carries with it the danger of eternal separation from the life of God’s kingdom in the world to come (1 Corinthians 6:9-11, Galatians 5:18-21, Revelation 21:8).

The New Testament thus firmly closes the door on any idea that sexual ethics is a matter on which Christians are free to have different beliefs and observe different practices. There is a basic pattern of sexual conduct involving fidelity within (heterosexual) marriage and abstinence outside it that all Christians without exception are expected to observe. In historically forbidding same-sex activity the Christian Church has simply remained faithful to this pattern.

For the reasons I have just given, the arguments for a third way between conservative and liberal approaches on sexuality do not work and Evangelicals in the Church of England should resist pressure to go down this route.