The Gafcon Missionary Bishop for Scotland and Europe 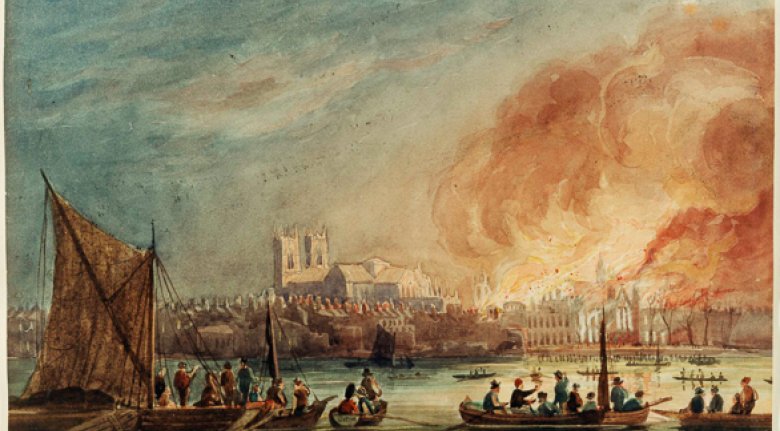 On Friday June 30, 2017, the Rev. Canon Andy Lines will be consecrated in Wheaton Illinois (USA) at the Third Provincial Assembly of the Anglican Church in North America (ACNA), the Most Rev. Dr. Foley Beach Presiding. The consecrating Bishops will be acting on behalf of the Global Anglican Future Conference (GAFCON), and Canon Lines will become its first Missionary Bishop to Europe.

Canon Andy Lines’ consecration will not be irregular or invalid.  His Holy Orders in the Province of South America have been duly and lawfully transferred to, and likewise received by, the ACNA. He will be consecrated by acting primates, archbishops and bishops of the Anglican Communion. His consecration will fall within the historical tradition of faithful Bishops who have created order in the Church during times of crisis. These are times when faith and doctrine have been threatened by others’ failure to guard against false teaching—or worse, have actively promoted such false teaching. One can trace this all the way back to Athanasius and the crisis of Arianism in the early Church. Faithful bishops like Athanasius disregarded the boundaries and autonomy of Arian dioceses in order to consecrate Biblically faithful bishops for Biblically faithful Christians. The consecration of a missionary bishop by GAFCON for Europe is as much an emergency as the consecrations that Athanasius and other faithful bishops performed, and just as necessary to guard the faith and order of the Church and prevent spiritual harm to biblically faithful Christians.

We call these emergencies “exigent circumstances.” Although this is a legal term used in criminal courts for circumstances in which the potential death of a victim, flight of a felon or destruction of evidence justifies an emergency search or seizure that overrides the freedom, autonomy and constitutional rights of a suspect, “exigent circumstances” have also been the grounds for faithful Bishops, clergy and laity to take emergency action to guard the faith and order of the Church. I recently wrote about Exigent Circumstances in the Anglican Communion, citing the works of Paul Avis, Francis Oakley and Brian Tierney for the precedent of such “emergency action” which we see in the development of  the great reforming Councils of the Roman Catholic Church during the Great Schism (1378-1417).

There are four conditions for such emergency action that I cited in that article:

Does the consecration of Canon Andy Lines as the first GAFCON Missionary Bishop to Europe meet these conditions?  Yes, it most certainly does:

Even the Secretary General of the Anglican Communion Office, The Right Rev. Josiah Iduwea Fearon, who is a critic of GAFCON, released the following statement:

“Today’s decision by the SEC to approve changes to canon law on marriage is not a surprise, given the outcome of the vote at its Synod a year ago.  There are differing views about same-sex marriage within the Anglican Communion but this puts the Scottish Episcopal Church at odds with the majority stance that marriage is the lifelong union of a man and a woman. This is a departure from the faith and teaching upheld by the overwhelming majority of Anglican provinces on the doctrine of marriage. The Anglican Communion’s position on human sexuality is set out very clearly in Resolution 1.10 agreed at the Lambeth conference of 1998 and will remain so unless it is revoked.” (emphasis added).

The Bishop of Maidstone (Church of England), the Right Rev. Rod Thomas, went even further:

“The decision by the Scottish Episcopal Church (SEC) to change its canons of marriage in order to allow same-sex marriages in church is very serious. By its actions it is denying the goodness and authority of God’s Word to us in the Scriptures…. [the issue of sexual relationships] goes to the heart of what God has made us to be, and of His great design to free us from sin for eternal salvation. I therefore welcome the steps that GAFCON (the global fellowship of orthodox Anglicans) is taking to support those who are seeking to stand firm by the Bible’s teaching on marriage and sexual relationships, and wish to assure Canon Andy Lines of my prayers as he becomes a missionary bishop.”

In other words, the false teaching on Christian marriage now actively promoted by the leaders of the Scottish Episcopal Church is not only contrary to the teaching of the overwhelming majority of Anglicans on marriage, but also contradicts the goodness and authority of God’s word to which the Church has ascribed for almost two millennia.

More Provinces or Churches of the Anglican Communion, principally in the secular West, are likely to follow the example of TEC, Canada and now Scotland. This false teaching on marriage challenges the catholic or universal faith of the Church, which is believed by all Christians in all places (the “overwhelming majority”) at all times (the authority and goodness of God’s word).

“When the foundations are being destroyed, what can the righteous do?” (Psalm 11:3)

Their Primus or principal Bishop defended and promoted the change. In Nairobi at GAFCON 2013, the GAFCON Primates promised to authenticate, recognize and protect faithful Anglicans who could no longer stay in Churches whose bishops promote or tolerate false teaching. In the Communique from their April 2017 meeting, the GAFCON Primates warned that they were prepared to consecrate a Missionary Bishop for Scotland and Europe if the SEC voted to approve same sex marriage. They reiterated this warning just days before the anticipated vote of the SEC.

Despite multiple warnings, the Bishops and other leaders of the SEC forged ahead. If they were to repent before June 30 and reverse, the consecration might be postponed.  But no one believes the SEC will turn back. So, on June 30, the GAFCON Primates, other Archbishops and bishops from all over the Communion will do what they have promised to do: guard the faith and order of the Church.

In the press conference and his letter to the Church, Archbishop Foley Beach recited the following facts:

“For several years now, clergy and congregations in Scotland and England have been asking us, Gafcon, and others to provide oversight as their situations have become intolerable due to the unbiblical compromises in theology and morality.  The faithful in Scotland began by reaching out to the Archbishops of Canterbury and York, but got no response.  They then reached out to English bishops whom they thought might be willing to offer support. They received sympathetic responses, but no promise of material assistance.  They then approached the Archbishop of Canterbury and the Archbishop of York again, and were rebuffed. Finally, they reached out to Gafcon for support.”

When asked for a response to the vote by the Scottish Episcopal Church, Secretary General Fearon simply kicked the can down the road.  “The primates of the Communion will be meeting in Canterbury in October,” he noted.  “I am sure today’s decision will be among the topics which will be prayerfully discussed. There will be no formal response to the SEC’s vote until the primates have met.”

It’s an emergency.  The Archbishops of Canterbury and York, the Bishops of the Church of England and the Secretary General of the Anglican Communion have offered no support, no promises, only a meeting sometime in October and prayerful discussion. So, the faithful reached out to GAFCON for help.  Those who will be leaving the Scottish Episcopal Church will have the care of a faithful Bishop. Those who have likewise left the Church of England will also enjoy such care.

The pace of global Anglican realignment is increasing rapidly.  As in the days of Moses (Deuteronomy 30), as in the days of Joshua (Jos. 24:15) and now in these days a choice lies before those who wish to remain faithful to the faith once delivered to the saints (Jude 3). I expect the pushback from the Anglican status quo will be fierce.  We must remember that the struggle in which we are engaged is ultimately a spiritual one (Eph. 6:13).  We have been through that storm already.  Now is the time for us to send rescue boats to others—and to do so gladly and prayerfully.

The Rev. Canon Phil Ashey is President & CEO of the American Anglican Council.