The 9th Archbishop of the Church of Uganda Elected

The Church of Uganda 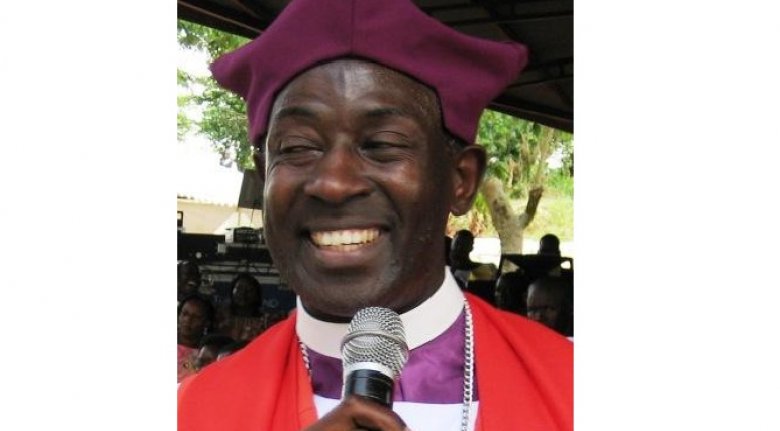 On 28th August 2019, at a press conference held at the Provincial Secretariat, Namirembe, the Rt. Rev. Edison Irigei, Dean of the Church of Uganda, announced that the Rt. Rev. Stephen Samuel Kaziimba was elected the 9th Archbishop of the Church of Uganda. The election was held during a meeting of the House of Bishops on Wednesday, 28th August 2019, at St. Paul’s Cathedral, Namirembe.

The election was by secret ballot and was presided over by the Provincial Chancellor. Bishop Kaziimba was elected with more than a two-thirds majority, per the Constitution of the Church of Uganda.

Bishop Kaziimba was consecrated Bishop on 26th October 2008 and has served as the Bishop of Mityana Diocese for almost eleven years.

He was born on 15th August 1962 in Buikwe Najja to Besweri Kaddu and Jessica Nanyonjo. He was born again as a Christian in 1984.

Bishop Kaziimba did his diploma and undergraduate degree in theology from Uganda Christian University, Mukono, and received his Master of Divinity and Doctor of Ministry degrees from Western Theological Seminary, Holland, Michigan (USA).

In addition to his responsibilities as a diocesan Bishop, Bishop Kaziimba also currently serves as the Chairman of the Provincial Board of Household and Community Transformation, as well as the Chair of the Board of Trustees for Ndejje University, Chair of the Committee for HIV and Public Health for the Interreligious Council of Uganda, and Chair of Words of Hope Uganda Radio Ministry.

About his calling, Bishop Kaziimba says,

"Since I have known Christ, I want Him to be known by word and life in the power of the Holy Spirit."

He has a passion for empowering others and developing the church, a subject he has written about in his 2015 book, Empowering the Laity, published by Words of Hope, Grand Rapids, Michigan (USA).

Bishop Kaziimba is married to Margaret Naggayi Bulya, a strong Christian and Intercessor. They both come from humble backgrounds. “God has raised me from a hut to a state house, from nobody to somebody, from shame to fame, from grass to grace and from nowhere to somewhere,” says Bishop Kaziimba.

Bishop Kaziimba is a popular preacher at large conventions in Uganda and internationally.

The Kaziimbas have four grown sons, two grandchildren, and have also cared for and raised more than 20 other children.

On 22nd August 2018, during the 24th Provincial Assembly, Archbishop Stanley Ntagali announced his intention to retire by his 65th birthday on 1st March 2020.

Archbishop Stanley Ntagali has served as the 8th Archbishop of the Church of Uganda. Elected on 22nd June 2012, he was installed as Archbishop on 16th December 2012 at St. Paul’s Cathedral, Namirembe. He has served with distinction for seven years; consecrated 21 new Bishops and launched three new Dioceses. It is under his leadership that Church House was finished and dedicated to the glory of God.

The installation of the new Archbishop is expected to take place on 1st March 2020 at St. Paul’s Cathedral, Namirembe. At that time, Archbishop Stanley Ntagali will hand over the pastoral staff to Archbishop-elect Kaziimba, who will then be invested with the authority to lead the Church of Uganda as Archbishop. The Presiding Bishop at the enthronement will be the Dean of the Province, who is the longest serving Bishop in the Church at that time.

Between now and 1st March 2020, Archbishop Stanley Ntagali will continue to do the work of the Archbishop and the Bishop of Kampala Diocese, as well as continue to bid farewell to each of the 37 Dioceses.

The Archbishop-elect will say farewell to his Diocese and prepare to move to Kampala. His current Diocese will elect a new Bishop, since he will leave his Diocese to also become the Bishop of Kampala Diocese.

Bishop Edison Irigei, Dean of the Church of Uganda, said,

The previous Archbishops of the Church of Uganda have been the following:

DEAN OF THE CHURCH OF UGANDA.