TEC will go to the ACC meeting in Lusaka and they will vote, ACC chairman says 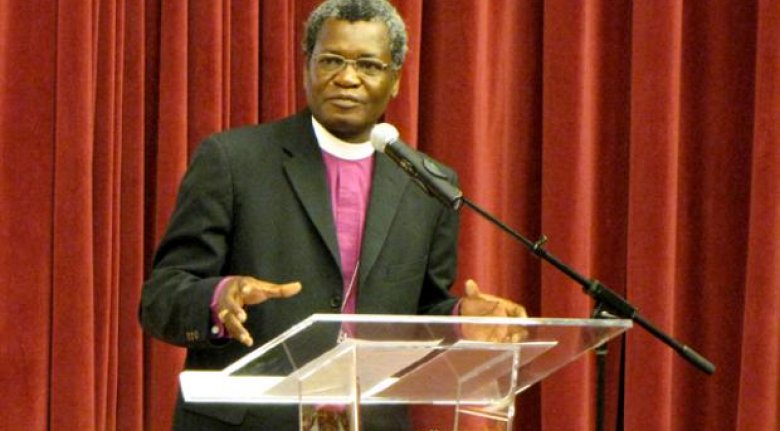 In a public conversation with the dean of the School of Theology of the University of the South held on 11 Feb 2016, the Rt. Rev. James Tengatenga said the legal and ecclesial structures of the Anglican Communion did not permit the primates, or any other “instrument of communion”, to discipline a member church.

Dr. Tengatenga said that in his view, the impression that the primates could take decisive action arose from a confusion of roles. In most provinces, bishops were tasked with preserving the doctrine and teaching of the church. When bishops gathered in mass in gatherings such as the Lambeth Conference, or when the leaders of provinces met at the primates meeting, the participants were often under the impression that their deliberations had the same standing as they would have in their home churches.

The primates could speak, he noted. But, “Where does it go? How is it implemented?” Action could only arise if a local church gave legal authority to a pan-Anglican agreement. The recent primates gathering in Canterbury offered an example of this problem.

“So the Episcopalians have been given three years,” he asked. “What does it mean? Nobody knows what it means,” Dr. Tengatenga said. The primates believe they have said “something that is definitive, but it is not.” They do not have the “power to take the next step.”

He observed the “primates think they are more important than anyone else. When they attempt to bottle up the fizziness [of the development of doctrine within the Communion] that is when things explode.”

“Are the Americans going there? Yes. Are they going there to be rude?”

They were not, he said “because it is their right and responsibility” to attend the meeting.

“Are they going to vote? Yes, they are going to vote as it is their right and responsibility,” the ACC chairman said.

The Americans might “voluntarily” withdraw from the meeting, he said, but he did not believe they could be compelled to withdraw. Discipline could be enforced if an American offered himself for election as chairman of the ACC – Dr. Tengatenga noted that he was soon to step down from office.

“You will find it most likely that an American will not be elected chair, and that would be a way of exercising [discipline], but it would be the only possible way to do it,” he said.

The view offered by Dr. Tengatenga, the former Bishop of Southern Malawi, is not shared by the GAFCON primates, who believe their authority arises from the agreements made by the 1988 and 1998 Lambeth Conferences vesting the primates with “enhanced authority” to address these issues. Nor are they likely to agree with Dr. Tengatenga’s contention that the instruments of unity, including the Archbishop of Canterbury, are powerless to act in this situation.

Archbishop Justin Welby pledged to his peers that he would honor the agreement reached at the Canterbury meeting and see that the Episcopal Church would experience “consequences” for adopting new marriage rites – rites Presiding Bishop Michael Curry of the Episcopal Church conceded in an address at the National Press Club were significant changes of doctrine. Dr. Tengatenga’s comments may place Archbishop Welby in the difficult position of having to explain to the primates that he might not be able to honor his undertaking under canon law.