Standing with the Suffering 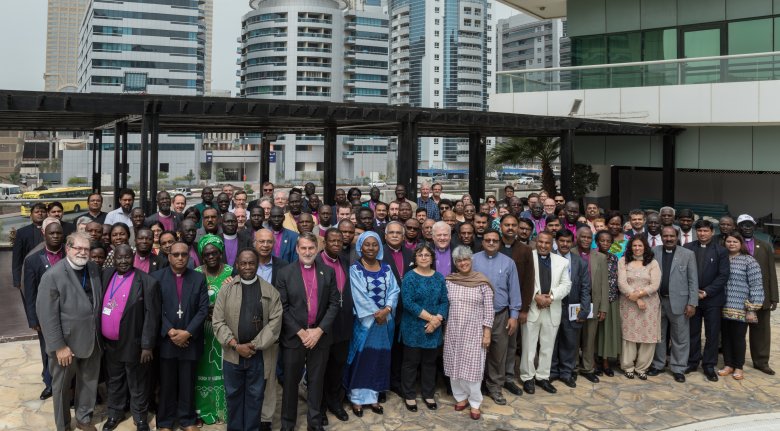 At the end of February, Gafcon held a conference hosted by Bishop Michael Nazir Ali and Bishop Azad Marshall of Pakistan which, though much smaller than last year’s Jerusalem Conference, will undoubtedly have a lasting impact on all those who attended and the wider Anglican Communion.

From 25th February to 1st March, 138 delegates, including four Primates and 31 bishops and archbishops, gathered in Dubai for ‘G19’. The conference was designed for those who had been unable to attend Gafcon 2018 in Jerusalem for political reasons and many came from contexts where there are severe restrictions on Christian witness.

In his opening address, Gafcon Chairman Archbishop Okoh of Nigeria set the tone of the conference, reminding delegates of the wonder of the gospel and that their gathering was in no way inferior to the Jerusalem Conference because what matters is the blessing of the Lord when his people come together in true unity, expressed so beautifully in the images of outpoured oil for anointing and the refreshment of mountain dew of Psalm 133.

Bishop Michael Nazir-Ali gave Bible Readings from Philippians, noting the appropriateness of this prison epistle because Paul’s restriction (his chains) actually became an opportunity for the gospel. The world views those who suffer as victims, but for Christians suffering can be transformed into a gift. 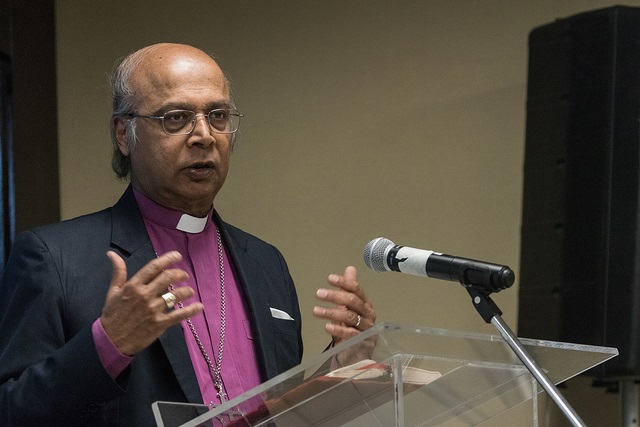 Archbishop Ben Kwashi, Gafcon’s General Secretary, spoke powerfully out of his own experience, including three attempts on his life, about the need to be gospel centred in every way, clearing our minds of all thoughts of vengeance and living with simplicity and humility. 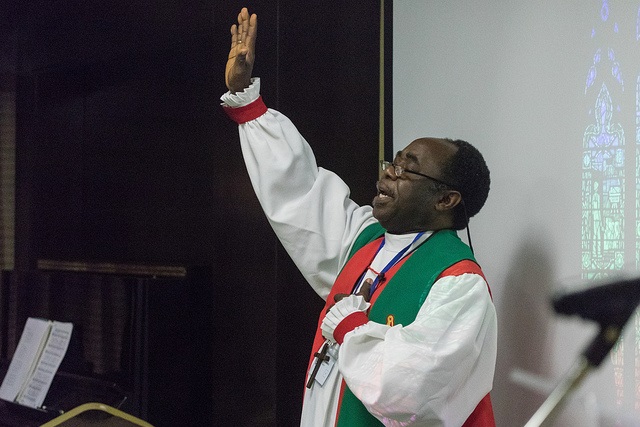 Difficult facts about the Anglican Communion in the West were faced as well with a penetrating presentation from Archbishop Foley Beach, Gafcon Chairman-elect, showing how what is often called revisionism is more accurately the Trojan horse of a new paganism which the so called ‘instruments of communion’, the Canterbury based global institutions of the Communion, have failed to recognize or resist.

There is however a tendency amongst evangelical and orthodox Anglicans in the UK to tell themselves that this confessional clarity which Gafcon brings is somehow ‘politics’ from which they can stand aloof, but the perspective of the Suffering Church, as set out in the Dubai conference statement is very different. 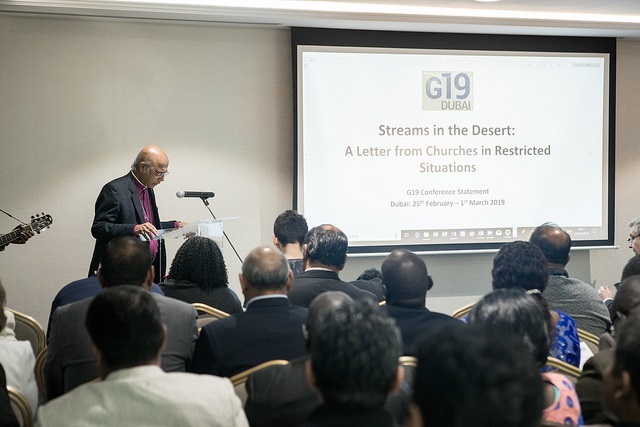 They experience a sense of betrayal when the gospel for which they are suffering is being undermined and denied in other parts of the Communion and they went on to say ‘It grieves us that those who reject the clarity and authority of the Scriptures, the universal teaching of the Church, the classical Anglican formularies and the decisions of the Lambeth Conference undermine the credibility of our witness amongst our fellow citizens of other faiths and of none.’

When orthodox clergy and leaders here are muted or even complicit when faced with a counterfeit gospel, they purchase their comfort at the cost of brothers and sisters elsewhere who are already suffering.

The enduring legacy of G19 will be not only the work of the Holy Spirit in individual lives, but also the relationships which have been formed and deepened. Delegates were able to participate in seminars led by the nine Gafcon network leaders and have recommended that the Gafcon Primates develop a new network ‘to provide fellowship, advocacy and intentional prayer’ for those in restricted situations so that the gifts of those who suffer ‘can be  used throughout our Communion.’ 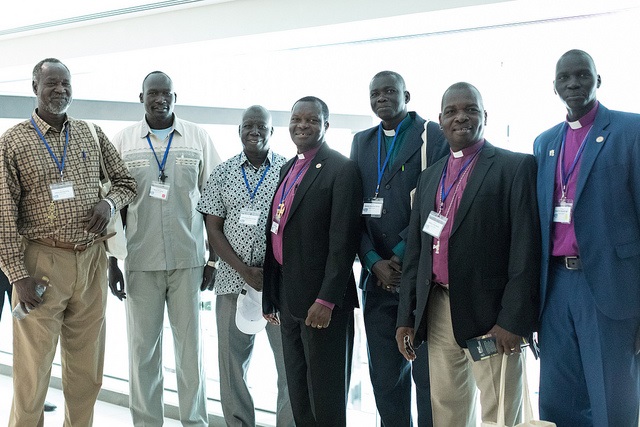 So what exactly is that gift? Speaking personally, as someone who was privileged to be present, it is that the Suffering Church is a tested church which by its joy and resilience displays the power of the gospel hope and costly discipleship. To a Communion in crisis, that is indeed a gift.