Serving God Or Mammon In The Anglican Communion? 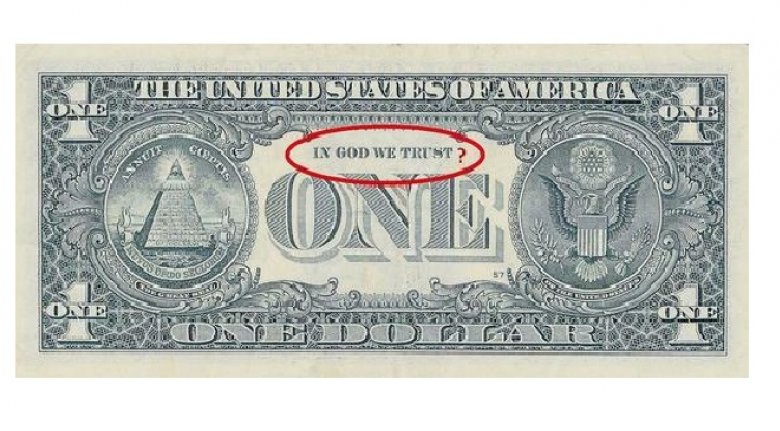 What role does money play in the continuing struggle for biblical faithfulness in the Anglican Communion? The sharp warning from Jesus in the Sermon on the Mount (Matt. 6:24) about the impossibility of serving both God and Mammon alerts us to the reality that money can become a spiritual power when it seduces us into materialism. Rather than being used in the service of God, it can become a god.

But this power of money does not normally manifest itself in a simple and unsubtle appeal to greed. I think, for instance, of an African bishop who recently wrote to me declining an invitation to attend a GAFCON event in favour of one sponsored by a wealthy US revisionist parish because he felt the need to ‘protect his diocese’. Or of the English Anglican Evangelical bishop who once accused me of asking an African bishop to ‘cause his people much suffering’ simply because I alerted him to the heterodox views of the bishop who led their English link diocese.

There are bishops in Africa and other parts of the world who face crises beyond anything those of us in the West are likely to face and it is not for us to be judgemental. But dire human need can be exploited and it does not render spiritual discernment redundant. In August, I was privileged to join a dozen courageous and godly leaders, including ten diocesan bishops and two former Primates, as they launched the Tanzanian Branch of GAFCON.

Their communiqué can be read online and displays great spiritual integrity in the face of testing circumstances.

None of the bishops will be attending Lambeth 2020 because they realise that if they do, they will be complicit with a departure from biblical authority. They also recognise that there will be a cost, as the pre-Lambeth ‘hospitality’ typically includes an opportunity to meet potential partners and donors, but only of course on condition of attendance at Lambeth.

The bishops also reaffirmed a statement of the Tanzanian House of Bishops from 7 December 2006, never rescinded but lapsed in practice, which showed that the spiritual significance of money in partnership had been clearly understood. Clause 4 of the statement reads as follows:

‘Further to the consequent state of the severely impaired communion, the House of Bishops of the Anglican Church of Tanzania declares that henceforth the Anglican Church of Tanzania shall not knowingly accept financial and material aid from dioceses, parishes, bishops, priests, individuals and institutions in the Episcopal Church (USA) that condone homosexual practice or bless same-sex unions.’

One bishop who had consistently led his diocese by this principle simply testified: ‘What you lose for the sake of the gospel, you will gain.’ After the launch meeting I was able to visit the dioceses of two other GAFCON branch bishops. In both I saw an energetic and fruitful commitment to the Great Commission: churches and schools being built, sustainable development (especially through skills training), and the spiritual vitality of episcopal leadership which truly protects the flock and is not muted by the obligations money can entail.

However, if we in the West who assent to the same principles merely applaud such courage and do nothing, we stand accused as hypocrites. Should the most vulnerable be left to pay the highest price?

GAFCON is leading the way in enabling the Anglican Communion to experience what it really means to be a global Communion serving the Great Commission. But how much greater the potential if we all took to heart the radical choice Jesus confronts us with – between trust in God and trust in possessions?