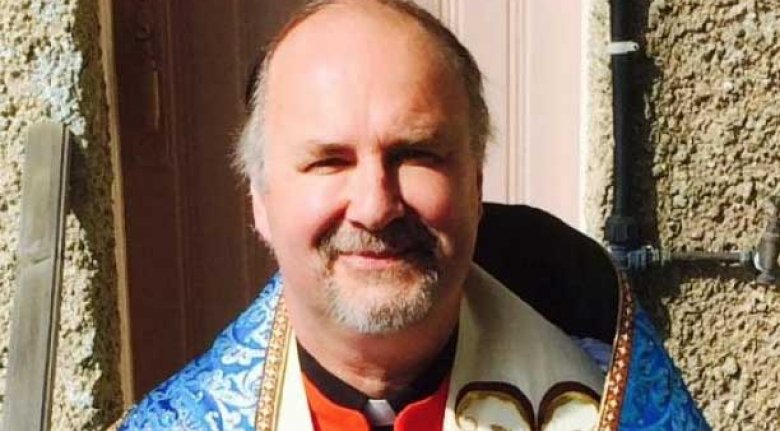 Those who do not learn from history...

In Germany in the 1930’s, the seed of fascism was taking root. It grew ferociously fast. Some parts of the Church saw what was coming and stood against it. They became known as ‘the Confessing Church’. Other parts of the Church cooperated with the secular agenda of the new regime, hoping to buy political credit and claiming it gave them an invaluable influence.

Before long, the fascist state turned on the accommodating part of the Church that had for a while cooperated and compromised, and destroyed it, – as it had always intended.

There were a few brave men and women in the Confessing Church who knew what was coming and made it their business early on to speak as prophetically as they could in the name of the Gospel and the Living God, against the coming evil. They were first ostracized and then arrested.

One of the bravest of them, Dietrich Bonheoffer, was hung in prison by piano wire in April 1945, in a final act of spite as the end of the military struggle with Nazism approached.

The rest, as they say, is history.

What does this have to do with the meeting of 38 Archbishops of the Provinces of the Anglican Communion in Canterbury in the second week of January 2016.

One might begin with two observations: those who fail to learn from history are doomed to repeat it; and old generals are always busy fighting the last war.

There are two new quasi-fascisms abroad. One is called Cultural Marxism and it has set its face against the old order. The other is a militant Islam, fascist in its devotion to power and the destruction of its enemies in a theocratic absolutism, even if not nationalistic in the narrower sense.

Cultural Marxism set out to be an engine of equality. Economic Marxism has failed to bring social equality by means of the ending of capitalism, and collapsed in 1989.

But Cultural Marxism looked to bring to an end the oppression of those who held power by bringing about a change of culture. This supreme value of making all people equal was applied firstly to gender, and then through multiculturalism to other aspects of what was seen as the old oppressive order. The victims and minorities were to be given the power to overturn the old oppressions.

Christianity and biblical values very quickly came under attack. They were identified as the old oppressors. Gay marriage set out to legitimise the emerging notion that sexuality lay on a scale without being contained by the biological reality of male and female. Transgenderism took this a stage further. The trajectory of egalitarianism was aggressively ambitious.

What began in the early gender wars has morphed into a culture of chaos. In this unstoppable momentum to eradicate the templates of faith, children in primary school are being given drugs to help suppress their hormones before the onset of puberty. They are being encouraged to chemically abandon the gender they were born with in favour of the gender they want to learn to feel comfortable with. Gender is seen now not as something enforced by chromosomes and biological reality, but by what one wants or imagines in one’s mind. What would in other contexts be seen as a symptom of having difficulty adjusting to reality, has become an engine of creating a new reality and culture driven by fantasy and fear.

The limitations of equality

It is not as if the equality aspired to is evenly or consistently applied in this new social experiment. Gay couples increasingly seek children to legitimize their place in society. The rights of the children conceived artificially by otherwise sterile gay couples are however suppressed. The gay couple are given rights to make them notionally equal to heterosexuals, but their children are not so lucky. They are not allowed the normal opportunities all other children have to be given access to the biological father and the biological mother who made them. In the doctrinaire pursuit of equality, some are more equal than others, as Orwell foresaw.

The teaching of the Holy Scriptures and the faithful traditions of the Church stand in the way of this new egalitarianism, and are widely attacked. Those refusing to subscribe to the emerging equalities agenda by adopting the LGBT value system, are increasingly ostracized and punished.

It began with Christian bakers who were targeted for refusing to bake cakes celebrating gay weddings. It developed into the sacking of people who held public office, ranging from the chief executives of Internet companies who had dared to support traditional marriage like Brendan Eich, to the sacked Harvard Urologist Dr Paul Church, who refused to endorse the new political correctness. Increasingly anyone holding public office does so as a hostage to the new uncompromising ideology.

The Church is having to decide whether or not accommodates itself to this new celebration of the gods of equality with the developing cultural fascism that is emerging to enforce it, or whether it remains faithful to Scripture and Christian experience (otherwise called, tradition.)

The Episcopal Church in the United States decided early on that it would accommodate.

In doing so the new liberals begin to speak a language of power that is at odds with the language of faith. It is the rhetoric of politics. The vision of heaven is one of a Trinity within which there is a self-giving hierarchy – a hierarchy of love that serves and honours. In the Christian anthropology men and women live out this hierarchy of humility and self giving. But this is an anathema to the politicised campaign for equality which knows only the exercise of power and the restraint of power. These two languages produce two world views and two anthropologies that are in direct opposition to one another.

For the 40 years the American liberal secularists have been reconstructing the church and its teaching along the lines of this new multicultural egalitarianism. When asked to maintain some level of mutual accountability with other Anglicans, they refused. When asked to observe the canons of the Church, they refused.

Despite decades of attempts to pretend that these two trajectories were compatible, the meeting in Canterbury will demonstrate that they are not, and never were. In America what began as the promise to forge a compromise between liberalism and orthodoxy ended in the persecution and ejection of the orthodox.

At Canterbury therefore two kinds of Anglicanism will emerge. Those who have bought in to the anti-biblical culture – the liberal secularists, and those who remain faithful to it, the orthodox.

Talk of accommodation and compromise mistake the issues. A useful metaphor might be that of the Titanic. The mother ship is holed below the waterline, and although for a while she wallows sedately in the water, lit from bow to stern, it will not be long before she sinks and disappears beyond sight. On her decks are passengers. At Canterbury the orthodox Archbishops will invite those stranded on the doomed and dying ship to be rescued and take to the boats which will ferry them to safety. Some will go, and some, fantasizing they that they will continue to float, will stay.

The next question for those in the Church of England will be whether or not there is the courage and will to set up a new Anglican Jurisdiction. This jurisdiction will offer safety to those who look to leave their Titanic. It will offer alternative episcopal oversight to those priests and parishes who want orthodox bishops. The C of E terrified of standing up to the increasingly vocal and threatening secular society is seeks to serve, will before long cave in to the pressure for gay marriage. It will adopt the heterodox secularized and increasingly vacuous version of faith the liberal Americans have pioneered; and in doing so it will abandon the practice of faith for the new politics of accommodation.

This is the moment when in England there may emerge among Anglicans in England a new jurisdiction with the courage to become a Confessing Church, perhaps even with an English Bonheoffer to lead it.

There are two tragedies that are yet to be faced.

One affects the compromised Anglicans; the other the secular west.

In America those Christians who have devoted themselves to the rhetoric of equality find it more and more difficult to make a distinction between those who have encountered and surrendered their lives to the risen Christ, and those who have not. They have very little incentive to evangelise. Their Churches shrink and do not grow. They believe they are making Christianity attractive to those who have no interest in it, and have yet to see that within a generation, doomed by demographics and disbelief, they will vanish.

The second affects secular society. It has relished taking the struggle for new power relations for the so-called victims and minorities. It is eager to use the weapon of multiculturalism to undermine the Christian church and Christian values. It has been happy to use any instrument at hand. The closest instrument was Islam. Islam, sat like a Trojan horse at the gates of Western Society, like a totem of an anti Christian value system, and was welcomed in through the gates.

Having learnt very little history those who turned to it to undermine the residue of Christendom in the name of multiculturalism failed to see that within the DNA of Islam lay a determination to bring the West which lies within the House of War, Dar Al-harb, within the House of Peace – Dar al Islam, by any means available to it.

Both mass immigration and the threat and practice of terrorism are two very effective way of achieving it. The only alternative in history to the uncompromising march of Islam has been Christianity. Having destroyed it in the West, the secularists will, to their surprise, fall to Islam. They mistakenly believe that the hedonism and the wealth of the West will seduce Muslims into secularism. It is a shallow piece of narcissistic self-deception. As Major Nidal Malik Hasan, who killed 13 and wounded 30 fellow soldiers at Fort Hood said, “We love death more than you love life.”

Faced by these two fascist movements that threaten a society and a culture formed by Christian values, Anglican Christians will be faced in Canterbury by the challenge and choice of becoming a new Confessing Church that will not bow the knee to demands that it forsake the teaching the Jesus and the witness of the saints, or an accommodation to a corrupt and corrupting self referential secularism, that is attempting to create a social and ethical order that throws off and destroys its Christian heritage.

The Episcopal Church of America, the Anglican Church of Canada and the Church of England in particular are set upon this course of accommodation.

Many of us now look to the faith primarily of the African Christians, to help up build a confessing Church and a new Anglican jurisdiction.

Under Augustine of Hippo the African Church saved the West from heresy once before.

At Canterbury in January 2016, We look to it to do it again.