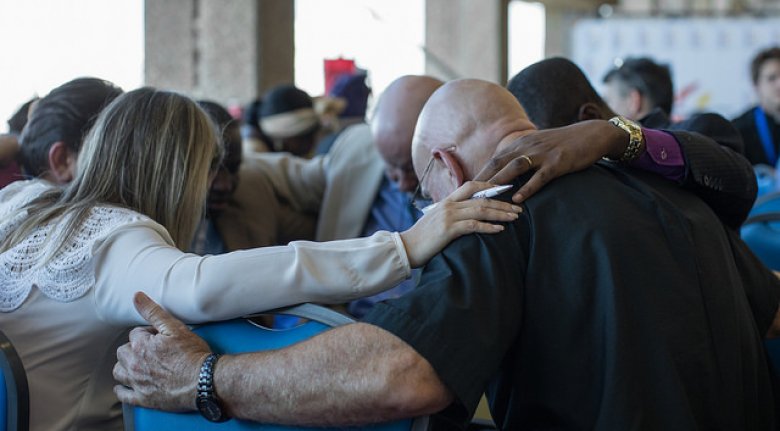 As nearly 2,000 delegates from over 50 countries were travelling to Jerusalem for Gafcon 2018, Dr Josiah Idowu-Fearon, Secretary General of the Anglican Consultative Council (ACC), wrote a letter to the Primates suggesting that his office alone should have a monopoly on all ministry networks in the Anglican Communion.

In a letter dated 13 June 2018, the Secretary General criticised Gafcon for developing grassroots ministry networks, describing them as un-Anglican and inaccurately suggesting that they harbour “potential for schism.”

On behalf of Gafcon, Archbishop Peter Jensen made a strong response to these false allegations today:

“The attempt by Anglican Communion Office to challenge the Gafcon Primates for supporting new ministries is further evidence of how much the institutional form of Anglicanism is out of touch with spiritual reality. The launch of our networks is a sign of spiritual vitality which ought to be welcomed and applauded. Voluntary movements getting involved in much needed ministry has a long tradition within the Anglican Communion.  This anxious missive suggests a fear that people are not under the control of some central organisation. Had the institutions of the Communion been clearer in their theological stance, movements of reform and renewal like Gafcon may not have arisen. Now, however, the wisdom of God is displayed in that the work and the workers are adding to the ministry of the gospel.   Thanksgiving rather than criticism is surely the appropriate response.”­

The Jerusalem Statement from the first Gafcon conference in 2008 came to "the devastating conclusion that we are a global Communion with a colonial structure."  Ten years later, Dr. Fearon’s letter is another example of this persistent reality.

For decades the Anglican Consultative Council and its secretariat, heavily funded by western revisionists, has shown little respect for the matters of conscience which currently separate Anglicans.  The recent history of its networks reveals a pattern of trivializing the Communion’s challenges by attempting to draw orthodox Anglicans into closer cooperation with those who continue to tear the fabric of the Communion.  Gafcon is stepping into this vacuum to provide leadership and ministry networks for those who share a common foundation in Scripture.