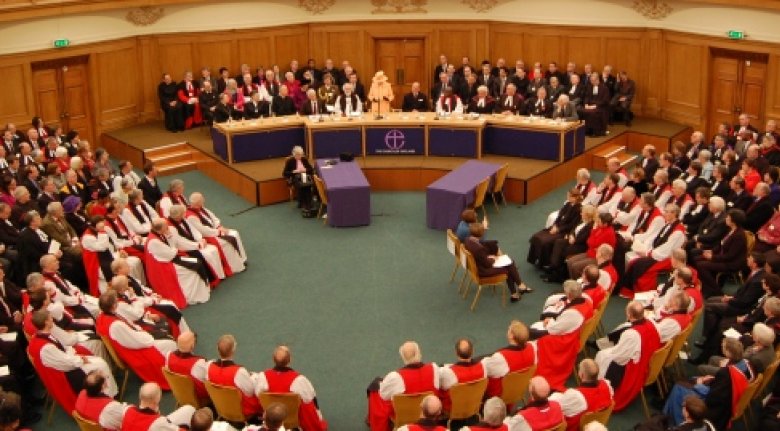 The build up to the February meeting of the General Synod of the Church of England left many feeling somewhat apprehensive.  Although Synod had other business to consider, including a debate on the Anniversary of the Reformation and Setting God’s People Free (which will be referred to later), the focus was directed toward the take note debate entitled, “Marriage and Same Sex Relationships after the Shared Conversations: A Report from The House of Bishops.”

It has been three years since the Pilling Report was published[1] and along with it, the recommendation for facilitated conversations at a national and diocesan level as part of a, “prayerful process of discernment to help determine the relationship of the gospel to the cultures of the times.”[2]  Formal facilitated conversations for General Synod members took place in July 2016.  This most recent report, therefore, seemed to have a lot riding on it.

The report had a mixed reception.  Orthodox believers could genuinely welcome the affirmation not to change the doctrine of marriage, while at the same time express concern over the ambiguous statement to allow maximum freedom within church law. This latter aspect is concerning, given the lack of discipline given to those in the Church of England who have openly acted (and continue to do so) in violation of official church teaching. As such, it appears that the Bishops genuinely believe that the biblically orthodox can be appeased with doctrinal statements affirming heterosexual marriage and yet allow indiscipline to rule in the church.

Further, it would be a mistake to assume that LGBTI campaigners were happy with the report, they certainly weren’t! To the contrary, they were outraged that they had not been ‘listened to.’  In other words, the report did not recommend a change in doctrine or immediately offer liturgy to formally acknowledge and bless same sex relationships.

I personally do not believe that the resulting vote, to not take note of the report, mattered in any true sense.  The trajectory of the report divided doctrine and praxis and a teaching document on marriage and relationships was always on the cards, whichever way the vote went. What the debate did do however, was expose the theological ignorance of a number of those in Synod and what was on the mind of some of our bishops.  The Bishop of Liverpool for instance passionately expressed his goal of offering ‘maximum freedom’ to all LGBTI Christians in his diocese.  In doing so, he noted that… “our exploration of maximum freedom may carry us to places in relation to law and guidance where we have not previously gone and all this will happen anyway.  The weight of opinion of the House, is maximum freedom.”

Justin Welby’s closing speech in the debate meanwhile called for a new radical Christian inclusion, stating that people were not the problem:

‘This Christian inclusion should be founded in scripture, tradition, reason, theology and good, healthy flourishing relationships… all belong to Christ without exception and without exclusion.’

Although I’m not entirely sure just what Archbishop Welby means by this, a sense of universalism comes to mind!  Of course, I could be very wrong but what is to be expected when our church leaders do not clearly proclaim the gospel message?  Confusion reigns.

This confusion was further evident in the report entitled, “Setting God’s People Free.”  The basis of this report is commendable – to create communities of whole life disciples.  To make this happen, the report identifies the need for two key shifts in culture and practice.  The first is to form and equip people to follow Jesus confidently in every sphere of life.  Second, until laity and clergy are convinced, based on their ‘baptismal mutuality’- that they are equal in worth and status, we can never form Christian communities that can evangelise the nation.  These two points may seem fair enough, but within the context of the whole same sex marriage debate and appeals for equality, a number of questions are raised.  For example, what does it mean to follow Christ confidently? Which Christ are we proclaiming? Are we to follow the liberal Christ whose love never asks questions or judges, or are we to follow the Christ who gave up his life as a sacrifice for sin, and calls us to salvation through faith and repentance in his gospel?

As far as ‘baptismal mutuality’ is concerned, this is a phrase that keeps coming up when church leaders appeal for unity over matters of disagreement. That is, many say that we do not need to argue because we are all baptised in Christ and are therefore no different to one another. However, given the confusion and disagreement on the questions listed above, such reasoning is clearly extremely problematic! Indeed, if we can’t even agree on the foundational questions, then how can we call be ‘baptised in Christ’?

Words are important.  Without fail we continue to hear the following words at Synod: flourish, affirm, listen and love.  It is telling however that words we consistently fail to hear at synod are: sin, forgiveness, repentance, wrath and holiness.  One other word that failed to make an appearance last month was, alone. Accordingly, the Anniversary of the Reformation debate concentrated its energy on the concept of unity.  During proceedings, there was a regretful tone for the pain the Reformation caused and there was expressed thankfulness that we can all agree that justification (righteousness with God) comes to us by God’s grace. We can indeed agree on this point (although we may differ on what this critically important word, ‘grace’ means). What was missing however was mention that this justification (initiated and sustained by God’s grace) comes by faith alone.

In closing, I was struck throughout this Synod by just how small the god of the revisionists is.  He is composed mainly of ‘love’ and of anything else which appeases a person’s sense of self-worth.  If there is more to him, then he is composite in his being, like a Lego structure.  The preferred brick is chosen and elevated with the rest being tossed aside.

This bears no resemblance to the self-revealed God of scripture and it is sad indeed that many in the General Synod (although certainly not all, as was evidenced by the debate preceding the ‘take note’ vote) are doing very little to point the way to Christ.

It is to this end that we, dear brothers and sisters, must stand firm.

Let nothing move you. Always give yourselves fully to the work of the Lord, because you know that your labour in the Lord is not in vain.  1 Corinthians 15:58.