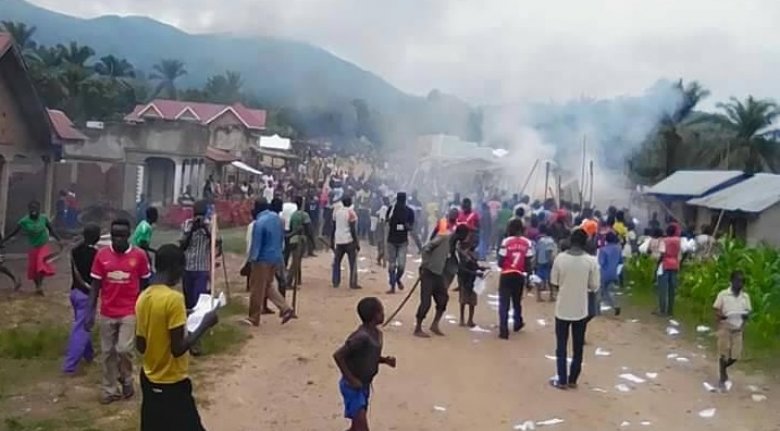 Bishop William Bahemuka, the Anglican Bishop of the Diocese of Boga (DR Congo) has reported that ADF rebels attacked Boga town in the early morning hours of Friday, 23rd August. Boga is located in the southern part of Ituri Province and is where the diocesan Cathedral is located.

More than 200 youth, children, and women were abducted, shops were looted, cows stolen, and the Anglican Mission Hospital was looted. A doctor and lab technician from the hospital are among those abducted. The raid lasted about three hours.

Government troops based in Boga were seriously outnumbered by the rebels. There are conflicting reports about the role of the army in resisting the attack. No casualties have been reported.

Residents of the town fled during the attack, but with the Ebola outbreak to their south and the ethnic conflict to their north, there are few safe places for them to flee.

DR Congo elected a new President in December 2018, but the new government continues to struggle to address the multiple security and public health issues in the eastern part of the country.

Bishop Bahemuka reports that the Army has dispatched additional troops to provide security and search for those who were abducted.

“I traveled immediately to Boga, Bishop Bahemuka said, “to investigate the situation, advocate for our people, and extend to them the care of the church. The situation is terrible. People are terrified. Families are traumatized and grieving over their abducted loved ones. The ADF has never been active in Boga, so people are confused and don’t know how to understand the current situation.”

“I appeal to people of good will everywhere to lobby their home governments to put pressure on the DR Congo government to stabilize the security situation in eastern Congo. We also appeal for a massive outpouring of sustained prayer from Christians everywhere. The situation is so desperate that we need God’s supernatural intervention. May God have mercy on us.”

27 August: Latest update on the ADF rebel attack. Government forces responded and attacked the rebels and some captives escaped but are now lost in the jungle. There is a great need for prayer: for the displaced, for the sick and hungry, for the trauma of the events. ‘We need God’s supernatural intervention. May God have mercy on us.’
Some of those who escaped have been found and are being cared for in hospital. Others are still captive or lost in the jungle.