‘No unity at the expense of truth’: a response to Justin Welby’s Presidential Address 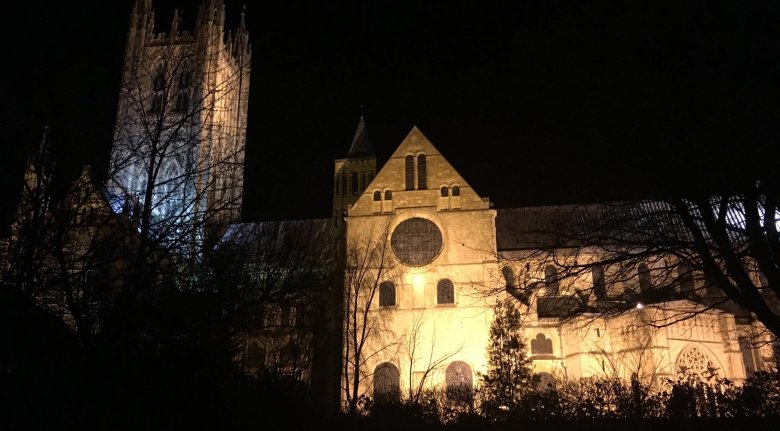 ‘No unity at the expense of truth’: a response to Justin Welby’s Presidential Address

Andrea Williams, chief executive of Christian Concern and a member of the Church of England’s General Synod, has issued the following statement in response to the Archbishop Justin Welby’s Presidential Address to the General Synod on Monday (15 FEB):

The Archbishop of Canterbury’s presidential address at Synod addressed the aftermath of the recent Primates’ gathering in Canterbury, in which a compromise was reached between two diametrically opposed groups: those who hold to the Bible’s teaching on marriage and sexuality – and those who do not.

That meeting was not a success, and it is disingenuous to suggest that it was. It did not tackle the fundamental issue and instead it tries to keep us on a path that can never secure true unity.It failed to challenge an overarching relativism which allows human ideas and current cultural trends to override God’s unchanging Word.

The Archbishop’s analysis reflects an approach that prizes the appearance of institutional, formal unity over true, organic unity. But without organic unity, institutional unity will crumble and collapse as we have already seen.

Real unity can only grow in the soil of truth. No amount of institutional scaffolding can substitute for healthy soil.

God’s pattern for marriage and His teaching on sexuality is not peripheral. Our approach to it tests our understanding of the authority of Scripture and the Gospel itself.

The underlying issue is whether the churches will submit to God’s Word.

An approach to unity which, as long as the institution is upheld, allows an ‘agreement to disagree’ on Scripture’s authority, is counter-productive and doomed to failure.

Unless there is a shared submission to God’s Word, we are not on a shared journey to a shared destination, and no amount of institutional scaffolding will take us there.

During his speech, the Archbishop spoke of the necessity of “unity which relishes and celebrates the diversity of freedom and [human] flourishing within broad limits of order.”

What we saw at the Primates’ meeting, and have seen for several years, is not true unity.

Members of the Communion who hold opposing views on the key issue of marriage will simply continue to co-exist in deep disagreement. The Archbishop himself admitted that members are in “very different” places theologically.

We know these conversations will continue, and we know that liberal members will continue to push their agenda under the guise of ‘love and acceptance’. Yet true love and compassion does not discard or distort God’s good patten for human flourishing.

Only a fortnight ago it emerged that a new ‘Anglican’ campaign group, LGBTI Mission, has been established, in order to pressure the Church of England to accept clergy in same-sex ‘marriages’. It demands that same-sex ‘marriages’ be considered equally valid to marriages between men and women.

How will the Archbishop address these increasing attempts to deviate from the standard God has set out for us in His Word?

The Scriptures outline God’s pattern for marriage as between one man and one woman. This is designed as a beautiful reflection of Jesus’ love for His church, an expression of intimacy and communion, in covenant.

Jesus promised He will come back for a pure and spotless Bride. Yet the Bride of Christ will not ‘flourish’ under compromise.

The Archbishop of Canterbury emphasised the need for a balance between order, freedom and human flourishing.

But what freedom is the Archbishop speaking of here?

He is right in reminding us that Jesus came to set us free. Yet true freedom is freedom from sin, which is found in repentance and the surrendering of human desires to the work of the Holy Spirit. It is not freedom to continue holding to disobedience of the Word.

Obedience to the Word of God is vital if the Church is to flourish.

If the Church compromises the Truth we are are not fit to evangelise. How can we evangelise with a watered down gospel that reflects the spirit of the age that is less appealing to many than the running club?

Obedience to the true Gospel is worth living and dying for: as Jesus predicted his death he said:

“Whoever wants to be my disciple must deny themselves and take up their cross and follow me. For whoever wants to save their life will lose it, but whoever loses their life for me and for the gospel will save it. What good is it for someone to gain the whole world, yet forfeit their soul? Or what can anyone give in exchange for their soul? If anyone is ashamed of me and my words in this adulterous and sinful generation, the Son of Man will be ashamed of them when he comes in his Father’s glory with the holy angels”.

We are not preaching a true Gospel message, if the teaching of the Bible on such a vital matter as marriage and sexuality is compromised. There can be no relevance if the truth is truncated.

The Archbishop spoke of the picture of humility that Jesus painted through the washing of His disciples’ feet. But in that humility and servant-heartedness, we must point people to truth. Archbishop Justin failed to speak of truth or of objective revelation from God. It is as if truth has been relegated to a ‘process of discernment’ not a matter of scripture, canons and creed.

This is a capitulation to the ‘spirit of the age’, not the Spirit of God who has spoken in Scripture.