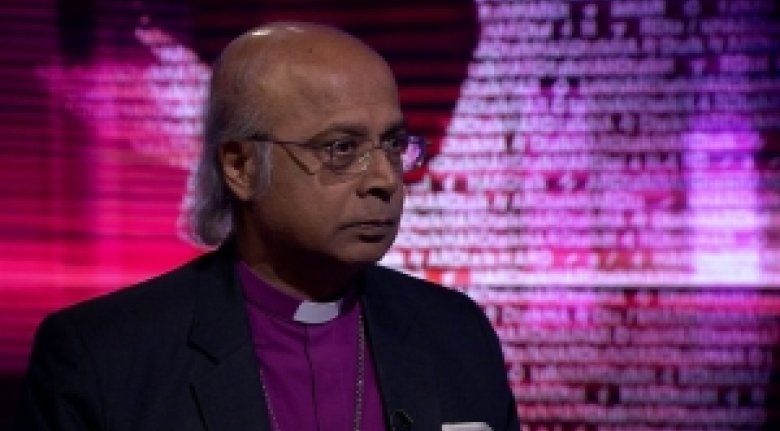 Ritula Shah: Can the Archbishop of Canterbury prevent a split in the Anglican Communion? This morning Justin Welby said he hoped this week’s meeting of 38 church leaders from around the world could avoid a split over homosexuality. The Church is divided between those who on biblical grounds are firmly against accepting homosexuality, and the more liberal parts of the Church which want change.  In 1998 the Lambeth Conference, which is a meeting of Anglican bishops once every ten years, passed a resolution agreeing homosexual practice is incompatible with Scripture. But since then the liberal Episcopal Church in America consecrated Canon Gene Robinson, who was a divorced man in a gay relationship, as Bishop of New Hampshire, that was in November 2003, and disagreements in the Communion have intensified. Bishop Michael Nazir-Ali was the Bishop of Rochester for 15 years until September 2009.

Bishop Nazir-Ali: I think the real issue is that all sides need to adhere to what they have agreed already, something called Lambeth 1.10 which was a resolution passed at a conference of all the bishops, agreed that homosexual people should be cared for and loved and welcomed to church, but also said that the teaching of the Bible and of the Church throughout the ages has been that marriage is between a man and a woman and that cannot change.

Ritula Shah: What does it mean for the Church though if you agree that there is this difference of opinion and it is… it seems to be a fairly profound one, what is the future of the church? Can it remain together? Could there be a looser affiliation?

Bishop Nazir-Ali: I think the only way for it to remain together is to adhere to what people have agreed together. I mean you can’t agree things and then go and do something different.

Ritula Shah: Would a split in the church be regarded as a failure of the Archbishop of Canterbury?

Bishop Nazir-Ali: Not necessarily. I think the Archbishop of Canterbury has done everything to bring people together, but as you say, if this is such a fundamental matter then it is difficult to get people to compromise on it. I mean, this is not just something about procedure or how to do things. This is about one of the fundamental beliefs of Christians and of the Church.

Ritula Shah: But a fundamental belief on which there appears to be great difference. There is a letter sent to the Archbishop of Canterbury by 105 senior Anglicans suggesting that the Church has failed in its duty of care to the lesbian, gay and bisexual members of the community, members of the Church.

Bishop Nazir-Ali: Well that is a different issue. The Church is a company of sinners. I mean, nobody is claiming perfection and the Church fails in its duty of care to all sorts of people and when we do that we need to repent of that. And certainly as I say we need to love people who have same-sex attraction and to welcome them but that does not mean changing the teaching of the Bible and of the Church down the ages.

Ritula Shah: So what would you regard as success from this week’s meeting?

Bishop Nazir-Ali: What I would regard as success is an adherence to Lambeth 1.10 and everything that flows from that. It’s a very balanced resolution because it first speaks of the need to welcome people with same-sex attraction, to provide them with pastoral care and moral direction. And it’s only then that it goes on to say that the Church cannot change its teaching that marriage is the proper place for sexual expression.

Ritula Shah: But it also states that homosexual practice is incompatible with Scripture.

Bishop Nazir-Ali: It does.

Ritula Shah: Which clearly would not be acceptable to members of the lesbian, gay and bisexual community.

Bishop Nazir-Ali: Well that’s for them to decide but we can’t change the Bible. I mean, the Bible is quite clear about this.

Ritula Shah: So, in a sense, given that your view is one espoused by many in many parts of the Church, from what you’re saying it seems that a split is inevitable.

Bishop Nazir-Ali: I hope not. I hope that there can be some agreement. I think that what we decided in 1998 was a very balanced resolution and that has subsequently been reaffirmed by all sections of the Church on many different occasions so I think the problem is compliance not agreement.