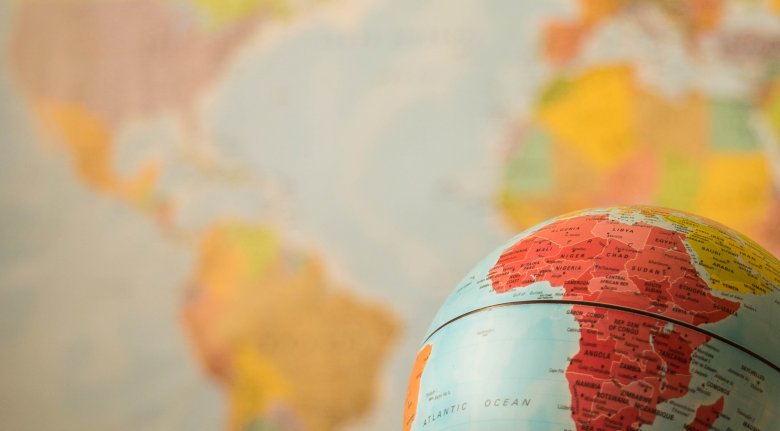 The people who walked in darkness
have seen a great light;
those who dwelt in a land of deep darkness,
on them has light shone. Isaiah 9:2

Undeniably, Africa is no longer the ‘Dark Continent.’ Christianity has grown significantly to become one of its major religions and there's a growing assumption that Africa is almost entirely a biblically sound land. But is this the case?

It’s easy to assume Africa is scripturally rock solid because of widespread opposition to same-sex marriage and its social conservatism. In addition, the number of people in African GAFCON provinces is huge! And for sure, it is encouraging to see a number of African evangelical churches standing true to the Word of God and combatting various false gospels.

Sadly however, opposition to things like same-sex marriage is not always motivated by biblical convictions. Many churches are against same-sex marriage because the surrounding culture is likewise opposed. If this is the case, then we cannot count this as a ‘win’ for the evangelical community. I think a better approach would be first accepting that this as an issue that needs to be addressed in a Biblical way. Further, there is a need to realise that those who struggle with same-sex attraction need the love and care of the church like everybody else.

We must remember also that our culture is sinful like every other. As such, African churches shouldn’t teach what sounds natural and true to our heritage but give priority to what the unchanging Word says, regardless of whether this happens to be in line with what our society believes. This way, our churches would still be against same-sex marriage, not because it’s unacceptable in Africa but because our attitudes are rooted in God’s Word. If this were so, we wouldn’t for example hide our heads in the sand and assume that we don’t have people of same-sex attraction in our churches that need us to speak the truth in love.

I give glory to God that Africa has become more receptive to the Gospel over the years. We know however that where the truth of the Gospel is proclaimed the devil sows his seed in an effort to discredit it with a false message. The prosperity gospel is a prime example. Undoubtedly, the reason why this heresy is so popular is because it says what many want to hear.

The problem here is not so much the presence of a false Gospel as that is always to be expected, but rather how on guard the African church is to this issue. Many churches still don’t consider this to be a problem to be addressed at the local church level but rather left to para-church organisations. Therefore, prosperity preachers masquerading as angels of light continue to devour our congregations at the pulpit and on our television screens.

Clearly, we need more training to stand for the true Gospel. Realising the danger of the false prosperity teaching, we should be willing to go the extra mile to stand against these preachers as Paul stood against the Galatian heretics.

I do not want to be heard as someone who is discrediting the true African church in its effort to stand for the unchanging Gospel. There are many reasons to celebrate the evangelical community in Africa. Rather, my hope and prayer is that more churches will be firmly established on God’s Word. For this to happen, we need to realise in an ever-changing world just how much we need to deepen our Biblical literacy. It is not enough to have many people call themselves Christians or for churches to merely exhibit socially conservative attitudes. No, we need truly mature disciples and biblically sound churches on our continent.

Many Christian organisations and churches within Africa and beyond have already been involved with this good work. I’m particularly grateful of iServe Africa in Nairobi, Kenya and St Helen’s Church, Bishopsgate in London, England. These, together with a vast majority of partners have been training future church leaders to deeply understand and teach God’s Word faithfully in Africa and beyond. My prayer is that in the future, Africa will become rock solid and be a hub of faithful Bible teaching. We thank God for those who have been supporting this work, applaud the efforts of GAFCON and pray that more will continue to stand for the truth of the Gospel in Africa.

Undeniably, there are many faithful disciples of Jesus in Africa and there will be more who join our Lord in the glory of his eternal reign. As we look forward to his return, let those who would obey their king commit to a deeper study of his Word for fruitful disciple making; faithfully teaching them to know him clearly and obey his word joyfully.

Peter Muturi hails from Nyahururu, Kenya. He studied at the University of Nairobi and served as an apprentice of iServe Africa before joining the Associate training scheme at St Helen's Church, Bishopsgate, London.