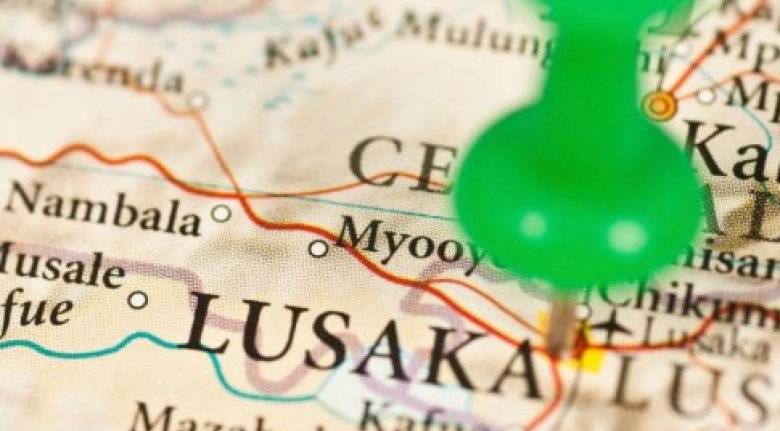 The Anglican Communion has history but it was only in the 19th century that an actual Communion began to emerge. Before that, there were just chaplaincies (both military and ex-pat) and a few indigenous churches springing up. Around 1850, the Church Missionary Society first raised the idea of having a global gathering of all Anglican Bishops. It took a while for the idea to come together, with the first meeting being spurred by concerns from some Canadian Bishops. 76 Bishops met at Lambeth Palace in 1867, and then the pattern of meeting every ten (or so) years developed. Not surprisingly, there was a gap during World War II. The meeting of bishops, known as the Lambeth Conference, is not so much legislative as it was a way to discern “the mind of the Bishops of the Communion.” Rather than having institutional authority like a congress, it was a good natured gathering that sought to address issues of mutual concern with Christian charity and clarity.

In the twentieth century, especially in the second half of the century, the church in the two-thirds world grew to robust size while the churches in the industrial West began to shrink. Here is something I wrote after the 1998 Lambeth Conference.

In 1978 Archbishop Joseph Adetoloye of Nigeria stood at the microphone at the Lambeth Conference for 30 minutes waiting to be recognized. For all that time, the chair continued to recognize bishops from Western Provinces at other microphones and overlooked Archbishop Joseph.

When he was finally recognized, he said, “Here at this meeting, I have struggled to be recognize by the chair, but it will not always be this way.” He went on to prophesy, “In ten years time in 1988 the voice of the Africans will not only be allowed, it will be sought. In 1998,” he said, “The Global South bishops (especially those in Africa) will set the agenda.”

At the Lambeth Conference in 1998, that is exactly what happened. Well organized Global South bishops overwhelmingly passed Lambeth Resolution 1.10 affirming the historic Biblical position on human sexuality. Scrambling liberals were not able to stop the clarity as it emerged and then was expressed in the vote for the resolution of 526-70. Liberals were only able to marshal 70 votes opposing the overwhelming vote from the bishops around the communion.

The liberals were completely surprised by the strength of the orthodox voice. In trying to recover from the stunning strength of the resolution, they latched on to the phrase “We commit ourselves to listen to the experience of homosexual persons and we wish to assure them that they are loved by God…”

That phrase was originally intended to provide pastoral care for those seeking to stop acting out in behavior of same-sex intimacy, but liberals have insisted that the intention of the resolution was to listen to the experience of those practicing same sex intimacy- ostensibly to “listen” until the conservatives are convinced of liberal values.

As a result of Lambeth 1998, the communion moved into new dynamics. Institutionally claiming to maintain the historic teaching of the church, but in fact pursuing practices undermined the Gospel. Part of the strategy was packing the agenda with other issues to keep the crisis from getting on the agenda. They knew that if same-sex blessings were debated they would not be approved.

The course of the Lambeth Bishops’ conference had been dramatically changed by the strong voice of the Global South Anglicans in 1998. Following what they described as “a humiliating defeat” at Lambeth 1998, liberals regrouped and focused on impacting the structures that they were able to control, hoping to insure that such a defeat would never happen again.

Over the next several years, the liberals, aided by Communion bureaucrats, continued to press ahead while maintaining protestations of being orthodox. By 2003, leaders in the Episcopal Church thought they had sufficient strength to approve Gene Robinson’s consecration. In October of that year, Primates gathered in an emergency meeting at Lambeth Palace. In the course of the meeting, the vast majority of the Primates insisted that the consecration was unacceptable. Still at that point, there was great deference still given to the Archbishop of Canterbury. Those Primates from conservative Provinces projected the expectation on to Canterbury assuming that he would surely defend the church and the faith.

In 2005, The Primates met at Dromantine, Ireland and called for the “urgent” establishment of a Panel of Reference to protect orthodox Anglicans who were under assault from liberal Anglican Provinces. Though the Primates expected that this panel would be set up within a week, Archbishop Rowan Williams waited more than fifteen months before naming panel members–and then changed their charter and composed the membership to insure that there would be the appearance of balance without actually impacting the conflict in a way that aided the orthodox. Instead, Archbishop Williams acted in ways that preserved institutional structures, even when those structures stand in absolute opposition to the Gospel and Biblical truth. Internal communications from within the Panel surfaced and later showed how the process was being “managed” from the outset not to support the beleaguered orthodox minority in the US, Canada, and Brazil.

In succeeding years and Primates Meetings the historic Biblical perspective was reiterated. The high water mark was the Primates Meeting in Dar es Salam which insisted that TEC be held accountable. Again, sadly, Archbishop Williams used the organizational powers of his office to completely ignore and then systematically dismantle the accountability which had been so hard fought and won by the majority of Primates.

Archbishop Williams’ refusal to implement the decisions of the Primates led to an erosion of confidence in his leadership among increasing numbers of Global South leaders. Despite the broad objections of the majority of the leaders of the communion, Archbishop Williams invited the consecrators of Gene Robinson to Lambeth 2008. This led to a principled decision by many Primates not to attend the Lambeth conference in 2008.

At the same time, these unresolved conflicts and dissatisfaction with the anemic pursuit of mission, led to the gathering of more than 1,000 people (300+ bishops plus other leaders) in Jerusalem. The prayerful and passionate meeting gave rise to the Jerusalem Declaration and the ongoing GAFCON/FCA movement.

In 2010, many Primates decided not to attend Primates Meetings until the Primates themselves are able to participate in the formation of the agendas for their own meetings.

In practical terms, this means that the structures of the Anglican Communion have been illuminated and shown to reflect the same bankruptcy that Archbishop Adetiloye identified in 1978.

Now this year in January 2016 the Primates gathered for the first time in a number of years. Many of the Primates were new. In fact, 21 had never been to a Primates meeting before. They met, prayed, talked, and worked, agreeing to measures to discipline the Episcopal Church for their General Convention decision in 2015 to change marriage to be between any two people, whether same or opposite sexes. There was also a new Archbishop of Canterbury, Justin Welby. Only this time, the new Archbishop actually let the Primates set their own agenda. Many Primates told me that they thought the conversations and prayers were genuine and they did not feel manipulated. Some were less sanguine, but it was certainly better than the last few meetings which were completely manipulated.

The result of the meeting was interesting. There was a very narrow decision to limit the Episcopal Church from participating in Communion life in three areas:

As I said, that was extremely limited and was just a slap on the wrist, but it was very significant because 33 of the Primates wanted to see the Episcopal Church disciplined in one way or another. In addition, the discipline that they imposed was motivated by using Scripture as the standard. That is really huge.

Now, however, there is an institutional crisis. Immediately following the Primates’ Meeting, TEC Presiding Bishop Michael Curry admitted that TEC had changed core doctrine about marriage and that he understood that people would be upset about that. Now that he has been back in the shark pond here at home, suddenly he is now saying that changing the definition of marriage is not a change to core doctrine. Furthermore, he said that the Primates can only decide things that relate to the Primates Meeting. He claims that nothing the Primates said applies to the upcoming Anglican Consultative Council meeting in Lusaka, Zambia. That was certainly not the understanding of the Primates! They thought that the discipline to which they agreed would be applied everywhere across the Anglican Communion.

Now, there is a crisis, and it is mostly for Archbishop Justin Welby. Out of integrity, two different times at the Primates’ Meeting, He said to the Primates, “I give you my word that I will follow the directions of this meeting.” Or words to that effect. The people from TEC who view themselves as being “large and in charge,” have already announced that they are going to Lusaka and they are going to participate and vote. Adding to the complexity, former Bishop of Southern Malawi, James Tengatenga who is the elected chair of the ACC has announced that TEC should be seated and should vote in Lusaka. It was a very strategic mistake not to get him on-side with what the Primates decided. Previously, he resigned from his diocese to take a teaching position in the US as a dean at Dartmouth. When homosexual activists discovered that he had voted and spoken in favor of Lambeth Resolution 1.10, declaring homosexual practice at odds with Scripture, his appointment evaporated. Since then, TEC has picked him up as an adjunct professor at several seminaries. I suppose it is asking a lot to expect someone to speak out against the ones who are paying his salary. I don’t know that he was compromised by the fact the Episcopal Church pays him, but it sure is hard to defend.

Now, it is clear that TEC will show up in Lusaka. Some will probably try to keep them from being seated, speaking, or voting, but I suspect that will be very hard. Africans are very gracious people. Western liberal activists are not the least bit gracious. Actually, forgive me. That was judgmental. I have never met a Western liberal activist who was gracious. I suspect that in Lusaka, there will not be enough TEC graciousness to fill a thimble. That is going to put the Archbishop of Canterbury in a very difficult spot. We should all be praying for him. He has a tough row to hoe.

We don’t yet know what will happen in Lusaka, but I can say that one way or another, it will cast the die for the future of the Anglican Communion. By early in May, we should be able to predict with some degree of accuracy what the Communion will look like. One thing for sure. There will be a huge, robust fellowship around GAFCON (the Global Fellowship of Confessing Anglicans). There will be a wonderful orthodox future for those who love the Lord and the Scriptures and desire to live under their authority. How big that group will be may well be largely shaped by what happens in Lusaka.

Bishop Atwood is Bishop of the Anglican Church in North America’s International Diocese and an American Anglican Council contributing author.