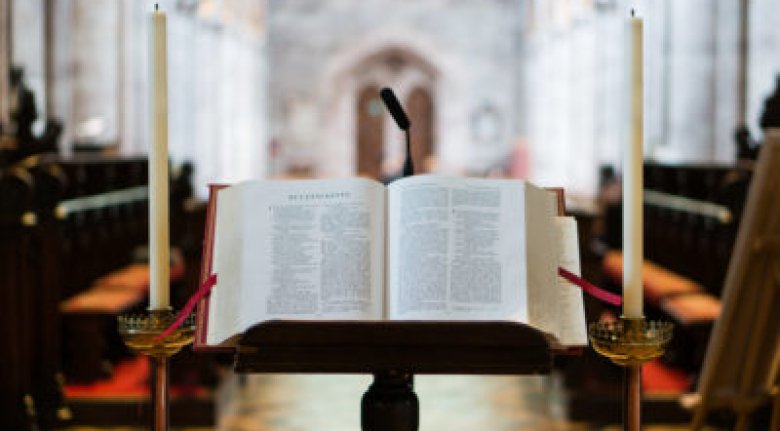 A prominent feature of the current debate about human sexuality in the Church of England is the way in which people who have their roots in the Evangelical tradition are now claiming that support for same-sex relationships is compatible with Evangelical faith. This claim is made, for example, in the recent collection of essays edited by Jayne Ozanne, Journeys in Grace and Truth, and it is also the claim that is made in David Gillett’s paper ‘Positive about Scripture: Positive about Equal Marriage.’[1]

Gillett’s paper is in two parts. In the first part he sets out his approach to the use of Scripture as a basis for Christian ethics and in the second part he applies this approach to the issue of ‘equal marriage,’ by which he means marriage between two people of the same sex.

At the heart of the approach to the use of Scripture set out by Gillett in the first half of his paper is a commitment to ‘narrative theology’ as a ‘deeper and more nuanced’ way of approaching the Bible than the one taken by many Evangelicals. Narrative theology, he says:

‘…. reminds us that the Bible is first and foremost a story, the story of God’s involvement with humanity. It is the story which provides the framework for the whole of our understanding and way of life. Its authority is transformative, not just in the truths it reveals at first glance, but in the way it invites us to inhabit the story and discover its life transforming power in our daily lives. As God’s story it has the power to change and direct all that we are and do.’

This statement is, in fact, one that would be generally accepted by even the most conservative of Evangelicals.  They would agree that the Bible is first and foremost a story, that this story is the ‘metanarrative’ that provides the framework for the whole of our understanding and way of life as Christians and that this story has a life transforming power which we are invited to discover.

Furthermore, this understanding of the Bible is not, as Gillett seems to suggest, at variance with the traditional Evangelical belief in ‘propositional revelation.’  What the concept of propositional revelation maintains is that through the Bible God reveals to us truths about himself, about our existence as human beings, and about creation as a whole, that are, or can be, expressed in terms of propositional statements such as ‘God created the heavens and the earth,’ ‘Jesus died to save us from our sins’ and ‘human beings should not commit adultery.’  It is perfectly consistent to maintain that this is true while accepting that the primary form of the revelation through which these truths have been made known to us is that of a story.

It is also not at variance with the belief that ‘the Bible has one meaning and that the will of God can be read off from the pages of Scripture so that there is a correct answer to all major questions of ethics.’  The observation that the primary form of the biblical revelation is a story is entirely compatible with this belief. If Gillett wishes to challenge this idea he needs to come up with another reason for doing so.

Gillett also refers with approval to the position taken by Walter Brueggemman ‘that there is often more than one appropriate answer to an issue when we consider a particular verse or passage of the Bible.’ What he fails to note is that the basis on which Brueggemman holds this position, namely a belief that there are unresolved ambiguities, and indeed contradictions, in the biblical text, undermines the traditional Christian belief in the authority of the Bible.

This is point that is well made by Oliver O’Donovan in his exposition of the Thirty Nine Articles. Commenting on the statement in Article XX that the Church may not ‘so expound one place of Scripture, that it be repugnant to another,’ O’Donovan notes that:

‘Unless we can think that Scripture is readable as whole, that it communicates a unified outlook and perspective, we cannot attribute doctrinal authority to it, but only to some part of it at the cost of some other part. The authority of Scripture, then, presupposes the possibility of a harmonious reading; correspondingly, a church which presumes to offer an unharmonious or diversifying reading may be supposed to have in mind an indirect challenge to the authority of Scripture itself.’ [2]

What is true of churches is also true of individual theologians.

Gillett next explains that those who take the approach to the Bible that he is advocating ‘are cautious not to use an all-too-certain interpretation of a Bible verse or passage as a way of exercising power over others.’  He goes on to say that for LGBT Christians:

‘The use of the six or so verses in the Bible, which in some way or another refer to same-sex activity, can be experienced as one group of Christians exercising power over them and forbidding to them what God wills for the whole of humanity.’

It is not clear what is meant by ‘exercising power’ here or why this is seen as a bad thing. Exercising power can be a bad thing when, for instance, power is used to the detriment of someone else’s well-being. However, the exercise of power can also be a good thing, as when someone uses moral or physical power to prevent an individual hurting themselves or others, or as when someone uses the power of rational argument to lead someone else to believe the truth.

Gillett seems to suggest that in the instance he cites the exercise of power is a bad thing because it involves forbidding to LGBT Christians ‘what God wills for the whole of humanity.’  Gillett does not spell out what it is that God wills for the human race, but in context it would seem to be the possibility of entering into a sexual relationship with another human being.  If this is indeed what is meant, it would be interesting to know why Gillett thinks that God wills that all human beings without exception should have the possibility of having sex, even if this means having sex with someone of the same sex as themselves. Where in Scripture do we find this idea?

The final point made by Gillett in the first part of his paper is that embracing narrative theology means noticing that ‘many of our fellow human beings inhabit God’s story differently from ourselves’ and that ‘I am therefore careful not too quickly to censor or criticize another Christian who has arrived at a different way of following Christ.’

The use of the word ‘therefore’ here is odd. It is not because we know that other Christians live their Christian lives in a different way than we do that we should not be too quick to censor or criticize them. The reason for not acting too quickly is surely the need to take appropriate time to make sure that we have properly understood their behaviour and how it relates to the biblical revelation. If we have taken that appropriate time and are still convinced that their behaviour truly is incompatible with what is revealed in the Bible about God’s will for his human creatures then we have not only a right, but a positive obligation, to censor or criticise how they are behaving, both in order to try to bring them to repentance and in order to protect the wider Church from being led astray by their example.

In the second part of his paper Gillett explores the application of his argument to the issue of ‘equal marriage’ by looking at how ‘a gay Christian man’ might inhabit the story of Adam and Eve in Genesis 2. He writes:

‘But for a moment allow a gay Christian man to inhabit the story. In terms of narrative theology, a gay person is there in the garden asking God to find a partner for him who is fully equal to his needs. He wishes to discover mutual support that will sustain them both as a couple through the whole of their life’s journey together and with God. As God presents various possible partners to him – as in the original drama – he sees all of these as inadequate for his deepest needs. He does not recognize one who will be a soul mate in whom depths of sexual intimacy can be found. Various young women are presented to him and, though he wants to be friends they do not awaken in him that deep recognition that here is one who is his partner for life. Then after a while a man is presented to him. There is a different level of recognition and response. This for him is the beginnings of what he has been longing for and he exclaims, ‘This at last is bone of my bone and flesh of my flesh!’ They can become one.’

The problem with what Gillett writes here is that he is not offering an interpretation of the story in Genesis 2. What he is doing instead is offering an alternative story.

The biblical story, both in Genesis, and in the Bible as a whole, sees the only appropriate sexual and marital partner for a male human being as a female human being and vice versa. There is not a single verse in the whole of Scripture that suggests otherwise.[3] Gillett does not attempt to contest this point, but instead simply substitutes a story of his own creation that contradicts what the Bible actually says.  What he is doing is equivalent to deciding that the biblical insistence that the Lord God of Israel is the only true God is too restrictive and creating a story about how someone discovered that it was right to worship other gods as well.

Gillett goes on to say:

‘My hope and prayer is that more and more people will see that there is more than one way to inhabit God’s story in the Bible. As this happens many more will be asking the church to interpret its understanding of marriage in a fully inclusive way – or at the very least hoping that others who disagree will allow blessings of same sex marriages. They will hope that the church will accept a diversity of practice – leaving two contrasting stories/interpretations on the table to allow the dialogue to continue.’

What Gillett has failed to do is to show any reason why this should be the case. The sole argument he presents for the proposition that there is more than one way to live out what the Bible says about human sexuality is telling a story that is not in the Bible and that contradicts what the Bible actually says.

What he is proposing is not, as he says in his final paragraph, ‘generous orthodoxy.’ According to the universal historic teaching of the Christian Church, orthodox theology is theology that is in accordance with the revelation that God has given to us in Scripture. What Gillett is proposing contradicts what is said in the biblical story. It cannot therefore be a form of orthodoxy, whether generous or otherwise.