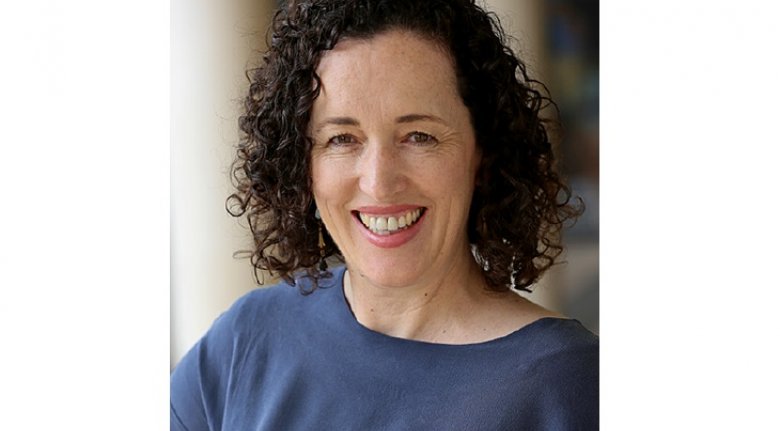 1.    Tell us a bit about yourself, what's your name, where are you from, job title, name of church.

My name is Jane Tooher and I serve on the faculty of Moore Theological College in Sydney, Australia. I lecture primarily in Ministry and Church History and I direct the Priscilla & Aquila (P&A) Centre at Moore, which aims to encourage women in a variety of ministries in partnership with men. On the P&A website we have a number of resources, including talks and articles from Peter and Christine Jensen, Vaughan Roberts, William and Janet Taylor, Mike Ovey, Mark Thompson and more.

Before joining the faculty of Moore in August 2009, I served in parish ministry in London and Sydney. Much of my focus was on reading the Bible with women, training male and female congregation members in a variety of ministry skills, and running courses for people wanting to explore Christianity.

Seeing women and men come to trust in Jesus Christ as their Lord and Saviour for the first time was a great reminder that God is still rescuing people, that preaching the gospel does work!

In 2008 I was struck by how isolated some faithful Christian brothers and sisters are in their daily ministry task within their dioceses. They battle with people who are often in positions where they are supposed to be shepherds of God’s flock. These individuals however are not committed to trusting God at his word, but rather the voice of the world. 2008 was a crucial reminder that although the diocese I am from has been evangelical for 200 years, it could quickly change if those of us within the Sydney Diocese stop trusting in God’s word above all else, and if we stop preaching the gospel of Jesus Christ, which is a gospel of repentance and forgiveness of sins, and not one of prosperity or anything else false. In addition, GAFCON 2008 was an awesome demonstration of the unity we have in Christ with believers all around the world, and the importance of standing alongside our brothers and sisters who are suffering for the gospel, particularly within Anglican structures.

At GAFCON 2013 there were many highlights, but two were most significant for me.

Firstly, I was struck by the importance of theological education for the local church. Without good theological colleges and seminaries providing orthodox training, the saints will not get equipped for teaching of the whole counsel of God. And without men and women teaching the entire Bible, then the church won’t be built, and the gospel of Jesus Christ won’t be proclaimed. If Anglican leaders are receiving non-orthodox theological training, what will their churches look like in twenty years? Sadly, we already know the answer. We also know that many people from the liberal, revisionist churches are trying to use their financial resources to entice orthodox Christians to train in their liberal colleges and to take over those which are poorly resourced in orthodox provinces. They are determined evangelists for their liberal unbiblical gospel and they are already harming churches. We need to keep working out ways Anglican leaders from around the world can access excellent, orthodox theological education so that God will be glorified. We need to strengthen and resource those colleges and seminaries where the Bible is being taught faithfully and people are being taught the truth.

Secondly, I was struck with the necessity of preaching the true gospel of Jesus Christ as I heard Mike Ovey’s talk ‘The Grace of God OR the World of the West?’. The challenge is that the West, and the Anglican church by and large has abandoned God’s grace because we have opted for cheap grace instead of costly grace. The former is a gospel which has no repentance and forgiveness of sins, and therefore no blessing from God. It’s a belief system that says, ‘I know what God thinks, he agrees with me’. It rejects God’s word as revealed faithfully in scripture. It is a gospel that is very individualistic and self-centred. It does not love God nor our neighbour. And because it is a gospel with no repentance and therefore no forgiveness of sins, its adherents are not facing God, but rather the world. Therefore, if this is the gospel we are preaching to the Western world, we have absolutely nothing to offer them - they are already facing the world. We will simply confirm them in their disobedience and lack of faith. They will still face death. The true gospel of our Lord Jesus Christ is one of costly grace that involves repentance and forgiveness of sins.

4.    What are you looking forward to most about the conference?

5.    What advice would you give to someone attending in June who hasn't attended a conference before? What can they be doing to get the best out of GAFCON 2018?

All of these resources will help you better understand the history of GAFCON. They will also bolster your understanding of, and the importance of the movement today and of contending for the faith once delivered to the saints (Jude 3).