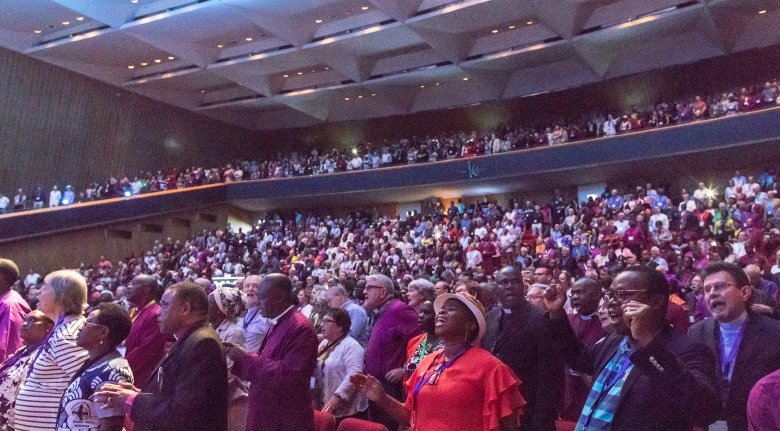 As the programme of GAFCON III unfolded, from a blank piece of paper, a pastoral “Letter to the Churches”, has emerged. It will have profound implications for the Anglican Communion. The Letter was developed as the conference progressed and was shaped by the priorities, challenges and opportunities identified during the week.

Yesterday a draft statement was received with initial enthusiasm and then the gathering dispersed into their different provincial delegations to discuss the contents and send their feedback. The aim of the consultation was to see whether the different parts of the draft received the approval of the conference and also to explore ways in which it could be developed. The consultation was a real exercise- today’s final document is distinctive in its form, content and tone.

Inevitably, the statement will resonate with different people and different provinces in different ways but five elements stand out-

This can all be summed-up in one phrase from the Letter, “As the Gafcon movement matures…”

This is a mature statement, born out of a mature process. The Letter shoulders responsibility for the future of the Communion. What began as a conference gave birth to a movement and has now come of age.

There were several rounds of spontaneous applause amongst the delegates but the loudest affirmations were reserved for two related passages. First, that Gafcon was not leaving the Anglican Communion because it is the majority of the Communion, and second, that the existing Instruments of Communion must be reformed.

The statement was received by universal acclamation from the delegates, who then broke into singing “To God be the Glory”. The atmosphere in the room reflected the excitement that this is the movement for the reformation and renewal of Anglican Communion and there is nothing else like it.