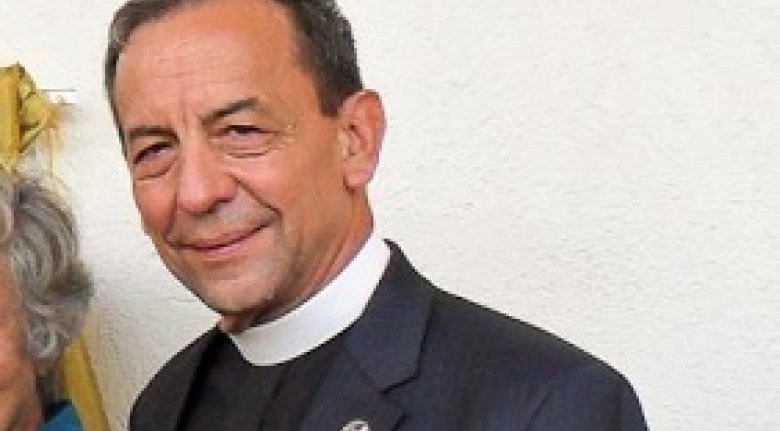 In this article, Professor Stephen Noll assesses ​the response of the Secretary General ​of the Anglican Consultative Council, Dr​ Idowu-Fearon, to the Gafcon Chairman's December letter​. ​He ​warns​ ​that the Secretary General ​is  'edging towards papalism' by making relationship ​with Canterbury ​‘the unique feature of Anglicanism’ at a time when it is increasingly clear that the Mother Church herself is not committed to an orthodox understanding ​of sexuality and gender.​

Three remarkable letters appeared this past week from Anglican sources: one from Nicholas Okoh, the Primate of Nigeria and Chairman of the GAFCON Primates Council; another from twelve Primates of the Global South Network, chaired by Mouneer Anis, the Bishop of Egypt and former Primate. and a third from Bishop Josiah Idowu-Fearon, General Secretary of the Anglican Consultative Council.

These letters have to do with an important question: who is an Anglican, and in particular what is the status of the Anglican Church in North America? The answers of the three authors could not be more divergent.

Archbishop Okoh, in explaining the recent ordinations in the Anglican Mission in England by Andy Lines, who is a missionary bishop in the Anglican Church in North America, states:

"The Jerusalem Statement and Declaration clarified that the Anglican Communion is not determined simply by relationship with the Archbishop of Canterbury. We are confessing Anglicans and historic ties, however fruitful they have been in the past, cannot be allowed to compromise the truth of the gospel."

Bishop Mouneer and his colleagues conclude: “In light of recent events within the Anglican Communion, we unashamedly remain in full communion with our brothers and sisters in the Anglican Church in North America.”

These two letters have this in common: both are from Global South Primates and both justify their declarations and actions on the basis of events since 1998 whereby two provinces in North America defied the teaching of Scripture, the unanimous tradition of the Church, and the Lambeth Conference in authorizing homosexual ordinations and blessing same-sex marriages.

The problem, these letters make clear, is not just with the Episcopal Church USA and the Anglican Church of Canada but with Canterbury itself and the Anglican Communion Office – what I am calling the Lambeth Establishment – who have stood by during these events, Saul of Tarsus-like, consenting (Acts 8:1).

Obviously, the Establishment felt it could not let these overseas Primates go unanswered, and so they sent Bishop Idowu-Fearon out to answer them.

As Advent is a season of judgment, it is perhaps appropriate to judge the General Secretary’s arguments by means of “fisking,” i.e., a careful reading and judging of his text. He begins:

There is much about our Anglican Communion which makes us unique. We are an extraordinary international family, bound together by faith in Jesus Christ and by our rich tradition.

As in most deceptive writing, there is a grain of truth mixed in with the gruel here. Indeed the Anglican Communion is extraordinary in its historic foundation in the English Reformation and in its global reach, which began with zealous English missionaries and has now been taken up by Anglicans of every nation and tribe and language and people. It is this very vision of an orthodox communion of Anglican believers that has motivated the leaders of the Global South to protest.

Anglicans indeed possess a rich tradition of biblical doctrine, historic creeds and confessions, and Prayer Book worship. It is the very coherence of that tradition which has been broken by those who departed from the faith once for all delivered to the saints. The tear in the outer fabric of the Communion has resulted from this breach of internal integrity (Matthew 6:22).

A deep respect for the Church of England and the Archbishop of Canterbury has existed among global Anglicans, who have been grateful for rather than resentful of the colonial heritage. This deference is in no small part because they received the gospel of salvation thereby; but in recent decades, this deference has been wearing thin. Fearon’s roseate picture of the recent Primates’ meeting is delusional, especially considering that three Primates from the largest African Provinces had refused to attend and seven others have now signed the Global South Network letter, which contradicts the (unsigned) Canterbury Primates’ Communiqué.

Bishop Fearon now comes to the point concerning Anglican identity. Contrary to Archbishop Okoh, he asserts: the relationship with the See of Canterbury is essential for Anglicans. You cannot be in the Anglican Communion without it.

This assertion represents an extreme interpretation of “primacy,” edging toward papalism. In fact, it suggests that Canterbury is not just a unique feature of Anglicanism but the unique feature. Note the use here of the word essential. Being in communion with the Archbishop of Canterbury is not only required for formal recognition as a Province of the Anglican Communion, but it is required to call oneself an Anglican, a point I shall return to later.

Bishop Fearon supports his claim by reference to the Lambeth Conference: The fundamental character of this relationship was spelled out by the 1930 Lambeth Conference which refers to the Anglican Communion as “a fellowship, within the one Holy Catholic and Apostolic Church, of those duly constituted dioceses, provinces or regional Churches in communion with the See of Canterbury...”

Resolution 49 from the Lambeth Conference in 1930 is indeed an important statement concerning member churches of the Anglican Communion. The Resolution goes on to say of those churches:

The standard definition of the Anglican Communion certainly calls for respect and received it uniformly until 1998. Following the 1998 Lambeth Conference, however, the adequacy of this arrangement was tested when one member church chose to violate what others consider a breach of “Catholic and Apostolic faith and order” by ordaining a practicing homosexual as bishop. The Episcopal Church USA rejected the Lambeth Resolution, turned a deaf ear to repeated pleas from other churches to repent, and invoked its provincial autonomy to do what it pleased; and successive Archbishops of Canterbury have been either unable or unwilling to exercise their spiritual “primacy” over this church and others that followed it.

In fact, it has become increasingly apparent that the Mother Church herself is not committed to the Resolution on Human Sexuality – I have written on this matter here and here – and that the Lambeth Establishment is running interference for the pansexual zealots in the West. (Since the Anglican Communion Office controls the “official” entities, the other citations Bishop Fearon gives are self-fulfilling and self-serving.)

Interestingly, the Study Committee that led to the 1930 definition of the Anglican Communion anticipated the future “risk of divergence to the point even of disruption.” In such a case, it advised, “formal action would belong to the several Churches,” with the advice of the Lambeth Conference. This is precisely what happened in a series of Primates’ meetings following Lambeth 1998, and as a result the GAFCON Primates and the Global South Primates recognized the legitimacy of the Anglican Church in North America and its Primate.

It is this action that the Secretary General and the Lambeth Establishment vehemently opposes:

We pray wholeheartedly for all churches and communities who are engaged in spreading the gospel, but it’s not correct to say that they are part of the Anglican Communion if they are not in communion with the See of Canterbury. This applies to Anglican Mission in England (AMiE), the Anglican Church of North America (ACNA), and other similar bodies.

Note once again the expansive and patronizing vocabulary: the Global South Primates are free to commune with “non-Anglican” churches, e.g, Methodists, Pentecostals, and yes, the “Non-Anglican Church of North America.” One might expect some graciousness from liberals in admitting that there have been many who love the Anglican Way and who cannot in good conscience embrace the false doctrine and practice in many contemporary Anglican churches “in communion with the See of Canterbury.”

Bishop Fearon concludes: In our Advent [sic], as we wait for the coming of the Prince of Peace, let us all pray for peace and unity among all Christians, especially those who were once part of the Communion.

In an earlier piece I described the Primates’ Communiqué as offering the “back-hand of fellowship” to the ACNA. Here it is again: “You are former Anglicans, but we pray peace and unity upon you as you go your separate way.”

The issue has been engaged: what does it mean to be Anglican and what constitutes the Anglican Communion? It is my contention that what we are seeing is the emergence of a communion of churches which builds on the heritage of the Church of England and represents the emerging leadership of the former colonial churches of the Global South. This may represent God’s true judgment on and redemption of our international family and our rich tradition.

The Rev. Dr. Stephen Noll is the Special Advisor to the Archbishop of the Anglican Church in North America on the Global Anglican Future. His book, The Global Anglican Communion: Contending for Anglicanism 1993-2018 will be available early in 2018.