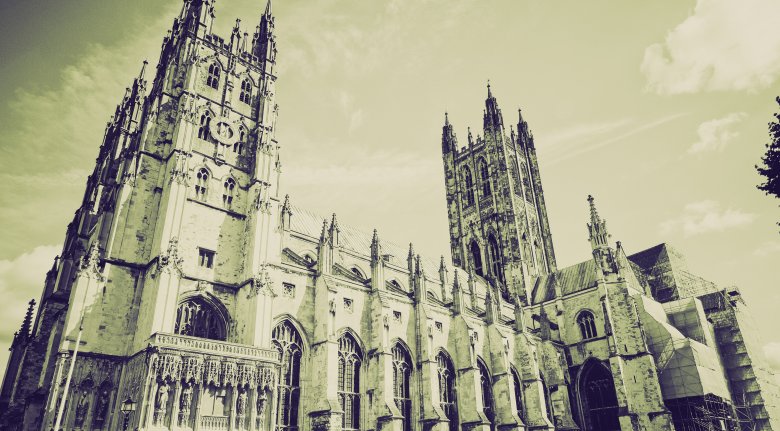 On the 31st October, it will be 500 years since Martin Luther’s 95 Theses triggered the Reformation. He was fired by holy indignation because of the way ordinary Christians were being abused by a church which was turning the need for divine forgiveness into a money making machine through the sale of indulgences, but that led him on to see the root of the problem.

The message of God’s free grace in the gospel had been buried under layers of superstition and human tradition, which Luther and the Reformers then exposed to the light of God’s Word. The recovery of the Bible as the first and foremost source of authority in the Church was the basic principle of the Reformation. Everything else depended on this and still does.

Anglicanism claims to be an expression of Reformed Catholic Christianity, but the Canterbury Primates Meeting held earlier this month shows once again that the Anglican Communion is in urgent need of a new reformation. I and a number of brother Primates (representing between us over half of practising Anglicans worldwide) did not attend as a matter of conscience. We cannot ‘walk together’ with those who have abandoned the teaching of the Bible, but that is what the Communiqué issued from the meeting encourages us to do. The painful truth is that the authority of Scripture is being replaced by the authority of Canterbury.

There is no mention in the Communiqué of Lambeth Resolution I.10 of the 1998 Lambeth Conference where the vast majority of the Communion’s bishops reaffirmed the Bible’s teaching on marriage and sexuality, including the clear statement that homosexual practice is contrary to Scripture.

Same-sex ‘marriage’ is referred to merely as a difference of understanding while the only call to repentance is to those who have crossed provincial boundaries to support orthodox brothers and sisters unchurched by leaders who have rejected God’s Word.

The Conference also affirmed the LGBTI community and their lifestyle, while unequivocally disowning the Anglican Church of North America (ACNA), an orthodox Anglican Province.

If we may be reminded, it was the unwillingness of the former Archbishop of Canterbury, Rowan Williams, to provide oversight to dissenting orthodox Anglicans in the USA as advised by the Primates Meeting that led to the formation of ACNA, to keep it in the Anglican Communion fold. ACNA is therefore authentically orthodox, Anglican and Gafcon altogether.

Let me humbly advise Canterbury here to take urgent steps to recognise ACNA as an authentic Province of the Anglican Communion before new realignments make that need unnecessary.

It appears that the Episcopal Church of the United States (TEC) and other revisionists have now got what they failed to get at the 1998 Lambeth Conference. It seems it is now ‘officially’ possible to teach the opposite of what the Bible teaches and still be fully part of the Communion, with the only penalty being a few procedural handicaps which in practice amount to very little.

Is this now how the Primates of the Anglican Communion understand ‘Walking Together’? It has become clear that the Communiqué does not represent the reality of the meeting.

Some Gafcon Primates did attend the meeting in the hope that they could make a difference, including Archbishop Gregory Venables of the Anglican Church of South America who was one of the original members of the Gafcon Primates Council in 2008. Commenting on the Communiqué, he has said ‘It does not reflect what I experienced and heard in the meeting.  That’s fine, it might be somebody’s perception, but it wasn’t my perception and that leads me to ask more serious questions.’

Our Gafcon Jerusalem Statement and Declaration of 2008 got to the heart of a painful truth when it concluded that ‘we are a global Communion with a colonial structure’ and the appearance of a few African faces in those structures does not mean that anything has changed. The Primates Meeting Communiqué does not embarrass the Archbishop of Canterbury who, as widely reported just before the meeting began, refused to answer a journalist’s direct question about whether or not homosexual practice was sinful, but it should embarrass all Anglicans who seek to live under the authority of the Word of God.

Also, the outcome of the meeting helps the Archbishop of Canterbury to continue tolerating almost routine breaches of Lambeth Resolution I.10 in the Church of England, but it does not help the global majority of ordinary Anglicans who wish to see their families and societies enjoy the great blessing of godly living.

So how should we move forward? The process of reformation is never smooth sailing, but we can be sure that as we remain faithful to our vision of restoring the Bible to the heart of the Anglican Communion, we shall have success in God’s good time. Already, Gafcon is enabling training, building global mission relationships, gathering the marginalised and resourcing Anglicans worldwide. Our next conference in Jerusalem in June 2018 will mark a further step in the great project of reformation begun ten years previously and by the grace of God will enable Anglicans around the world to walk together in the true communion of gospel partnership.