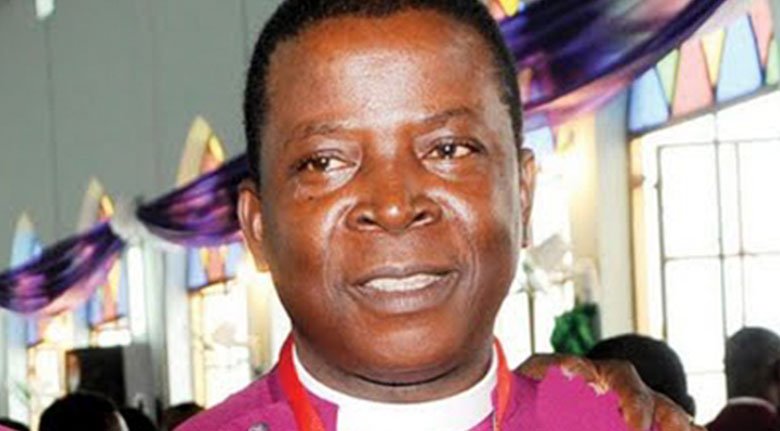 As I remarked in my last letter, because of our shared history events in the Church of England have a special significance for the whole Anglican Communion. So this month I must comment on the vote by General Synod on 15th February not to ‘take note’ of the House of Bishops report on marriage and sexuality.

A refusal to ‘take note’ is very unusual. Such a motion is usually just a formality preceding further debate. In this case, people on both sides of the argument about sexuality perceived that the report tried to face two ways. Thankfully, it recommended that there should be no change to the doctrine of marriage, but it held out the possibility that could change in the future and that for the present, in line with present practice, there should be ‘maximum freedom’ pastorally within the existing legal framework.

Following this rebuke to the House of Bishops, the Archbishops of Canterbury and York have issued a letter which seems to entrench the contradiction. They call for ‘a radical new Christian inclusion in the Church’ which not only draws on the traditional sources of Anglican authority, but also on what they describe as a ‘21st century understanding of being human and of being sexual.’

But the inclusion the gospel offers has always been radical. All are included in fallen human nature and yet all may be included in the Kingdom of God through repentance and faith in Christ crucified. While we are included in the Kingdom solely through God’s grace, this is not cheap grace and there is a great gulf between the morality of the Bible and the neo-pagan sexual morality that is now dominant in the West. We need to be as clear today as the apostles were to the churches of the New Testament that new life in Christ means a radical break with the practices and lifestyle of the world.

However, some Bishops have been quick to seize the initiative with their own interpretation of ‘a radical new Christian inclusion’. For example the Bishop of Manchester has called for ‘much more than the maximum freedom’ recommended by the House of Bishops report while the Bishop of Selby (a suffragan of York Diocese) has claimed "The majority view of the Synod therefore is that we need to explore a more creative way ahead for faithful human relationships rather than remaining where we are".

The effect of the vote in General Synod depends upon how it is interpreted. It could have been an opportunity to reaffirm apostolic teaching on marriage and sexuality, but the Archbishops’ talk of radical inclusion and a 21st century understanding has given great encouragement to those who want to bring the Church of England into line with the values of secular society.

The result is that the historic and biblical mind of the Church, as expressed by the bishops of the Anglican Communion in Lambeth Resolution I.10 of 1998, has now been downgraded to something provisional and secondary. We owe much to the Christians in Great Britain and not least the Church of England, so it is very distressing to see such confusion which is now at greater risk of being spread through the rest of the Communion.

Yet there is still hope. As Gafcon UK have already commented, ‘The confusion created by the General Synod vote on 15th February makes it abundantly clear that a new vision is now needed of what Anglican Christianity in England can and should be.’ Gafcon exists to provide a new vision of vibrant biblical partnership in mission for the Anglican Communion as a whole. No faithful Anglicans will be left behind or abandoned.

In these troubled times it is good to recover the biblical perspective that ‘here we have no lasting city, but we seek the city that is to come’ (Hebrews 13:14). Our defining centre is not a place, but a person, the Lord Jesus Christ and our ultimate authority is not a human institution, but the Word of God. We gathered in Jerusalem in 2008 in the place that witnessed the mighty acts of God in the death and resurrection of his Son and from where the Apostles were sent out to all the world. We shall return next year with great thankfulness to God for his continued favour, but our eyes will be upon the heavenly Jerusalem, the City of God, of which we are members by grace and we eagerly look forward to its full revealing when Jesus returns.

Meanwhile, let us always keep in prayer those who are suffering hardship in our Anglican family. The Church of Nigeria and other Anglicans around the world have recently sent funds to support the northern Kenyan diocese of Marsabit and part of the Church of Uganda in the grip of a severe drought affecting the whole region with many refugees. Please pray for rain and God’s supply. Here in Nigeria we are also sending relief materials to victims of the Southern Kaduna killings, which are still happening.

Finally, I want to record that the Church of Nigeria regrettably lost by death one of the courageous bishops in the North East axis, the Most Revd Emmanuel Kana Mani. He will be buried on 15th March 2017 at Maiduguri.

The Most Revd Nicholas D. Okoh
Archbishop, Metropolitan and Primate of All Nigeria and Chairman, the GAFCON Primates Council