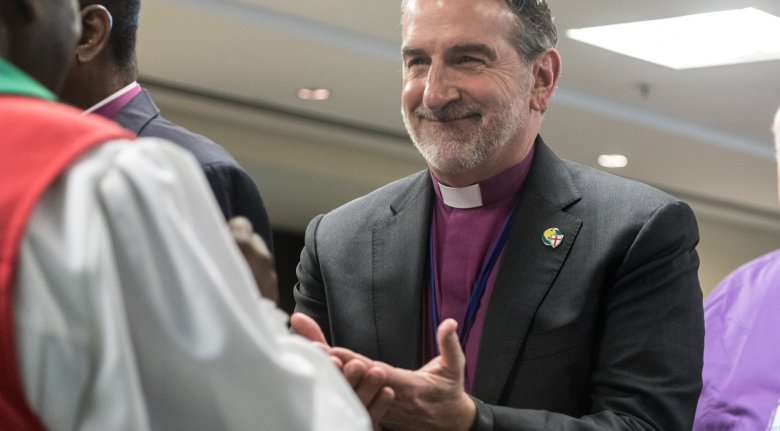 Brothers and Sisters, greetings in the Name of Jesus Christ our Lord!!

Seeking to be Biblical Christians in a global age, participants in the Global Anglican Future Conference are busy proclaiming Jesus Christ faithfully to the nations by making disciples, evangelizing those who don’t know Jesus, and speaking into corruption, economic injustices, and moral concerns in their local communities.  Here are just a few stories from around the world.

Earlier this month, a truly phenomenal gathering took place in Uganda with some two million pilgrims gathering at Namugongo near Kampala where 45 young men, both Anglicans and Roman Catholics, were martyred between 1885-87 for being unwilling to give into the sexually immoral demands of the King and his friends. In recent years, attendance has increased dramatically with many people coming from well beyond Uganda itself. It has become a great festival of worship, teaching, and fellowship demonstrating so wonderfully the vitality of African Christianity.

Archbishop Jackson Ole Sapit of Kenya was invited to be the guest preacher at the Anglican Memorial and Archbishop Stanley Ntagali congratulated his fellow Gafcon Primate for his recent announcement that he would not be attending the 2020 Lambeth Conference, saying:

‘The liberals have their money, but we have the true gospel.’

The pilgrims responded with cheering and huge applause because they understood the lesson of the Ugandan martyrs that true discipleship in every generation is sacrificial and marked by the courage to stand firm in the face of ungodly opposition.

In the diocese of Sydney, the bishops and Archbishop met and also decided they cannot in good conscience attend the Lambeth 2020 Conference.  Archbishop Glenn Davies wrote:

'It is highly regrettable to say this, but I believe the Anglican Communion has lost its moorings and has become, effectively, the “Canterbury Communion”. In other words, rather than the Archbishop of Canterbury inviting those bishops who uphold the foundational trio of the Bible, the Book of Common Prayer (1662 edition, which includes the Ordinal) and the Thirty-nine Articles, he has erred in two respects. He has failed to invite bishops who uphold Reformational Anglicanism and has invited bishops who have repudiated these fundamental truths.'

The Anglican Church in North America (ACNA) just joyfully celebrated its 10th Year Anniversary after being called into existence by the participants of GAFCON 2008 in Jerusalem.  The conference theme was “Renewing our Call to the Great Commission” and featured the release of the Book of Common Prayer 2019. The Anglican Church in North America College of Bishops prayerfully considered the Archbishop of Canterbury’s invitation for some of their bishops to come to Lambeth 2020 as observers.  Noting that the Lambeth Conference and the Archbishop of Canterbury himself are in violation of Lambeth 1998 Resolution 1.10 by inviting those who are practicing and living in direct opposition to the content and the spirit of that motion, and further recognizing that these decisions have undermined authority of the Lambeth Conference, the bishops voted unanimously to decline his invitation.  They join the Anglican Church in Brazil who made a similar decision.

In the United Kingdom we have seen St. Silas Church in Glasgow, Scotland vote to leave the Scottish Episcopal Church because of that province’s departure from Biblical moral theology. The rector, The Rev. Martyn Ayers said:

'There are many presenting issues that have caused difficulty within the Scottish Episcopal Church in recent years, but for us this is simply about the place of Jesus Christ and his words in the life of our church.  We feel the Scottish Episcopal Church has moved away from the message of the Bible, and that we cannot follow them. We have taken the decision to leave because of our commitment to Jesus Christ and his word.'

St. Silas now says it will accept the alternative oversight and fellowship from the Anglican Archbishops who lead the Global Anglican Future movement (Gafcon).

Elsewhere in the United Kingdom, the Rev. John Parker, Vicar of Fordham and Eight Ash Green in Chelmsford Diocese, has resigned because of the diocesan affirmation of the imposition of transgender ideology on children at the Church of England school of which he was a governor.

Rev. Parker is an Oxford educated biologist whose objections to the ‘training’ being given by Mermaids, a transgender activist group, were scientific as well as ethical, but a rather chilling audio recording makes it clear that no dissent was allowed:

He has received no support from the leadership of the school or the diocese and is now leaving the Church of England. Explaining his resignation from the thriving parish where he has served for 7 years, he said:

'This situation, in its entire disregard for the Christian children and parents in the school, and those of other faiths and philosophies, provided another instance of what had been made clear in previous conversations and correspondence with Bishop Stephen [Cottrell] – that my Biblical views on sexuality were not welcome in the Church of England and that I “could leave”.’

From my side of the Atlantic, all this looks sadly familiar, but we praise God that the Anglican Communion depends ultimately on the truth of God’s Word and those faithful leaders who remain true to the Apostolic Faith. Please pray for this brave man, his family, and the clergy and laity who have stood with them.  May the Lord keep us all strong and courageous as we trust unswervingly in the One who promises ‘I will not leave you or forsake you’ (Joshua 1:5).

Sisters and brothers, the Lord has given us work to do.  Let us not grow weary in our ministries reaching people in our towns and communities with the Good News of Jesus Christ!  Let us remember to gather faithfully each Sunday to worship Him in the Spirit and in the Truth.  And let us leave our places of worship each Sunday going out to make disciples of all nations and baptizing them in the name of the Father, and the Son, and the Holy Spirit.

Your brother in Jesus Christ,