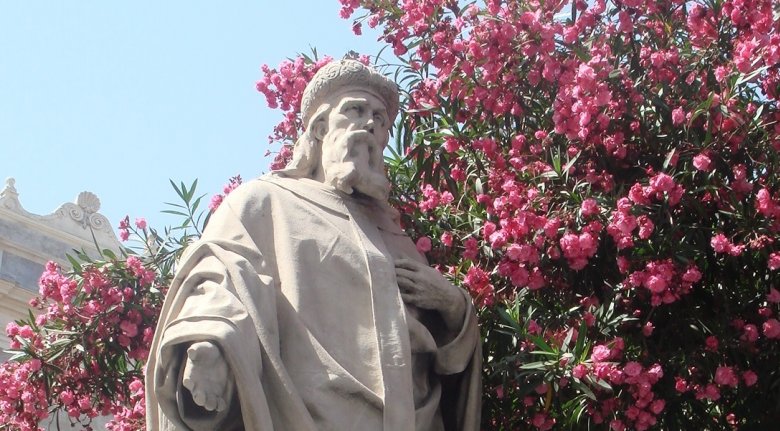 “For through him we both have access in one Spirit to the Father.” (Ephesians 2:18)

As I write, we are preparing for Trinity Sunday. The doctrine of the Holy Trinity is vital. Without it, we cannot speak truly of God in a way that is faithful to the bible. However, in the fourth century the Church was nearly overwhelmed by the Arians. They were the followers of Arius, who claimed that the Son was a created being, not really God.

If the Church had continued to follow Arius, the Christian faith would have been lost. To deny the full divinity of Jesus strikes at the heart of the Christian message that God was in Christ reconciling the world to himself.  St Athanasius is still remembered as the man who was willing to make a costly stand against this heresy.

I am reminded of Athanasius because we are facing a similar struggle for the integrity of the gospel in our time. On Thursday 8th June, the Scottish Episcopal Church (SEC) changed its teaching to allow men to be married to men and women to women.  It followed the path already taken by the Episcopal Church of the United States (TEC) and the Anglican Church of Canada.

This attempt to redefine marriage is not a secondary issue about which we can agree to disagree and continue to walk together. It means that Jesus was mistaken when he taught that marriage was between a man and a woman and that sex outside of such a marriage is a sin. It is a radical rejection of the authority of Scripture. The Church claims that it can consecrate behaviour that God’s Word clearly teaches to be sinful. According to the Bible, this behaviour, without repentance, separates those who practise it from his kingdom.

Athanasius consecrated orthodox bishops in dioceses led by Arians because he knew that the apostolic faith itself was at stake. This was the principle guiding the interventions which led to the formation of the Anglican Church in North America in 2009 and it was affirmed by over three hundred bishops in assembly at Gafcon 2013 in Nairobi. It was therefore very appropriate that on the same day that the Scottish Episcopal Church formally turned aside from the historic Christian faith, Gafcon announced that Canon Andy Lines, already an internationally recognised missionary statesman, will be consecrated later this month as a Gafcon missionary bishop for Europe.

This is not a step we have taken lightly, but from the beginning Gafcon has been committed to standing with the marginalised. Requests for help from Scottish orthodox leaders to the Archbishop of Canterbury were turned down. Indeed, the Primus of the Scottish Episcopal Church told his General Synod last year that the Archbishop of Canterbury, had assured him that he would welcome the Scottish Church to the 2020 Lambeth Conference even if it chose to change its marriage canon to include same sex unions.

So now Gafcon stands ready to recognise and support orthodox Anglicans in Scotland and elsewhere in Europe as the drift away from apostolic faith and order continues. For reasons of mission and conscience, we can expect to find a growing number of orthodox Anglican congregations needing oversight outside traditional structures, as is already the case with the Anglican Mission in England.

The creation of a missionary bishop for Europe is an historic moment. It is a recognition that the era of European Christendom has passed and that in this 500th anniversary year of the Reformation, a new start is being made by building global partnerships for mission.

So let us be strong. Let us stand with the marginalised and work tirelessly for the continuing reformation of our beloved Communion. I thank God for our fellowship and pray that he will uphold us by his unfailing presence.

“The grace of the Lord Jesus Christ and the love of God and the fellowship of the Holy Spirit be with you all”. (2 Corinthians 13:14)