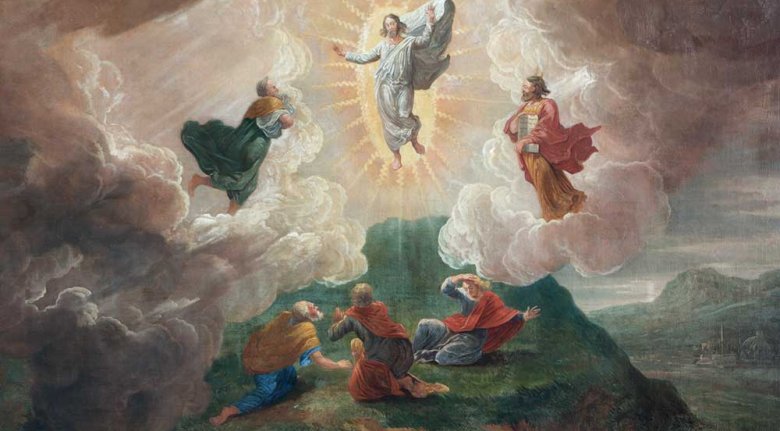 To the Faithful of the Global Fellowship of Confessing Anglicans and friends
from Archbishop Eliud Wabukala, Primate of Kenya
and Chairman of the GAFCON Primates’ Council

‘When they became fully awake they saw his glory.’ Luke 9:32


My dear brothers and sisters,

Grace and peace to you in the name of our only Lord and Saviour, Jesus Christ.

I am writing to you on the day when the Church has traditionally celebrated the Transfiguration. The veil that covered Jesus’ glory in his earthly ministry is briefly drawn aside before he begins his journey to Jerusalem and death upon the cross. While Jesus prayed, Peter, James and John slept, but we must not judge them harshly. Climbing mountains is hard work! In fact, they were so deeply asleep that the reality being revealed was not immediately clear to them, yet the impact was lasting.

Years later, Peter recalls this moment on the mountain as he writes to spiritually sleepy Christians who are in danger of forgetting the truth of the gospel and have become complacent about false teachers. He reminds them that ‘we did not follow cleverly devised myths when we made to you the power and coming of our Lord Jesus Christ, but we were eyewitnesses of his majesty’ (2 Peter 1:16).

Peter’s apostolic challenge needs to come to the Church in every generation and this is what GAFCON exists for. We are not a movement that finds its energy in division and controversy, but in the desire that all should be fully awake to the majesty and power of the Lord Jesus Christ. If the radiance of his glory has truly imprinted itself on our hearts and minds, then we will find ourselves longing for fellowship with others who share that vision and being much more alert to the tragic confusions and divisions which false teaching brings.

How is it that the glory of Jesus is recognised in the Church today? As Peter was speaking out of his ignorance about making shelters for Moses, Elijah and Jesus, the voice of God the Father interrupts him saying “This is my Son, my Chosen One, listen to him”. The same is true today. We must listen to him. But we can be much more interested in our ideas than God’s Word. We must listen to the voice of Jesus as it comes to us through the whole of the Scriptures, but the recent decisions of the Scottish Episcopal Church (SEC) and the Episcopal Church of the United States (TEC) to amend their marriage canons to accommodate so called ‘gay marriage’ remind us that parts of the Church are becoming increasingly bold in speaking what they have learned from listening to the world rather than listening to the Scriptures and the witness of the Church through two millennia.

The problem TEC in particular continues to pose for the rest of the Communion was highlighted by another but less reported resolution from its 2015 General Convention, A051, ‘Support LGBT African Advocacy’ which mandates that Church to spread its ideas to Africa. In the light of this resolution it is increasingly difficult to see what purpose the dialogue of Continuing Indaba and associated projects such as Bishop Graham Kings’ ‘Mission Theology in the Anglican Communion’ project can serve except as a means, even if unintentional, by which TEC can promote further confusion and division around the Communion.

But there is better news from North America and I continue to give thanks to God for the Anglican Church in North America which continues to grow as a church that is committed to listening first and foremost to the Word of God. The bishops have announced a ‘Matthew 25’ initiative to increase funding for ministry to the poor and have appointed a theological Task Force under the leadership of the Rev Dr Stephen Noll on Marriage, Family, and the Single Life to enable the authentic voice of the Scriptures to be heard clearly on these vital subjects.

Let us pray that whatever our situation, we shall be fully awake to the glory of the Lord Jesus. On the Mount of Transfiguration we see the one who is truly the Son of God, who is to fulfil the Law and the Prophets by his offering of himself for our sins, who will be raised gloriously from the dead and is yet to return in awesome majesty as Lord and Judge of all. May this vision capture our hearts and inspire our labour.

The Feast of the Transfiguration, 6th August 2015