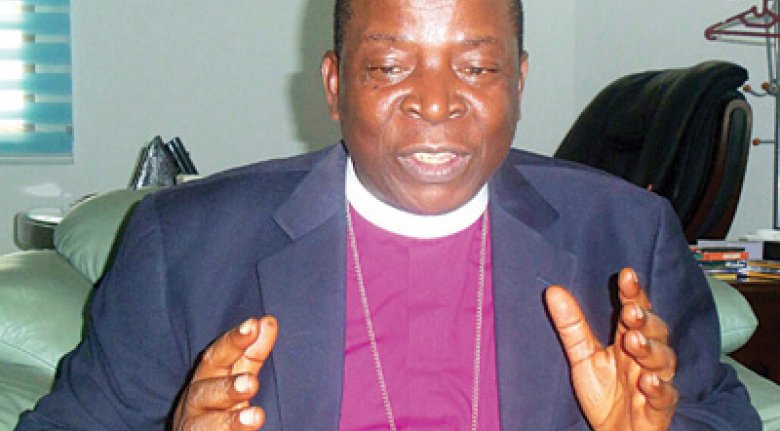 A diocese of another GAFCON aligned African province has recently decided to make a generous annual donation to GAFCON for what the bishop described as a ‘noble cause’. He is right, and we should be confident in making this claim for our movement. Not that we claim any nobility for ourselves. We are sinners saved by grace, but the grace of God at work in our lives leads us to desire that our Churches should be in line with his noble and redeeming purposes, as revealed to us in his Son and entrusted to us in the inspired Scriptures.

The Apostle Paul writes ‘Here is a trustworthy saying: Whoever aspires to be an overseer desires a noble task’ (1 Timothy 3:1). For Anglicans, bishops have a particular responsibility for godly oversight to ensure the spiritual health of those for whom, with their clergy, they share ‘the cure of souls’.  So what are we to make of the recent report by the Church of England’s House of Bishops on Marriage and Same Sex Relationships? To what extent does it reflect the ‘noble task’ of godly oversight?

The report recommends no change in the Church of England’s official teaching on marriage and sexual relationships, so we should be thankful that the bishops have resisted pressure to follow the path of The Episcopal Church of the United States, the Anglican Church of Canada and the Scottish Episcopal Church by changing the definition of marriage.

There are however serious concerns. It is urged that we must look for contradictory positions to be resolved in ways which are ‘in some way hidden from us’ (paragraph 8). No reason for this optimism is given, yet it is on this basis that the report says that it is still possible for Anglicans to ‘walk together’ (paragraph 59) and claims this was what the Anglican Primates agreed when they met in Canterbury in January 2016.

What our resolution agreed in Canterbury actually said was that while ‘It is our unanimous desire to walk together’, the actions of The Episcopal Church ‘further impair our communion’. This is in line with the Jerusalem Statement and Declaration which identified rejection of apostolic teaching on sexuality and marriage as a manifestation of a ‘false gospel’ which required godly discipline.

It seems therefore that the Church of England bishops have recommended the right thing for the wrong reason. They have retained the Church’s traditional teaching, but because they think that holding opposite views together will eventually produce a consensus, not because it represents an apostolic boundary.

This understanding is confirmed by the fact that the report encourages a relaxation of church discipline and confuses pastoral sensitivity with a permissive church culture which already tolerates, in practice, clergy who have contracted same-sex ‘marriages’. The inclusion of the Islamic call to prayer in Gloucester Cathedral as part of its current multi-faith exhibition indicates that practical challenges to Anglican doctrine in the Church of England will not be limited to questions of marriage and sexuality. This happened shortly after the reading of a passage of the Koran which denies the divinity of Jesus during an Epiphany service of Holy Communion in the Scottish Episcopal Church’s Cathedral of St Mary’s, Glasgow. This action has been strongly challenged by GAFCON UK.

What happens in the Church of England must affect the ability of the Archbishop of Canterbury to gather the worldwide Communion. There has been speculation about whether or not the GAFCON Primates will attend the next Canterbury Primates Meeting called for October this year. We have yet to meet for formal discussion, but together with our brother Primates in Cairo at the Global South Conference last October, we issued a communiqué which made it clear that we had lost confidence in the Canterbury based institutions of the Communion.

We said ‘The instruments have also sent conflicting signals on issues of discipline which confuse the whole Body and weaken our confidence in them’. Sadly, despite its merits, the English House of Bishops’ report has a similar effect.

Finally, let me pay tribute to the Revd. Dr Mike Ovey, Principal of Oak Hill Theological College, London, whose sudden death shocked and saddened so many of us in the GAFCON family and beyond. His life was an outstanding example of one who embraced the noble task of teaching the Word of God with passion, courage and great clarity.

None of us who were at GAFCON 2013 in Nairobi will forget his powerful address ‘The Grace of God OR the World of the West?’. He showed us how deeply the Western churches have been shaped by ‘cheap grace’ focused on individuals’ sense of entitlement and self-regard, in contrast to the wonderful grace of God which is received through repentance and faith and bears fruit in lives of faithful discipleship.  Let his concluding words be mine also:

‘The world’s needs are many, we all know that, but this is its greatest need, that its sins be forgiven. And that is why it is absolutely imperative that we at GAFCON preach not cheap grace, but costly grace to the world, not because we hate the world but because we love it, as our saviour did.”

The Most Revd. Nicholas D. Okoh
Archbishop, Metropolitan and Primate of All Nigeria and Chairman, the GAFCON Primates Council