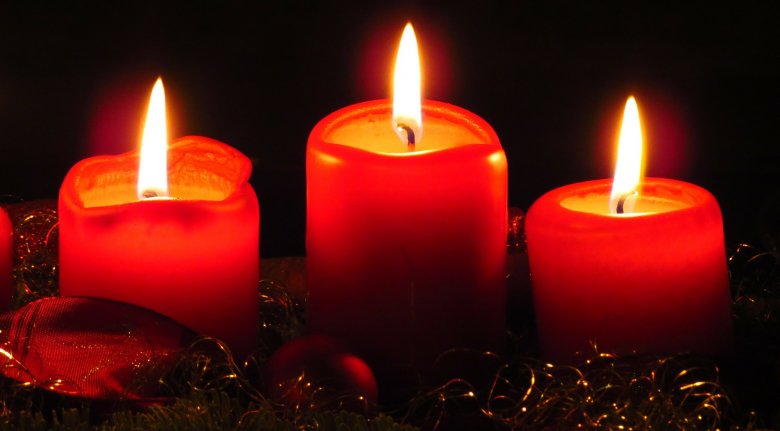 As the season of Advent begins, I am calling on all of us who belong to the GAFCON movement to make this a time when we focus our prayer and our giving on the great work God has called us to do.

At the heart of our mission is the task of restoring the Bible to its rightful place at the centre of the Anglican Communion and if we really believe its message, then everything we do will be shaped by the promise of Christ’s glorious, personal and universal return as Saviour, Judge and Lord. In an uncertain world, this is certain. The election of an outsider as the next President in the United States and the upheaval of the UK’s vote to leave the European Union earlier this year remind us of the uncertainty of human rule and the urgency of proclaiming God’s rule and kingdom.

So we must be ready and prepared, understanding the times, just as the Apostle Paul urges the Christians in Rome when he writes: ‘the hour has come for you to wake out of sleep. For salvation is nearer to us now than when we first believed’ (Romans 13:11).

At this critical point in the life of the Communion, we need your full support. Will it return to the ancient paths or sleepwalk into fatal compromise? By the grace of God, GAFCON is a movement of spiritual awakening in a Communion standing at the crossroads.

I am greatly encouraged by what has already been achieved. GAFCON pioneers new structures where old ones have failed, we are recognised as the leading voice for orthodoxy in the Communion, we are equipping key leaders, in the Jerusalem Statement and Declaration we have given the Communion a contemporary standard of historic Anglican confession and every five years the Anglican Communion has a taste of what it can become as faithful Anglicans gather in growing numbers from around the world in worship and fellowship around God’s Word.

But what especially encourages me about GAFCON is the recovery of gospel courage and enterprise. Much of the Anglican Communion owes its existence to missionary pioneers who were ready to lay down their lives because they were confident in the promises of God, however difficult their circumstances. Now, the same courage is needed to guard that legacy and re-evangelise the increasingly secular West. Let me share just two examples.

Firstly, I thank God that Archbishop Greg Venables will be re-joining the GAFCON Primates Council now that he has been elected to serve again as the Primate of the Anglican Province of South America in succession to our greatly esteemed colleague Presiding Bishop Tito Zavala.  His ministry demonstrates that courage which is so central to the GAFCON story. In his previous term as Primate, despite much opposition, Archbishop Venables bravely supported orthodox Anglicans in North America and stood with the Diocese of Recife in Brazil after it had to withdraw from the Anglican Episcopal Church of Brazil.

We are now seeing similar courage in England as GAFCON UK, led by Canon Andy Lines, endures hostility simply for speaking the truth about the increasing breakdown of church discipline in the Church of England.  There are now clergy and bishops who openly take pride in their rejection of biblical preaching and have even launched a website to encourage the violation of the 1998 Lambeth Conference Resolution I.10 on human sexuality.

But more disturbing is the response of the Church of England at its highest level. The Secretary of the Archbishops’ Council has written an open letter to Canon Lines in which he describes the Lambeth resolution as merely ‘an important document in the history of the Anglican Communion’. But this is no ordinary resolution. It has been the standard appealed to again and again in Communion affairs and most recently in the Communiqué from the Sixth Global South Conference in Cairo which describes it as representing the ‘clear teaching of Scripture’.

God has greatly blessed GAFCON, but there is much yet to do. My vision is for ordinary Anglicans in every continent to be fully alert and committed to this movement of the Holy Spirit to restore our Communion. So please visit the GAFCON website where you will find much to give thanks for and much to pray for. And please help boost our finances.  You can donate online, either a one-off gift or regular donation, here.

My brothers and sisters, may we long for our Lord’s appearing and let us pray and let us give as those who will one day stand before him in the full splendour of his majesty and power.