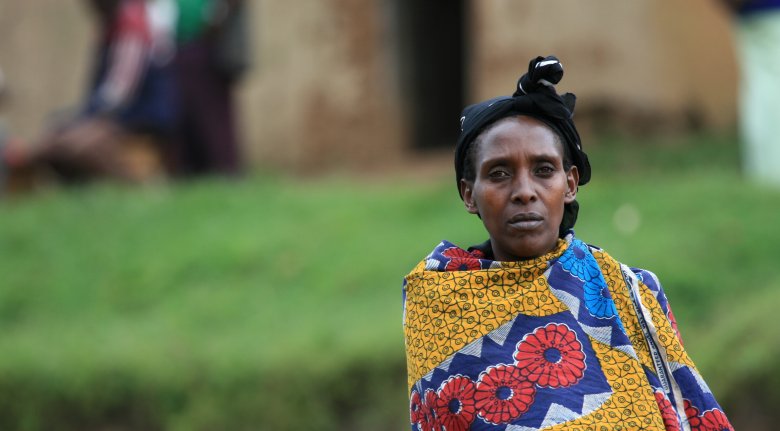 Reality in the eastern Congo

According to the United Nations, 13 million people are affected by the internal unrest in the Democratic Republic of Congo. More than 4.6 million children are acutely malnourished. Approximately 4 million people have been displaced. The worst cholera outbreak in 15 years is spreading through the country - and the UN refugee camps in Uganda. Women and children are easy targets for sexual abuse and slaughter.

Reality in the Congo is a four-year-old girl left with a scar from a machete after her mother, carrying her while preparing dinner, was brutally murdered. It’s two mass graves covering the center of Maze, a city in eastern DR Congo, after more than 40 people were killed.

This is the suffering and pain our brethren in eastern Congo are facing. Bishop Mugenyi William Bahemuka of Boga could not even articulate the root of the conflict to The Church Times: “Is it a planned insurgency that will turn out to be either a civil war or a genocide? It is becoming difficult to understand the main reason of the killings in Djugu.” Without knowing the cause, resolution will be difficult. But without resolution, the number of those losing their lives will only increase.

In a letter to the Primate of the Anglican Church of Congo, the Gafcon Primates offered their support in word and deed: “Archbishop Masimango, your fellow GAFCON Primates stand with you in prayer and in calling for peace in the region. Each one is also contacting their government asking them to pursue formal diplomatic efforts to stop the violence.”

The Anglican Church of Uganda is involved with rescuing refugees and orphans. They worked with Bishop Bahemuka to evacuate and receive 36 orphans and their caregivers. Unfortunately, because of the cholera outbreak, the refugee camps are unsafe. The Church of Uganda is working to keep these children out of the camps by caring for the vulnerable themselves.

The Anglican Relief and Development Fund has made an initial contribution to the Diocese of Bukavu and is receiving donations for continued relief efforts in eastern Congo.

Every year, on Good Friday, Christians around the world remember the passion of our Christ. We worship a God who knows what it is to suffer and is close to the brokenhearted.

Please pray for our Anglican brothers and sisters in the Democratic Republic of Congo. Pray for safety and stability, food and health, peace and reconciliation.

Please also consider donating to the Anglican Relief and Development Fund who is working with the bishops in the Congo to bring assistance. And, if you are able, contact your government to encourage international efforts toward peace.

“In the world you will have tribulation. But take heart; I have overcome the world.” John 16:33