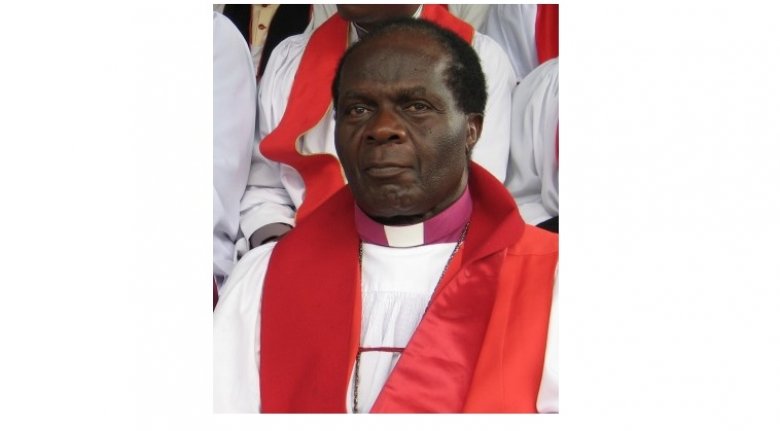 Recent members of the international community outside Uganda may not know about Livingstone Mpalanyi Nkoyoyo, the retired Archbishop of the Anglican Church of Uganda, who died on January 5. He was much beloved, and will be greatly mourned throughout Uganda.

Having known Archbishop Livingstone for more than twenty years, I want to give a brief appreciation of his person, his gifts, and his contribution to the church in his native land and worldwide. I think he is an exemplary figure for the emerging “Global Anglican Communion.”

Livingstone Nkoyoyo was a unifier. When he became Archbishop in 1994, there was talk about the Church of Uganda splitting into four sub-provinces. He kept it together, which allowed it to act as one in promoting the Gospel within the country and in responding to the crisis that beset the Anglican Communion during his tenure. He was a son of the East African Revival, but he also recognized the work of the Holy Spirit in the charismatic movement and welcomed Anglican Renewal Ministry and SOMA to the Province.

Livingstone Nkoyoyo was a visionary builder. He built up the Archbishop’s residence on Namirembe hill. He promoted the idea of a Church House in downtown Kampala which has now come to fruition. After his retirement, he oversaw the construction of Rest Gardens, a lovely retreat centre outside Kampala. And of course, he was the founding Chancellor of Uganda Christian University in Mukono. He pursued me to come as the first Vice Chancellor and gave me freedom to carry out my vision for UCU. The first major construction on campus was a large assembly hall for worship and other activities; it was appropriately named Nkoyoyo Hall. With his customary good humour, he said he thought it was a good idea to memorialize people while they are alive to see it. Now his name will be remembered by generations to come.

Livingstone Nkoyoyo was an evangelist. Archbishop Livingstone was a true successor of the apostles in doing the work of an evangelist (2 Timothy 4:5). I mainly saw him leading many missions at the University, where working hand-and-glove with Dr. John Senyonyi as a translator from Luganda to English, he reached out to students with simplicity and zeal, and hundreds responded to his call to come to Christ.

Livingstone Nkoyoyo was a man of the people. Though born into a chiefly family, he had worked as an auto mechanic before hearing a call to ordained ministry. As a Westerner I often could not fully appreciate his proverbial speech, but it was clear that he knew how to communicate not only to university students but to village people. Even before he retired, he began welcoming orphans into his home in Mukono. After retirement, this hospitality became a ministry called The Chain Foundation, which has nurtured many orphans, including blind children. The Archbishop was an example of true Christian retirement – “getting a new set of tires.”

These are quick reflections of a Westerner who came to know and love this man of God. I believe his role in the Church of Uganda and the wider Anglican Communion has been historic and will continue to bear fruit among those whom he has touched. As the ancient saying goes: “Let us now praise famous men, and our fathers that begat us. The Lord hath wrought great glory by them through his great power from the beginning.”