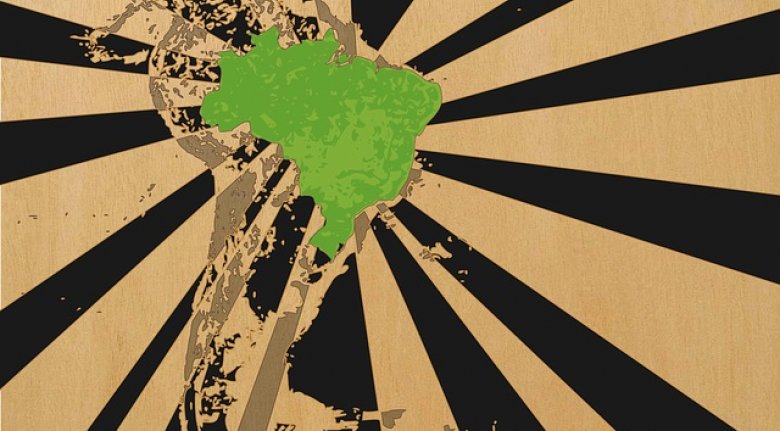 Charles Raven shows how Gafcon is playing a strategic role in the renewal of the Anglican Church in Brazil.  This article was originally written for 'Evangelicals Now', a monthly Christian newspaper based in the UK.

Most Christians in the UK probably have only the haziest idea of what Anglicanism looks like in South America. The Edinburgh Missionary Conference of 1910 inhibited Protestant and Anglican missionary work in the continent at a time when the English language was (and still is) marginal. This is unlike most other areas of the Anglican Communion where the British influence was much stronger.

This new emerging Province is based on the Anglican Diocese of Recife, an area of northern Brazil bordering the Atlantic Ocean which constitutes the eastern tip of the South American continent. Until recently it was part of the Anglican Episcopal Church of Brazil, having been planted as a missionary diocese in 1974 under the visionary leadership of Bishop Edmund Knox Sherrill, a convinced evangelical. The diocese prospered, while the rest of the IEAB declined as it fell under the financial influence of The Episcopal Church of the United States.

Matters came to a head after the 1998 Lambeth Conference. The Diocese of Recife under Bishop Robinson Calvacanti was the only Brazilian Diocese to support Resolution I.10 which reaffirmed biblical teaching on marriage and stated specifically that homosexual activity was incompatible with Scripture. This resistance to the revisionist programme led to Bishop Calvacanti, and the vast majority of the clergy who supported him, having their ministerial authority withdrawn. Fortunately, Archbishop Greg Venables, Primate of the Anglican Church of South America (formerly the Southern Cone) agreed to recognize the orthodox clergy and give them oversight until more permanent arrangements could be made.

The IEAB then began legal action to strip the Diocese of Recife of its assets and finally succeeded in 2015. As a result, on 12 March 2016, the new Anglican Diocese of Recife was launched as a new church recognized under Brazilian law with over 60 pastors and more than 45 congregations, including the largest Anglican church in Latin America, (one of the largest of all the Americas) under the leadership of the current bishop, Miguel Uchoa.

In the providence of God, this newly liberated diocese is becoming a strategic centre for mission. The GAFCON Primates have authorized Bishop Miguel Uchoa to provide episcopal oversight throughout central and northern South America for Anglican churches who are unable to continue as part of revisionist dioceses. Reflecting this wider mission, the Anglican Diocese of Recife is now in the process of reconstituting itself as the Anglican Church of Brazil.

At a recent GAFCON Consultation on Church Planting, I had the privilege of meeting Bishop Flavio Adair Torres Soares, a suffragan bishop of the Anglican Church of Recife who embodies the missionary vision of this province in the making. 33 new churches have been planted in the last five years and as well as having oversight of the church planters, he is planting a church himself! The pattern of growth is organic, being based on multiplying cell groups which build discipleship into the very fabric of the church’s structures.

None of this is happening in isolation. Bishop Miguel Uchoa is part of the leadership team of ‘Caminemos Juntos’ (Let’s walk together!), a joint venture between GAFCON aligned leaders in South America and the ACNA’s Greenhouse church planting movement based in Chicago. Their mission, to reach Latin Americans throughout the Americas, gained real momentum after the second global GAFCON Conference. Caminemos Juntos’ next gathering for all of the Americas will be held in Recife from 5-7 October 2017.

It has been said structures follow life and that principle is being worked out in South America as new structures driven by the gospel emerge. In Bishop Miguel’s words what is at stake is this: “For them (the IEAB) faith is an expression of the spirit of the age and the multi-faith vision is accepted. Jesus is just part of God’s revelation, but never the only one. For us, Faith is our only reason to live, faith in Jesus Christ alone as Saviour and Lord”.

It is sobering to remember that when the Archbishop of Canterbury talks of the Anglican Communion ‘walking together’ he includes Provinces like Bishop Miguel describes. Thankfully, the emergent Anglican Church of Brazil and the Caminemos Juntos are demonstrating a very different ‘walking together’. The future of the Communion depends upon which path its leaders will walk.