ACNA: A Call to Faithfulness 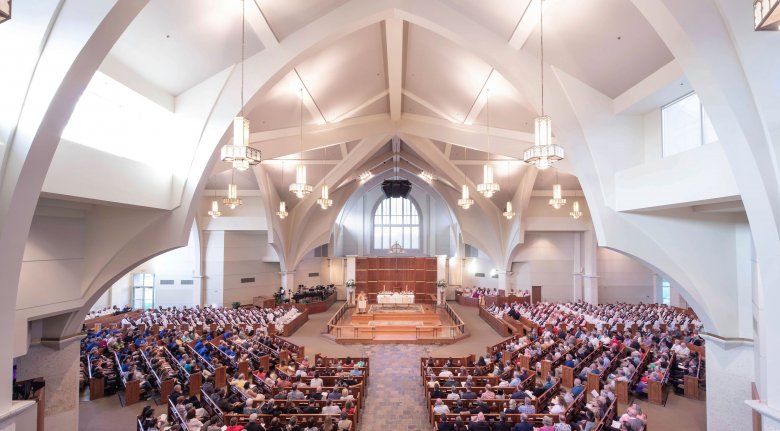 The Assembly theme was ‘Discipleship: Renewing Our Call to the Great Commission’ with cross-cultural mission and church planting very much to the fore. Over 1,100 attended, including ten Anglican Primates, Archbishop Benjamin Kwashi of Jos, Nigeria and General Secretary of GAFCON, and representatives from some 23 countries.

This strong international flavour reflects the fact that the ACNA has from the beginning been an exercise in global Anglican partnership, called into being by GAFCON at its first Jerusalem Assembly in 2008 as orthodox Anglicans were being hounded out of their traditional spiritual homes in Canada and the United States.

Although the focus was overwhelmingly positive on fulfilling the Great Commission, it was also a living demonstration of the Anglican realignment.

Earlier this year, the Archbishop of Canterbury invited representatives of the ACNA to Lambeth 2020 as ecumenical observers and Archbishop Foley Beach rightly declined, noting that he had in fact never left the Anglican Communion. Primates representing the majority of the world’s practicing Anglicans had participated in his installation in 2014 and the presence of so many Primates and other international visitors in Plano five years later has reaffirmed that recognition.

So this tenth anniversary was a very significant event not only for American Anglicanism, but for the Anglican Communion as a whole. It demonstrated the truth contained in a recent article by the Archbishop of Sydney, Glenn Davies. Reflecting on Archbishop Justin Welby’s invitation to bishops in same-sex marriages to Lambeth 2020 he observed:

‘It is highly regrettable to say this, but I believe the Anglican Communion has lost its moorings and has become, effectively, the “Canterbury Communion” ’.

What is happening to Anglicanism in North America is emblematic of the global realignment. Structures follow life. While the American Episcopal Church (TEC), upon whose money the ‘Canterbury Communion’ is increasingly dependent, continues to decline the ACNA steadily grows and now has a membership of some 135,000 (about seven times the size of the Scottish Episcopal Church).

None of this is surprising. TEC and the Anglican Church of Canada merely echo the dominant culture, whereas the ACNA offers authentic apostolic Christianity. And whereas revisionism in North America has been the cause of global division, the ACNA has managed to unite disparate styles and traditions in a solidarity which comes from a common purpose to reach the lost rather than nursing resentment for the injustices of the past.

A mark of this unity and maturity was the launch during the Assembly of the 2019 Prayer Book, and its debt to Cranmer’s liturgy is immediately evident. The rise of the ACNA and the growth of the GAFCON movement shows that Cranmer’s great experiment, which we now call Anglicanism, has not failed. It is set to flourish as never before on the global stage; tragically it is Canterbury that has failed, and yet too many English Anglican Evangelicals maintain a faint air of superiority towards their American counterparts and too few have found their courage.