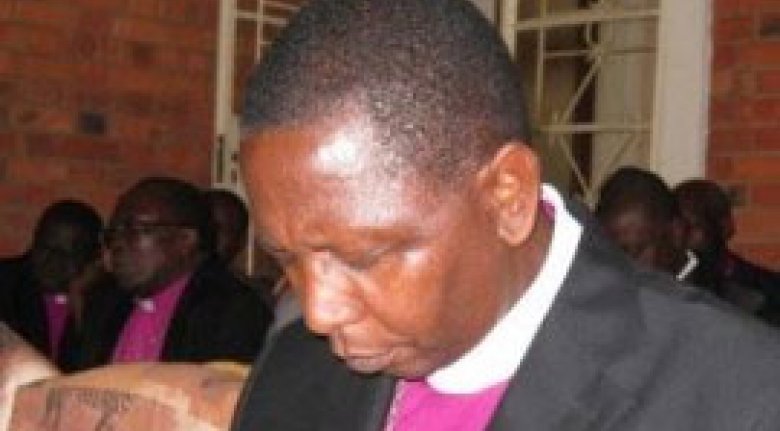 Dear Bishops, Clergy, and Lay Leaders in the Church of Uganda,

Greetings in the mighty name of our Lord Jesus Christ!

The beginning of 2016 has found me heavy in prayer for two burdens.

UGANDA. My first burden has been for our great country of Uganda, her leadership and her ongoing peaceful development. We have voted for our next President and Members of Parliament; local elections are also underway. I congratulate Ugandans for turning out in big number to exercise your right and responsibility to vote. This is a big step forward in our development as a democracy.

As the electoral process continues to unfold, we ask you to be known as a peacemaker in your community and to engage the process with integrity and peace. Let’s all work together to serve the common good and development of all Ugandans. And, above all, to PRAY for our country.

ANGLICAN COMMUNION. My second burden in prayer has been for our beloved Anglican Communion. As you know and have heard me and our leaders say many times, the fabric of the Anglican Communion was torn at its deepest level in 2003. The Episcopal Church in America (TEC) elected as Bishop a divorced father of two living in a same-sex relationship. Not only was this a direct violation of the Bible, but it violated Resolution 1.10 of Lambeth 1998 which rejected “homosexual practice as incompatible with Scripture…and cannot advise the legitimizing or blessing of same sex unions nor ordaining those involved in same gender unions.”

There was an emergency meeting of the Primates of the Anglican Communion in October 2003 and our retired Archbishop Nkoyoyo attended that meeting in London. All the Primates in that meeting agreed that if TEC proceeded to consecrate this man as a Bishop, it would tear the fabric of the Communion at its deepest level, and that TEC should not proceed with the consecration. Even the Presiding Bishop (Archbishop) of TEC agreed to this resolution.

Yet, immediately after the meeting ended, the TEC Presiding Bishop held a press conference outside of Lambeth Palace and told the press that he would preside at the consecration scheduled to take place just a few weeks later.

We felt so betrayed. We wondered how the TEC Presiding Bishop could agree that their consecration should not proceed – how he could agree that if he presided at that consecration that it would tear the fabric of the Anglican Communion at its deepest level – and then immediately turn around and announce that he would do it anyway. It was a double betrayal – betraying the clear message of the Bible and betraying an agreement the Primates had made unanimously.

Thirteen years later, the Primates of the Anglican Communion gathered last month in January 2016 in Canterbury to discuss what to do about the fact that not only had TEC torn the fabric of the Anglican Communion at its deepest level in 2003, but they have since changed the definition of marriage to no longer be a lifelong union between one man and one woman. There is a new Presiding Bishop in TEC and a new Archbishop of Canterbury. We were cautiously optimistic that the tear in the fabric of our communion could be repaired and betrayal healed.

The overwhelming majority of Primates voted that there should be relational consequences for TEC because they are officially promoting false teaching. They should, therefore, not be allowed to represent the Anglican Communion in ecumenical and interfaith dialogues. Likewise, they should not be allowed to vote on matters of doctrine and polity within the Anglican Communion.

This was an important, symbolic vote because it was a rebuke of TEC. It also enabled the Primates of the Anglican Communion to re-state their commitment to the doctrine of marriage as between one man and one woman.

But, it was only a symbolic vote; it was not a substantive vote. Recent statements from TEC and other leaders in the Anglican Communion have since made this clear. Let me highlight two:

The Presiding Bishop of TEC (The Episcopal Church) stated during the Primates Meeting that TEC would not change its position on offering “marriage” to same-sex couples, and he has repeated TEC’s commitment to a definition of marriage the Bible does not recognize. In other words, the Primates decision will have no impact on TEC.

TEC’s delegates to the upcoming April meeting of the Anglican Consultative Council (ACC) in Lusaka have stated that they intend to go to the meeting, participate in the meeting, and vote during the meeting. The Chair of the ACC – former Malawi Bishop James Tengatenga – has announced that TEC will be part of the meeting and will vote during the meeting. He stated that the Primates do not have the authority to tell the ACC what to do. Since the ACC is governed by its own Articles of Association, it does not have to follow the resolution of the Primates Meeting.

Brothers and sisters in Christ, it is like we are back in 2003 where we continue to be betrayed by our leaders. The Primates voted to bring discipline to TEC and, yet, we now see that the leadership of the Anglican Communion does not have the will to follow through. This is another deep betrayal.

As you know, I excused myself from the Meeting before the Primates voted. My sense of the meeting at the time was that the leadership was not serious about restoring godly order in the Communion. Even after the vote was taken, I confess I was not convinced that it would have any impact on the common life of the Anglican Communion and, therefore, would not restore Biblical faith and godly order in the Anglican Communion.

Unfortunately, this is what we are seeing. A spirit of defiance against Biblical faith and order has infected the structures and leadership of the Anglican Communion. It is a very sad season in the life of our Anglican Communion.

The 2008 GAFCON Jerusalem Statement observed that the Instruments of Communion themselves were broken and incapable of doing the needful. Even if the people in those positions of leadership were serious about restoring Biblical faith and order, the way the Provinces of the Anglican Communion relate to one another – the structures of our fellowship – are themselves broken. For this reason, GAFCON laid the foundation for a conciliar approach to global communion through the creation of a Primates Council for oversight and the legitimising of authentic expressions of Anglicanism around the world.

In 1995 a new constitution for Uganda was approved, and, as a country, we are learning how to live together under this rule of law. The high voter turnout, interest in the elections, and engagement in the electoral process should be a big encouragement to all of us.

At the same time, I look at our beloved Anglican Communion and can only conclude that it needs a new “constitution” – the way the so-called Instruments of Communion work together is broken. Our GAFCON Fellowship seeks to bring renewal to the Anglican Communion through the Jerusalem Declaration – keeping the Word of God Incarnate and the Word of God written at the centre of our fellowship, upholding the historic Anglican confessions of faith, and using a conciliar model to order our common life.

I appeal to you, during this season of Lent, to please continue to pray for Uganda and for the Anglican Communion.

The Most Rev. Stanley Ntagali

ARCHBISHOP OF CHURCH OF UGANDA.