A lot has happened during 2019, and we give praise and thanks to God for His faithfulness to this growing movement of Global Anglicans. Watch our round up of 2019 here and we hope that you will stand with us as we move forward into the new year: 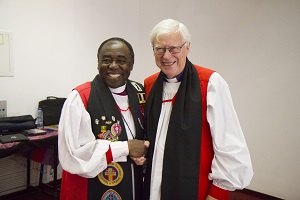 G19 Dubai was a conference for delegates who were not able to attend the gather in Jerusalem 2018 for political reasons. Many were from situations where serving the Lord Jesus is extremely costly. After the dreadful Cyclone Idai in Mozambique, the Gafcon Sustainable Development network took the initiative to work with one of the most affected dioceses to partner with Anglican Aid and Anglican International Development to raise relief funds. Recovery project planning and evangelism training followed. The Gafcon Primates met in Sydney. They elected a new Chairman, Archbishop Foley Beach of the Anglican Church in North America (ACNA) and authorised Gafcon’s 10th Network, for the Suffering Church, as requested by the delegates at G19. 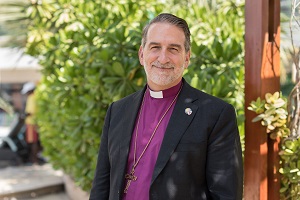 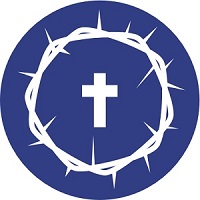 We held our 5th Bishops’ Training Institute in Kenya for newly consecrated bishops and their wives so that they can focus on their ministry, evangelism and administration effectively in their dioceses.

Just 1 year to go until the Kigali 2020 bishops’ conference in Rwanda and  the ACNA celebrated the 10th Anniversary Assembly of their launch which followed the first Gafcon Assembly in 2008. 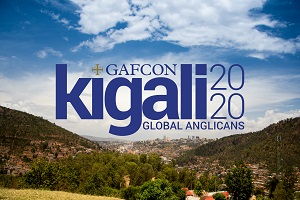 Bishop Elnail Andudu of Sudan, and Bishop Michael Nazir-Ali spoke at meetings held around the capital of the United States, Washington, D.C. as the U.S. State Department held the 2nd annual Ministerial to Advance Religious Freedom around the world. 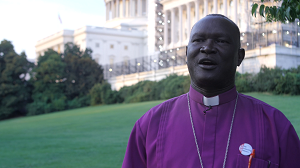 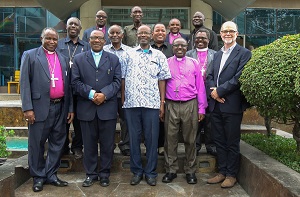 The Church Planting Network gathers representatives from around the world at the New Wineskins Conference for a church planting workshop. Also, the Network partners with CRU (Campus Crusade for Christ) and the Christian Motorcycle Association (CMA) to provide evangelists is each of the 11 Rwandan dioceses with a motorcycle and a Jesus Film backpack for evangelism and church planting. Some 900 people came to Christ in the first month of the project. 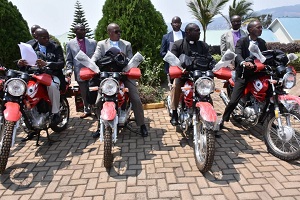 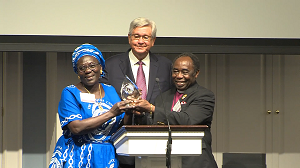 In addition, an autobiographical account of Archbishop Ben Kwashi by Andrew Boyd, was released called, “Neither Bomb Nor Bullet: Benjamin Kwashi: Archbishop on the front line” 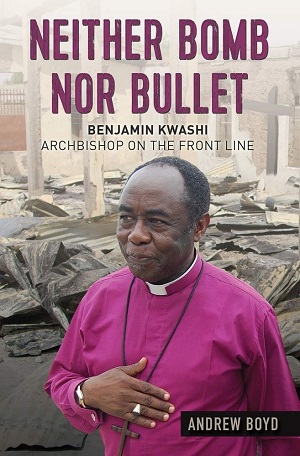 Gafcon held the first Bishops Training Institute outside of Africa. BTI6 was held in Recife, Brazil and hosted by Archbishop Miguel Uchoa. Revd Jay Behan was consecrated as the first bishop of the Church of Confessing Anglicans Aotearoa New Zealand (CCAANZ), an extra-provincial diocese for faithful Anglicans. 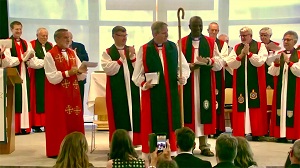 The Anglican Church in Brazil continues to grow, and we reported on the parade of worshippers through the streets of Cabo to their new building which has 400 person capacity. Archbishop Foley visited Pakistan to support and encourage the growing Anglican Church, even in the midst of persecution. 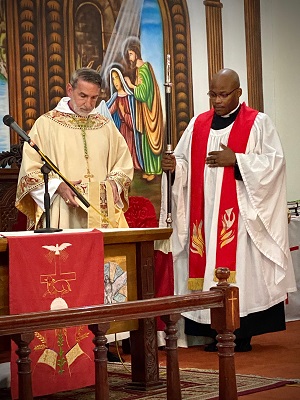 Gafcon launches ‘Lift Up Your Hearts’, daily devotions to encourage faithful global Anglicans in their walk with the Lord. 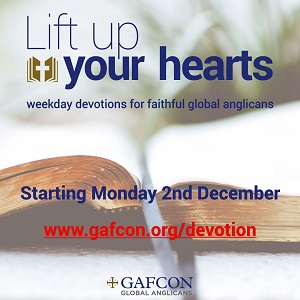 If you would like to give financially to support the vital ministry of Gafcon, please click here.