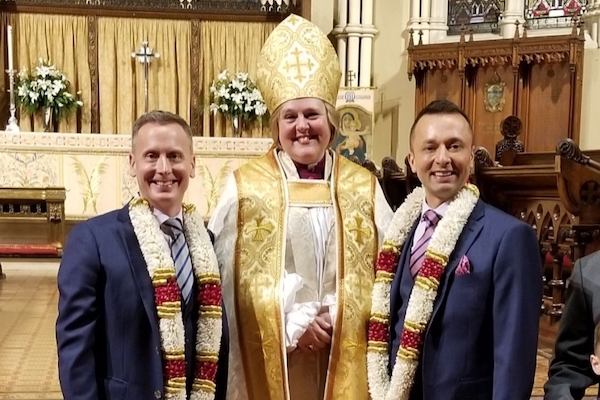 Plans for the 2020 Lambeth Conference are descending into chaos. In a promotional video, the Archbishop of Canterbury stated that “of course all bishops’ spouses will be invited.” This surely meant that the wife of Bishop Mary Glasspool (New York, USA), the husband of Bishop Kevin Robertson (Toronto, Canada) and the husband of the soon to be consecrated Bishop Thomas Brown (Maine, USA) would be invited.

However, according to a blog written on 15th February by the Secretary General of the Anglican Consultative Council, Dr Josiah Idowu-Fearon, the spouses of the three bishops in same-sex unions were not to be invited. It then emerged that the Archbishop of Canterbury had spoken to each of the bishops in private to explain that it would be ‘inappropriate’ for their spouses to attend due to Resolution I.10 of the Lambeth 1998 Conference which affirmed the bible’s teaching on marriage being between ‘a man and a woman’. Yet the bishops in these same-sex unions will be invited along with those who consecrated them, “married” them, and endorse their life-style which is contrary to the Lambeth Resolution and to Scripture.

The announcement from the Secretary General has caused ripples throughout the Communion. The Executive Council of The Episcopal Church (TEC) USA has approved a resolution which finds the decision inconsistent with TEC’s definition of marriage.

The Bishop of Liverpool in England, Paul Bayes said that he would attend Lambeth 2020, but without his wife in protest and a Member of Parliament in the United Kingdom called for the Lambeth Conference to face court action because the decision could equate to workplace discrimination.

And the University of Kent, which is set to host the conference for the 3rd time says that the decision to ban same-sex spouses is inconsistent with the university’s inclusive and progressive ethics, and they will provide accommodation for the same-sex spouses despite Justin Welby’s decision to exclude them. The College of Bishops in Toronto has issued a statement in which Bishop Robertson says his partner will attend the conference next year and the words ‘excluding same-sex spouses’ have been removed from the official Lambeth website.