Why Do We Have No Peace of Soul? 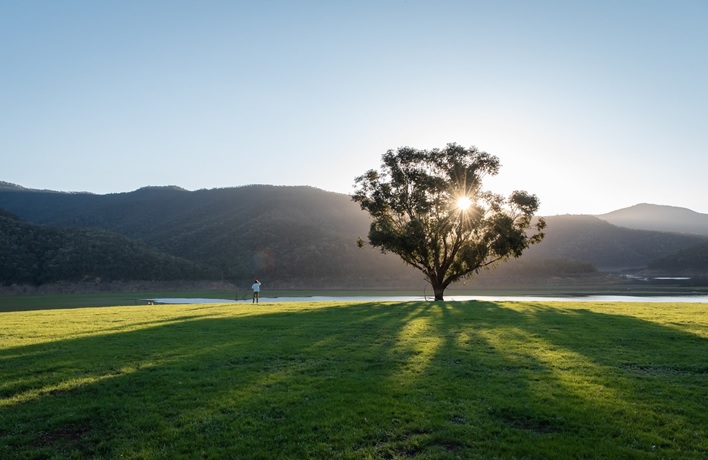 Dorotheus, a sixth century abbot in Gaza, was widely known for his practical spiritual advice on how Christians are to live in community.  His sole aim was to edify his listeners, teaching them not in a theoretical way, but on the basis of everyday reality, in words that were uncontrived, clear and simple, using many scriptural quotes and examples. While not intended to be explicitly doctrinal, Dorotheus' down-to-earth teachings were thoroughly saturated by the faith of the Church.

Let us see, my brother, why it is that sometimes when a person hears words that hurt him he can let them pass by without any bother as if he had not heard them, while at other times, as soon as he hears them he is troubled and upset.  My question is - what is the cause of this difference? Is there one reason for this or are there many? I think there are several, but there is one in particular which is the source of all the others, as the saying goes: it results from the state of mind the person is in at that particular time.

For example, when someone is caught as he comes from prayer or contemplation, he is then in the best of dispositions and is able to put up with his brother and remain undisturbed,  It may be that he has great affection for the other and so, out of love, puts up patiently with everything. But it can also happen that he despises the one who wants to upset him, regarding him as the lowest of men and not worth even a reply. Nor would he even consider mentioning his slights and insults to someone else.

Hence, as I said, it can be that a man is not disturbed or upset because he has only contempt for the things that are said to him and ignores them. The brother who insults us may upset us either because we are not at that moment in the right mood or because we dislike him intensely. There are many other reasons as well which are described in different ways. But if we examine the matter closely, we can say that the reason for all disturbance is that no one blames himself.

That is the reason for every taking of offense and upset. This is why at times it is impossible to find peace of soul. Nor should we be surprised at this, since it is the teaching of spiritual men that there is no other way of peace for us. This we can see to be true in so many people.  And yet we hope for peace but do not follow their teaching. Or, we believe that we are on the right path while we are irritated by everything and cannot bear to take any blame upon ourselves.

That is the way things are. A man may indeed accomplish innumerable good deeds, but if he does not master this he will never attain peace. Instead, he will always oppress himself and oppress others and his labors will go for nothing.

Almighty and everlasting God,
you despise nothing you have made
and forgive the sins of all who are penitent:
Create in us new and contrite hearts,
that lamenting our sins and acknowledging our weakness,
we may receive from you, the God of all mercy,
perfect forgiveness and peace;
through Jesus Christ our Lord.
Amen.