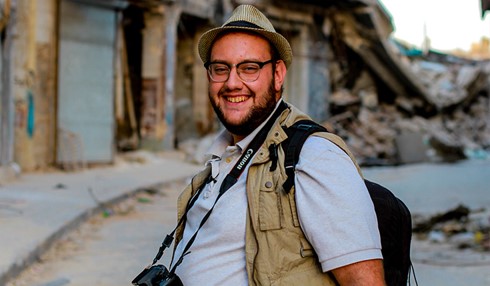 Yesterday we looked at those who are persecuted and martyred on earth in the light of Eternity. When we obey the Biblical mandate to be their advocates, we discover the depth of their earthly suffering – and it is hard to bear. But knowing what we know from the Revelation of Jesus to John, we know whose they are. We see their ultimate triumph and victory, their everlasting joy, worshipping the God who gives them salvation.

But the answer to “who are these?” while it is the answer, is not the complete answer. If we are to see our persecuted brothers and sisters as Jesus sees them, we intercessors and advocates must have a more intimate relationship with them. They are not an issue or a statistic. They are not even just a “great multitude – way too many to count.”

They are fellow Christians who go to church – whether in a church building, a home, a secret location, or under a tree. They are men and women with spouses in prison, some with death sentences. They are children whose fathers are slaughtered on Libyan beaches or taken off buses and shot to death in Nigeria’s Middle Belt. They are students who are abducted from their classroom or killed walking on the road. They are individuals.

A film about the Persecuted Church, Christians in the Mirror, shows a number of Christians from Egypt, India, Iraq, Syria, and Sudan with an intimacy that is both sweet and heartbreaking. One of the most powerful aspects of the film is seeing brothers and sisters who have suffered for the sake of Christ as unique. They are as unique as the person we see when we look in the mirror! Each person that is followed in the film is so different from the next, but they are all members of the Body of Christ and suffer persecution for His sake.

One story in the film is about Antoine, a millennial from Aleppo, Syria, who takes us on a tour of his ruined, bombed-out city. He walked the streets wearing earphones to drown out the sound of war. Antoine declares, “We visit, listen to music (he likes Coldplay), play cards, eat, and have conversations because these things matter. After living in war for seven years, the best way to fight ISIS is civilization. We prefer to continue living, knowing that at any time we could die.” His faith and his defiance of ISIS are intertwined.

Antoine is a real character. But his true character and courage shine through when he explains that he would love to travel someday, but for now, he stays in Syria for his country and its Christians. Someday, he says, he will tell his children that he did not run away.

I can imagine God’s love for Antoine. I can imagine Jesus knowing that the defiant bravado and insistence on as much normality as possible hide the fear and loneliness in Antoine’s heart, because He sees Antoine – and all our persecuted brothers and sisters – the way He sees every one of us: as individuals He created. Every hair on their heads is numbered. (In Antoine’s case, the number seems to be lessening!) Who is this? This is God’s beloved child.

Scripture (this is NOT meant as an exegesis of verses, but as ways I find helpful to attempt to express God’s love for His persecuted children.)

•    Arise, my darling, my beautiful one, come with me. See! The winter is past; the rains are over and gone. Flowers appear on the earth; the season of singing has come, the cooing of doves is heard in our land. Song of Solomon 2: 10-12
This passage from the love song in which we find symbolism of Christ’s love for the Church (and God’s love for Israel) can be seen not just as a promise for persecuted Christians and all those who suffer, but as an expression of God’s gentleness and tenderness towards them.

After the fall of the Berlin Wall, when my parish, Church of the Apostles, had Christian visitors from former Soviet republics in Eastern Europe – Hungary, Czechoslovakia, Romania, and East Germany, we gave each of these precious brothers and sisters a plaque with those verses on it. The winter of Soviet oppression was past; the rains of tyranny were over and gone.

•    Who is this coming up from the wilderness leaning upon her beloved? Song of Solomon 8: 5
Here’s another passage that speaks of a gentle, loving God. He tenderly holds His child who suffered for His sake close to His heart and she leans on Him coming up “from the wilderness.”

Many persecuted Christians speak of God’s consolation and comfort even in the midst of suffering.  And just as the Persecuted Church in Eternity are “these” who are Christ’s, each individual is “this” one man, woman, or child receiving His undivided attention as He brings them out of the wilderness and into Heaven. But in addition, when our brothers and sisters are freed from persecution here on earth, we need to pray for them to know how to lean upon their Beloved. They need healing of soul, spirit, and body through God’s tender embrace.

Listen to this beautiful worship song by worship leader Ruth Fazal to rest in Jesus’ love and restore your own soul. Watch Christians in the Mirror with friends and consider inviting filmmaker Jordan Allott (InAltum Productions) to either put on a screening at your parish or provide materials for you to have a screening. Pray for the embrace of the Beloved for all those Christians who have come out of the wilderness of persecution but need healing of memories and to have the wounds of trauma uprooted out of their lives.

Photo: Antoine of Aleppo, Syria in the film Christians in the Mirror (Photo credit: Jordan Allott)

Keep praying the Daily Office Psalms on behalf of your persecuted brothers and sisters. Here are a couple of verses from today’s Morning Prayer Psalm that make a great prayer for the persecuted – pick a specific country, like Syria, and put it in!
Oh LORD, please be a defense for the oppressed in Syria. We thank You that You will be a refuge in the time of trouble for the Christians in Aleppo, and throughout Syria. Give grace to Antoine, and all of the believers in Syria who know Your Name to put their trust in You, for You, LORD, have never failed those who seek You. Amen. (Psalm 9: 9 & 10).