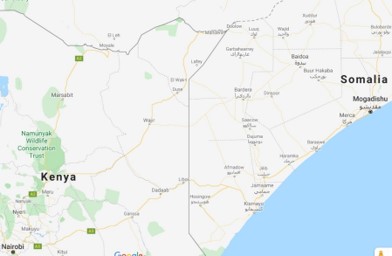 We will never ever surrender our nation or our faith in Christ to those who glory in death and destruction. We will not be intimidated because we know and trust in the power of the cross.

- The Most Rev. Eluid Wabukala, upon the killing of 147 Christian students at Garissa University, April 2015

Today we start looking at some specific situations of brothers and sisters in Christ who are being persecuted and threatened with even more persecution. We start with Kenya because of very disturbing news that has come out of northeastern Kenya. I would ask you to pray as you read, and throughout the weekend. Please share this news about what Christians in northern and eastern Kenya are facing with the rest of your church family, and hold this persecuted part of our global church family up for prayer in your Sunday services.

On Monday, March 2, The Christian Post reported that al-Qaeda linked Islamist jihadist group from Somalia, al-Shabaab, has “ordered” all Christians to leave three counties in northeast Kenya. According to Christian human rights group International Christian Concern (ICC), al-Shabaab’s spokesman, Sheikh Ali Dhere, has said that “there is no need for the presence of disbelievers” in Garissa, Wajir and Mandera counties and that local Muslims should get all of the jobs currently held by Christians and other non-Muslims.

Al-Shabaab’s ultimatum and the threat that accompanies it comes in the wake of other incidences of horrific persecution of Christians. In January, The Christian Post says, three Christian teachers were murdered in the town of Kamuthe in Garissa County during an attack on a primary school. It is believed this attack was carried out by al-Shabaab.

There have also been attacks on Christians traveling by bus in which the Christians have been singled out and killed. Most recently, on Wednesday morning, February 19, al-Shabaab militants wearing police uniforms attacked a bus. They murdered two Christian men, Peter Kilnozo Musili and Kevin Onyango, for not reciting the Shahada according to ICC. The group also reported that a Muslim man, Abdi Abinoor, was also killed by the militants for trying to protect the Christians. Another bus attack in December 2019 also involved singling out Christians from several denominations.

One of the most horrific attacks by al-Shabaab in this region was the slaughter of some 150 Christian students at Garissa University in during Holy Week, April 2, 2015. But al-Shabaab does not restrict its murderous rampages to the northeast corner of Kenya. They were, of course, the jihadist group responsible for the infamous Westgate Shopping Mall attack.

One of the Psalms in today’s Daily Office is Psalm 6. Let’s pray using verses 8-10 particularly for northern and eastern Kenya:

We thank you, LORD, that You have heard the weeping of Your people in northeastern Kenya. You hear the voices of those in Garissa, Mandera, and Wajir counties, and all of the places where al-Shabaab is working wickedness. Oh God, please hear our petitions, our prayers on behalf of Kenyan Christians who are persecuted for the sake of Jesus, their Savior. Be with our precious brothers and sisters in the Anglican Church of Kenya, and in all of the Body of Christ and protect them. By the power of Your Holy Spirit, would You please confound al-Shabaab. Bring them to total confusion. Confuse their plans, confuse their minds, and wreck their communication systems. Infuse them with Your own communication system. Let them feel shame and remorse and fear as the truth of who You are is revealed to them. And let the conviction of Your Holy Spirit in their hearts bring them to repentance and to the Cross. Amen.

Pray for northeastern Kenya with the following prayer points:
- God’s protection over bishops, priests, pastors, evangelists, teachers, disciple-makers, and others, along with their families, who share the Name and love of Jesus in areas hostile to the Gospel.
- More and more dreams and visions of Jesus to Somali and Kenyan Muslims to reach them with the Good News of Jesus who died for them.
- Divine wisdom for the Kenyan government in dealing with this crisis.
- Supernatural protection for the Kenyan Army and all security services, especially in Garissa, Mandera, and Wajir counties, and for ability to prevent attacks from happening.
- Provision and comfort for those who have lost loved ones.