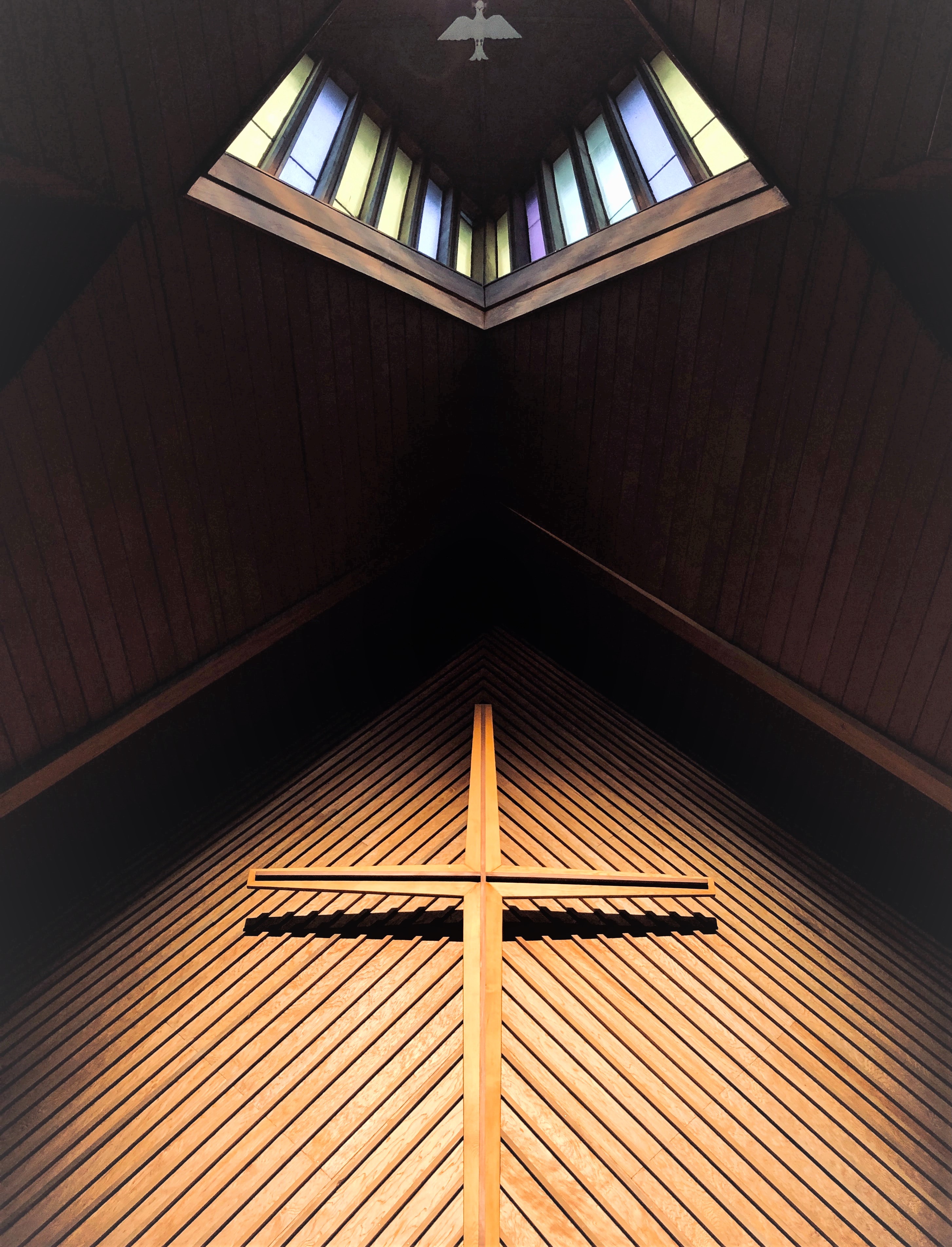 The Sarum Rite, the principal Latin liturgy in medieval England, did not refer to the Ascension in the collect for the following Sunday. Cranmer and his fellow compilers decided to go in a different direction. Because of their emphasis on our need for the Holy Spirit in the Christian life, they repurposed an antiphon from Vespers for Ascension Day instead. The ancient text read:

O Lord, King of glory, Lord of virtues, who today didst ascend in triumph above all heavens, do not leave us orphans, but send upon us the promise of the Father, even the Spirit of Truth.

While Cranmer found in this antiphon the raw material for his new collect, his refashioning was still not yet done. The antiphon was based on John 14:16-18 as found in the medieval Vulgate Latin Bible. But in his pioneering English version of the New Testament, William Tyndale had translated the Greek word “orphanous” by its alternate meaning, “comfortless.”  The Church of England’s Great Bible of 1539 did likewise. Cranmer followed suit in the collect, but went even further, doubling down on the translation by refining the following clause which stated the purpose of the Holy Ghost: “we beseech thee, leave us not comfortless, but send to us thine holy ghost to comfort us.”

Why was associating comfort with the Holy Spirit so important to Cranmer? Because so often the medieval Catholic church associated shame and self-loathing with the Spirit’s work in bringing salvation. Roman penitential theology taught that sinners had to punish themselves so God would not have to. At the very least, sinners had to punish themselves emotionally, and sometimes even physically. Thomas More, the Roman Catholic saint executed by Henry VIII, famously wore a hairshirt under his rich robes and beat his back with a whip.

But it was not enough to despise yourself because of all the awful consequences your sins had brought upon you, including God’s wrath and the threat of eternal damnation. Sinners had to hate themselves because they had offended God, the one they loved the most because he loved them more than anyone else in the world. However, the medieval church also taught that love for God is the fruit of the Spirit. Consequently, only its handiwork in human hearts brought about the self-loathing out of a deep love for God which alone brought divine forgiveness. The purpose of confessing to a priest was to give the Holy Spirit the means to bring about this level of regret and shame, both by the cleric’s intrusive questioning and the power of the sacrament.

The English Reformers rejected the entire medieval penitential system, but especially the notion that it was the work of the Holy Spirit to produce shame and self-hatred. They agreed that recognition of sin in the light of God’s law was a part of the work of the Spirit.  But conviction of sin was different from self-condemnation because of sin. As Jesus says in John 3:17, “For God did not send his Son into the world to condemn the world, but to save the world through him.”  Romans 8:1 says, “Therefore, there is no condemnation for those who are in Christ Jesus.” Our emotional response to our sins is never the basis for divine forgiveness but a burden from which the promises of the Gospel delivers us. According to the Reformers, the Holy Spirit comes to show sinners their need for the unchangeable worth that God’s love for the unworthy has bestowed on them in the free gift of salvation. Then the Holy Spirit helps them live into that worth by moving them away from sin to live closer to God and his ways.  Cranmer embedded this understanding of the Spirit in his 1552 Holy Communion service.  In response to the recitation of the Ten Commandments, the people were to say: “Lord, have mercy upon us, and incline our hearts to keep this law.”

“We beseech thee, leave us not comfortless, but send to us thine holy ghost to comfort us.”  Here is the heart of the pastoral theology which shaped the formularies of the English Reformation.  We need to recover its biblical truths today, for so many evangelicals claim to be heirs to the Reformation, but their Christian life is shaped by medieval assumptions.  They feel the best way to prove their loyalty to God is by hating themselves when they fail him.  So many Christians today believe that if they just shame themselves enough when they sin, that such deep emotional pain will give them the power to be different in the future.  So many biblical Anglicans today rely on themselves, their self-loathing, their determination, their strivings, to do better for God. But the Bible, as recovered in Cranmer’s 1552 prayer book, shows us the truth.  The Father has sent the Holy Spirit to give us comfort.  He alone works in us true assurance of our forgiveness.  He alone works in us the power for new life.  He alone sheds in our hearts the love for God that binds us to him, to others and to our true selves.  He alone writes God’s promises on our hearts, and that makes all the difference.

Let us pray for the comfort of the Holy Spirit to come to us afresh, by praying once again Cranmer’s Collect for the Sunday after the Ascension.

O God, the king of glory, which hast exalted thine only son Jesus Christ, with great triumph unto thy kingdom in heaven; we beseech thee, leave us not comfortless; but send to us thine holy ghost to comfort us, and exalt us unto the same place whither our savior Christ is gone before; who liveth and reigneth with thee, and the holy Ghost, one God world without end. Amen.

Rev. Rinzi Lama reports from the Anglican Church in Nepal that the pandemic situation in 2021 is worse than in 2020. 'People are fearful and searching for hope in their life.' Pray for their ministry, organising practical support and holding out the word of life.