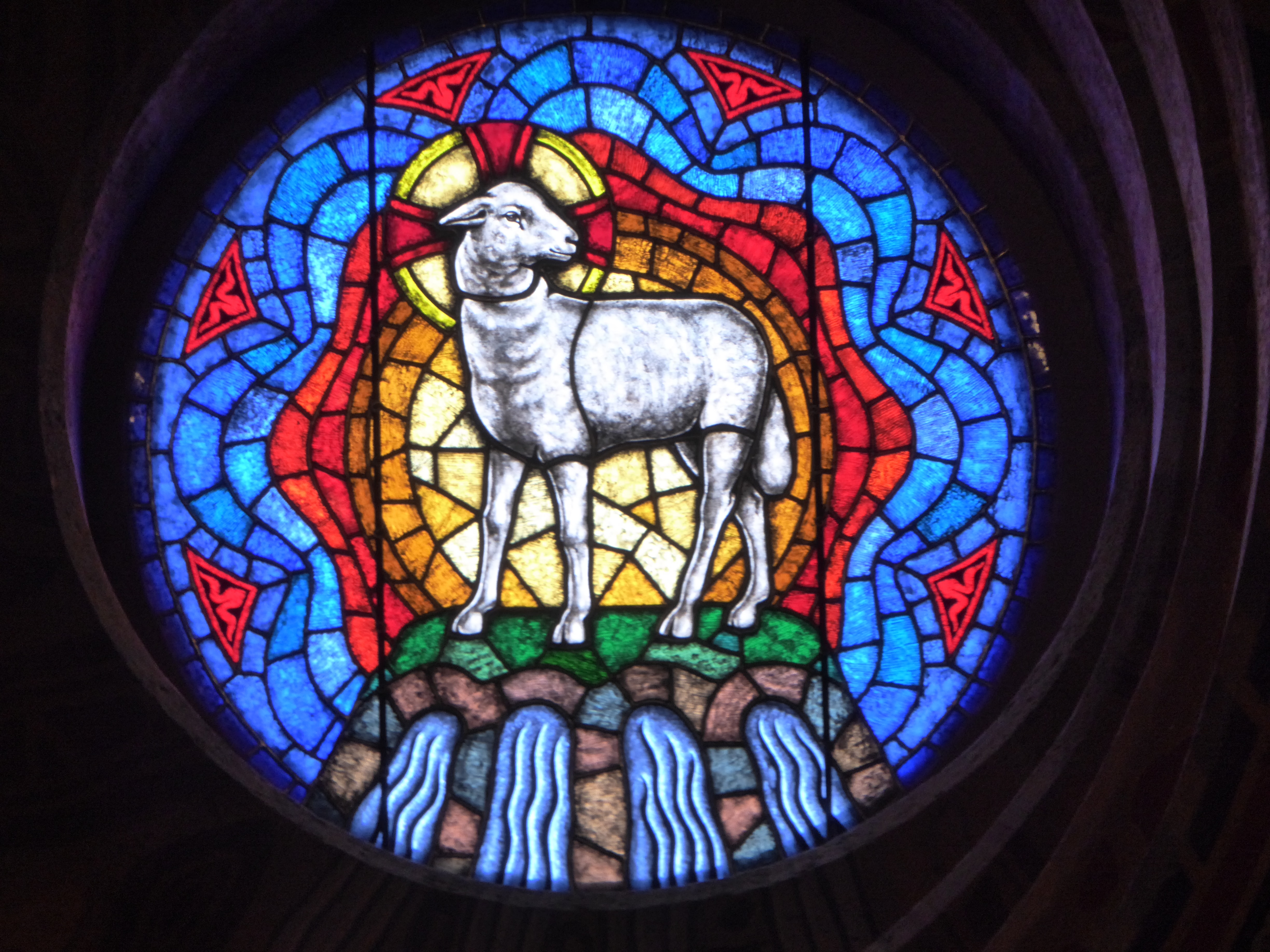 ‘Then I saw a Lamb, looking as if it had been slain, standing at the centre of the throne, encircled by the four living creatures and the elders. The Lamb had seven horns and seven eyes, which are the seven spirits[a] of God sent out into all the earth.’ (5:6).

There are two things to note in particular with regards the Lamb.

First, it is a sacrificial lamb (‘looking as if it had been slain’), like the ones used during the Exodus to ensure that the Angel of Death passed over God’s people (Exod.12:3-6). It is also not possible to miss the association with the lamblike servant of Isaiah 53 (Isa. 53:7).

Second, it is a powerful lamb, having seven horns, symbols of princely strength (Dan. 7:24; 8: 21-22) and seven eyes which are the ‘seven spirits of God’, indicating omniscience (all knowledge) and omnisapience (all wisdom), (Zech. 4:10 and Isa. 11:2: cf. Rev. 1:4). Neither should it be overlooked that omniscient ability is something which belongs to Yahweh alone, rendering him fit to execute the judgement: ‘I Yahweh search the heart and test the mind, to give every man according to his ways, according to the fruit of his deeds.’ (Jer. 17:10). In this vision, that ability is ascribed to the Lamb which is a further indication of his divine nature.

These two attributes of the Lamb would have been of particular relevance to John and his readers undergoing hardship and persecution because of their allegiance to Christ.

When facing difficulty certain pressing questions come to the fore: ‘What is to become of Christian believers who appear subject to unseen spiritual powers often operating through political structures? Will they be crushed between conflicting forces or swallowed up by world events?’ The answer is ‘no’ because this One has the knowledge and insight of God as well as the power and might of God to protect and preserve his people. He can strengthen because he is strong; he can see who needs help because he is all-seeing, ‘For the eyes of the Lord range throughout the earth to strengthen those whose hearts are fully committed to him’ (2 Chron. 16:9). This is the message of the horns and the eyes of the exalted Lamb. He strengthens by sending his Holy Spirit who is pictured as ‘the seven Spirits of God’ not because there are seven Holy Spirits but because he is the perfect Spirit of God, complete in all the power and goodness of the Godhead.

In this one version we are presented with the triune God: Father, Son and Holy Spirit in complete control over everything, working together in all things for the sake of the people for whom the Lamb of God was slain in order to save (cf. Rom.8:28).  If

God has gone to such lengths to rescue his people, there can be no greater lengths to which he will not go to preserve them. Here we see that God loved all that there was and gave all that he had. Jesus is now Lord of the Spirit; the Spirit of God is his ‘everywhere-agent’, which means there will be no failure of communication or operation.

It is also important to notice where the Lamb, comes from, namely, the throne itself. He is already standing at the centre of the throne; he doesn’t have to approach it. The significance of this spatial imagery is that it is God, in the person of his Son, who takes the initiative to execute salvation and judgement. The act of salvation, like the act of creation, is wholly, unreservedly and exclusively the work of the triune God, both being acts of love.

Lord Jesus, you are taking me to the feast of all feasts—the wedding feast of the Lamb; but long before that Day, you, yourself are my portion, banquet and feast—Bread from Heaven, my nourishment and satisfaction. Though enemies threaten, you feed me, anoint my life with your grace and Spirit, and cause my cup to spill over with blessings, for the benefit of others. Amen.

The Youth and Children's Ministry Network. Pray for the continuing networking of leaders from different parts of the world to share and develop resources for passing on the baton of faith to the next generation.